At least 118 women and girls have been murdered across the country so far this year, according to an annual report by the Canadian Femicide Observatory for Justice and Accountability – a statistic for researchers that is alarming in its predictability.

“The numbers have not shifted. They have remained pretty much the same,” said Nneka MacGregor, executive director of the Women’s Centre for Social Justice in Toronto.

“It [raises] the question, what can we as society do better? Do differently? There’s a lot of time, energy, good intentions, and resources being allocated. And yet the shift in the public consciousness, and the shift in the actual numbers of women who’ve died – we’re not making that type of dent that we want to make.”

The report comes on the 30th anniversary of the École Polytechnique massacre at the University of Montreal. That shooting – which left 14 women dead – thrust the term misogyny into the public discourse in Canada.

This reality was driven home again, the report says, when the videotaped police interview of Alek Minassian – charged with 10 counts of first-degree murder and 16 counts of attempted murder in connection with Toronto’s April, 2018, “van attack” – was released publicly earlier this year. In it, Mr. Minassian said that he was at least partially motivated by the “incel” (involuntary celibate) movement, and the lack of attention he received from women.

“The fact is, he’s not alone – and [the incel movement] is becoming a bigger movement that people don’t seem to be taking seriously," said Ms. MacGregor, a member of the CFOJA. "And it’s something the violence-against-women sector has been screaming about ... for years.”

Of the 118 murders of women and girls in 2019 – a figure the report cautions is likely low, given that at least 21 other deaths have been flagged by police services as suspicious – perpetrators were identified in 98 cases. Of those, a man was the primary accused in 87 per cent.

Where a method of killing was identified, shooting was the most common (36 per cent), followed by stabbing (29 per cent) and beatings (19 per cent).

Location-wise, the highest rates of femicide were found in Nunavut, followed by the Yukon, Manitoba and Alberta. The lowest rates (where femicide still occurred) were in Nova Scotia, Quebec, and Newfoundland-Labrador.

Myrna Dawson, director of the CFOJA, believes these statistics reiterate the importance of addressing gender-based violence.

“We need to ask ourselves why – given these trends which are well documented, women and often children killed by firearms, typically rifles or shotguns, in rural areas – [this] is not a concern for our leaders? For the public?”

Ms. MacGregor, who spent three years on a federal advisory council on gender-based violence, said the report highlights a need for federal action.

“In 2020, are we going to have the same statistics? Are we going to be asking the same questions?” she said. “There is a real, real need for a national action plan on violence against women. This is the time when Canada needs to create one.” 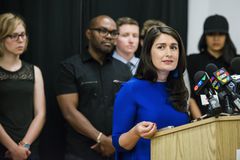 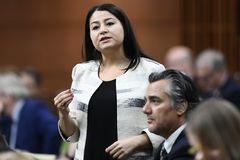 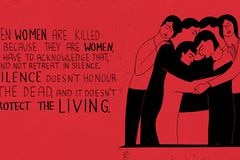