The impact that universities have in this country is infinite. These institutions don’t just educate the next generation of leaders and innovators, they shape the way that Canadians understand themselves and their country. They decide which issues are worthy of study and which people should be doing that research. Especially in smaller cities, universities can serve as the nucleus of a community, the cultural hub and a major employer. As institutions of higher learning, universities have an added ethical and moral obligation to be equitable in their practices — and yet our analysis shows they have among the worst track record on gender representation.

The Globe and Mail collected data from 82 universities across Canada. Of those, 19 are in Quebec and had to be excluded from the wider salary analysis because they only released information for the most senior employees. Quebec universities could be included in the gender breakdown of the “power positions.”

In the case of Ontario, some of the largest universities — such as the University of Toronto and Western University — have affiliated colleges that the Ontario government discloses as independent schools, even though the degrees state the name of the larger university. For reasons you can read more about in our methodology, the Globe has reported these institutions in the way that they were disclosed: as separate universities. However, we have noted their affiliations.

Only high-income earners are included in public sector salary disclosures. In most cases, it applies to employees who earn $100,000 or more. In provinces with a lower threshold, the Globe removed the employees below that six-figure bar. Alberta is the only province that sets a higher threshold. In 2017, that number was $127,765. (The provincial government in Alberta has a lower threshold.) The Globe’s data comes from the 2017 or 2017/2018, depending on how the organization handles its fiscal year. (Read more about our methodology.)

Overall and in leadership roles, women working at universities were outnumbered and out-earned. (When calculating the gender divide among “power positions,” the Globe included the president in the overall representation number, but not the average salary.)

Breaking down the Power Gap

But the real story with these post-secondary institutions was the way that women’s numbers visibly dropped off on the way to the top. To better understand where women are in the workplace, the Globe assessed each entity’s gender representation at individual salary levels. Large entities — those with 100 or more six-figure earners — were examined with 10 bands. Smaller ones with five.

Across all four pillars, the Globe noticed a similar trend in many organizations: women’s careers seemed to be stalling out well before the top. Women were there at the beginning of the pipeline — in the lowest salary band — but at some point on the way up the ladder, their exodus seemed to accelerate. This pattern was most clearly visible in universities. At the lowest salary band, women represent just shy of half of all the employees, but by the top 10 percentile of earners, they’re outnumbered three to one. The drop off starts right away, but it’s small at first. It isn’t until the mid-way point that women’s numbers start to plummet.

The gender divide in academia

Most schools have three levels: assistant professor, associate professor and full professor. With each step up, there is better pay, more job security and more professional prestige. The Globe’s data showed that women are concentrated in lower-level academic positions. (Schools did not routinely specify the department associated with each position, so it was not possible to examine gender divides by subject matter.) 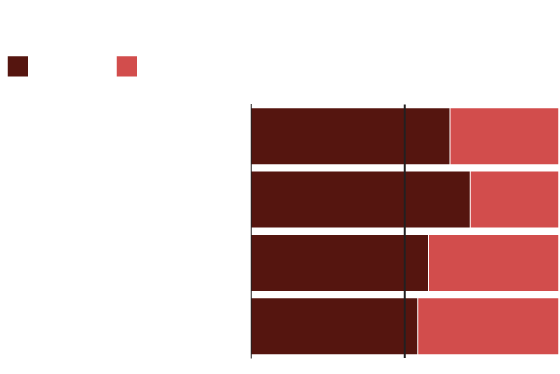 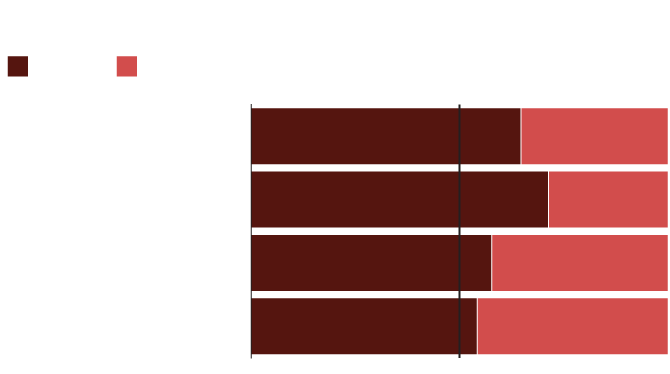 For each university, the Globe analyzed the top 1 percentile of earners. On average, women were again outnumbered about four to one at this salary threshold. Of the 74 women in this category where the Globe could determine race, 10 are women of colour.

Below you can explore the gender breakdown at individual universities and filter the results by province. The majority of schools show a clear tipping point where women begin dropping out off more rapidly.

= Read their response
There are no results based on your search

The Power Gap on leadership teams

Using common job title keywords — such as president, vice-president, provost and vice-provost as well as rectrice, vice principale, vice rectrice, and secrétaire générale — and publicly-available organizational charts and executive team biographies, the Globe identified employees that held key decision-making roles at each university. These are the executive “power positions.” (A reminder that Quebec’s disclosure included data for senior positions, so those entities could be included in this section.) At universities, women are outnumbered three to one among university presidents.

Female representation of positions in power by entity

Below you can explore the gender breakdown among power positions at individual universities.

= Read their response
There are no results based on your search

Explore the Power Gap
in these other public sectors

Read more from this series