Elise Thorburn is a politically savvy community volunteer in St. Johns, N.L., who normally votes in elections. But she said that last Friday, she purposefully let the deadline to apply for a ballot in Newfoundland and Labrador’s provincial election sail right by.

“The whole thing felt confusing, the deadlines were constantly shifting and changing. It felt really undemocratic that (the election) was being forced on people at this time,” she said in an interview Tuesday.

Thorburn said she thinks a lot of people are frustrated, feeling left behind by party leaders and an elections authority that didn’t seem to care if they voted. “It certainly won’t feel like whoever wins has any kind of popular mandate to do anything,” Thorburn said. “And that seems scary when the issues that are facing us right now are so important”

Elections Newfoundland and Labrador estimates about 120,000 people contacted them through phone, fax, email and an online portal to request a mail-in ballot ahead of last Friday’s deadline. About 68,000 others voted in advance polls or by special ballot, Elections NL spokeswoman Adrienne Luther said.

With 368,135 people registered to vote, that means roughly 51 per cent of them have cast a vote or requested a ballot – which would be a historic low turnout for the province. The lowest turnout to date was in 2015, when 55 per cent of registered voters ended more than a decade of Progressive Conservative rule with a majority Liberal government.

Newfoundland and Labrador’s provincial election was thrown into chaos early this month as a COVID-19 outbreak flared in the St. John’s metro region. In response, Elections NL first delayed in-person voting for half the province, and then cancelled it for everyone, saying votes would instead be cast by mail. The office extended its deadlines to request and submit ballots as it battled overloaded phone lines and a crashing website.

But those gains could be offset by electors who don’t return their ballot at all, or by those who don’t have it postmarked by the March 12 deadline. “We can’t be certain until everything is processed,” she said.

On Wednesday, the Newfoundland and Labrador NDP party launched a new website to collect people’s stories about voting – or not – in the election, as well as their suggestions for improving the experience. In an interview, NDP Leader Alison Coffin said the province desperately needs to change its elections legislation and the information collected through the site could help inform that process.

“The only thing we can do right in this instant is ensure that those who did register to vote, that they get their ballot and they get their ballots back in,” Coffin said. She said it’s hard to hear stories like Thorburn’s but she hopes they, too, will inform a legislation overhaul.

Coffin said she”s “of course” worried about the overall voter turnout. “I’m more worried (about) people not having the opportunity to choose their fate in terms of who they’re going to elect in what are arguably some of the most tumultuous times that we’ve had,” she said.

Liberal Leader Andrew Furey’s office emailed a statement saying voter turnout is a concern in any election. Spokeswoman Meghan McCabe said the Liberals are hearing that people look forward to voting. “We hope this will contribute to a good turnout with the mail-in ballots requested,” McCabe said.

Progressive Conservative Leader Ches Crosbie was not available for an interview.

N.L. election a warning to other governments debating a vote during COVID-19 pandemic: Democracy Watch
February 22, 2021 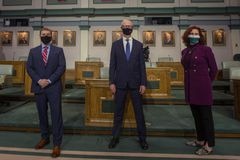 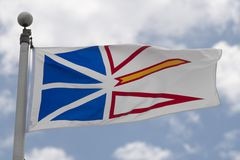 Concerns rise in Newfoundland and Labrador that election results could wind up in court
February 16, 2021 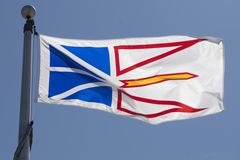