There was no acknowledgment of being on the traditional territory of the Mississaugas of the New Credit First Nation, the way there was in virtually every address from Ontario’s government in recent years, to start Thursday’s Speech from the Throne.

As the Lieutenant-Governor worked through the text, there was talk of “trusting the taxpayer,” and fixing “a system that too often seems tilted in the direction of insiders and the elite.”

And most tellingly, when it was over, two guests emerged quickly from the legislature to triumphantly command large media scrums. There was Mike McCormack, the old-school head of Toronto’s police union, who had just heard that police provincewide will be liberated from “onerous restrictions that treat those in uniform as subjects of suspicion and scorn.” And there was Charles McVety, Ontario’s most prominent evangelical conservative leader, basking in the speech’s reiteration that the new sex-education curriculum is being pulled out of schools.

It’s safe to say this is not Kathleen Wynne’s Ontario, any more.

But with the legislature now sitting, a couple of weeks after the Progressive Conservatives were sworn in, we are starting to get a sense of what the new culture looks like. It will greatly please many of Mr. Ford’s supporters. It may also surprise some who cast ballots for his party, after an election campaign in which the Tories left how they would govern to interpretation.

It was never clear, during that race, how Mr. Ford intended to balance his party’s fiscal conservatism – toward which he nodded with promises to eliminate the province’s deficit, albeit without cutting a single job – and the nostalgia-inducing populism that involved promising billions of dollars in tax cuts and expenditures to restore past glories.

How to resolve that contradiction has been a subject of debate among provincial Tories. One argument is that most voters implicitly understood that Mr. Ford would have to focus primarily on fiscal responsibility before getting to the fun stuff. The other is that most voters don’t much care about deficits, and his key to success is quickly delivering on his people-pleasing promises.

If that remains his government’s central tension, Thursday’s mission statement – coming after a busy first couple of weeks for the new government – provided clues which way it’s tipping.

Even in an unusually short Throne Speech, the deficit got strikingly few words – far fewer than in Ms. Wynne’s after the previous election. It did promise a commission of inquiry into government finances and a “line-by-line audit,” although both might be punts. It also said the timeline for returning to balance would be “modest,” and later Finance Minister Vic Fedeli wouldn’t specify whether that meant before the end of the government’s four-year term.

About as many words were devoted to scrapping the province’s cap-and-trade program, and fighting carbon pricing in all forms. Potentially expensive campaign commitments, including new health-care and transit funding, were repeated. And the speech pointedly listed those who will be “respected,” with the implication that they weren’t under the Liberals – municipalities that oppose green-energy projects, parents who know best how their kids should be taught, front-line workers.

Some of this respect is already being conveyed with decisions – the cancellation of hundreds of wind- and solar-energy contracts, with attempted legal action by developers likely to follow − that may provide savings but could have unintended financial consequences.

Successfully pushing the CEO of Hydro One to step down in deference to anger over his salary − a political win − has already had a negative (if possibly temporary) bottom-line impact by causing the province’s shares in the energy utility to dive.

And then there are cases, such as stopping in its tracks police oversight legislation that passed through the legislature before the election, that don’t have much to do with money but still signal priorities.

It’s possible the Tories are trying to quickly peg off policies important to core constituencies before getting to more cumbersome lifting. It may even be that they intend to use flashy stuff as cover for concurrently starting cost-cutting.

But at a certain point, it might be a good idea to take a government seriously when it tells us about itself – in a Throne Speech, or when Tories insist Mr. Ford’s “For the people” campaign line was more than a slogan.

Every government tries to serve people, of course, but each one can’t help but cater to some more than others.

Mr. Ford and many of his supporters believed Ms. Wynne was too beholden to do-gooding downtowners: condescendingly telling Ontarians what was good for them, policing language and publicly shaming those who didn’t buy into progressive policies rammed down their throats, rather than listening to day-to-day concerns.

Liberals and many others will now believe Mr. Ford’s definition of “the people” is also unrepresentative, with too much room for those with backward-looking values. But they’d better get used to it. Odds are that the likes of Mr. McVety and Mr. McCormack will be seen plenty around Queen’s Park the next four years. 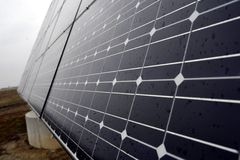 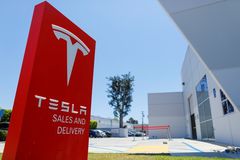 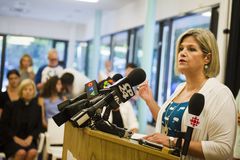