Newfoundland and Labrador’s Premier says the joy of his 2015 election victory was short-lived as he began to realize the dire financial situation brought on by the Muskrat Falls hydro megaproject’s runaway costs.

Liberal Premier Dwight Ball took the stand Thursday at the public inquiry into cost and schedule overruns that have plagued the controversial dam on Labrador’s lower Churchill River.

The 824-megawatt dam has essentially doubled in costs to more than $12.7-billion since it was sanctioned by a former Progressive Conservative government in 2012.

Mr. Ball, who called the inquiry under intense public pressure, has called Muskrat Falls “the greatest fiscal mistake in Newfoundland and Labrador’s history.”

Although the project is nearly complete, the looming threat of skyrocketing electricity rates to pay for cost overruns has become a pressing issue for Mr. Ball’s government.

Mr. Ball said Muskrat Falls should never have been sanctioned, but defended his 2016 decision to carry on despite its ballooning costs, saying abandoning the project would still have been very costly and would not have solved the problems already in motion.

“It might seem that, yeah, given the politics in all of this, it would have been easy to walk away, but really when you came down to the analysis … this decision to continue on really wasn’t a difficult one,” Mr. Ball said Thursday.

“The fact is now, you have this project and you have to deal with it.”

The inquiry has already heard from a parade of past and present government officials, bureaucrats and energy executives, some of whom have suggested project risks had been intentionally downplayed.

Direct questioning of the Premier by inquiry counsel wrapped within two hours, significantly more quickly than other high-profile witnesses, before other lawyers questioned him.

The Premier, who was re-elected on May 16 with a minority government, spoke about his increasing awareness in the months after the November, 2015, election of the financial mess he was taking over.

Mr. Ball said within just a few months, he was becoming seriously concerned about estimates presented to him and said he no longer trusted Crown corporation Nalcor Energy to carry out unsupervised negotiations with financially troubled Italian construction company Astaldi.

“By February … you were really starting to question what was happening,” Mr. Ball said.

He said he was becoming increasingly concerned at former Nalcor chief executive Ed Martin’s insistence that the province should pay more money to Astaldi, which was struggling to meet its targets, to prevent possible insolvency, pushing the project timeline back further and driving up costs.

Ball said he doubted any number would solve “the Astaldi problem” and did not want Mr. Martin negotiating a settlement alone.

Mr. Ball said the importance of Astaldi’s contract to Italy was made clear by then-ambassador Gian Lorenzo Cornado’s persistent requests for a meeting, including an unexpected encounter with him at a hotel lobby in Toronto that Mr. Ball described as “probably not coincidental.”

The Premier also walked through the events leading up to Martin’s departure as CEO in April 2016.

“I made it quite clear that I was not going to be the cheerleader he was expecting me to be,” Mr. Ball said.

The Premier was also asked to address testimony from last month, when senior government officials revealed that time had run out to mitigate risks from methylmercury contamination downstream from the dam when the reservoir is fully impounded later this summer.

Research has indicated that flooding the uncleared reservoir near the dam could cause a spike in methylmercury contamination in wild food sources used by local Indigenous communities. Methylmercury is formed as vegetation rots under water and can contaminate fish and other crucial wild foods.

Mr. Ball said a January memo from consulting firm SNC-Lavalin, e-mailed to the province’s deputy environment minister on Feb. 13, would have been the first time he’d heard that the window had closed to “cap” vegetation before full impoundment.

He said capping would only mildly offset the effects, but he was disappointed because he had made a commitment to Indigenous groups and he had wanted to follow through on it.

But Mr. Learmonth said he wouldn’t press the topic with the Premier because of current discussions with Indigenous leaders about future efforts to monitor methylmercury levels in the water.

Lawyer Caitlin Urquhart, representing Grand Riverkeeper Labrador and Labrador Land Protectors, later returned to the topic, zeroing in on a piece of evidence from July 31, 2018, showing Nalcor asked the provincial department of Municipal Affairs and Environment to amend a permit for wetland capping.

Mr. Urquhart asked Mr. Ball, who is also the province’s Minister for Intergovernmental and Indigenous Affairs, why the wetland capping didn’t happen if he supported the process and Nalcor was planning to complete the work by Dec. 31, 2018, as indicated in the memo from last July.

Mr. Ball did not have an answer as to why the work didn’t happen, but repeated he had always intended to cap the wetlands. He stressed that the work was not neglected to save on costs.

Mr. Ball’s testimony will continue Friday, wrapping up the second phase of the lengthy inquiry that began last September. A third phase scheduled for August will focus on the future role of Crown corporations, large scale projects and transparency.

A report with recommendations from the inquiry is expected before Dec. 31. 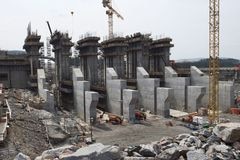