Ontario Premier Doug Ford says the province is on the path to reopening the economy, as his government released 65 safety guidelines for businesses, including office spaces, restaurants and the auto industry.

“I want companies to start getting ready. We’re getting close,” Mr. Ford said Thursday, adding that health and safety remains a priority.

The Premier said “good news is coming” when asked about garden centres reopening in the province. “Nothing is better than going to the garden centre, grabbing some plants, going in the backyard and planting the flowers,” he said. “It’s good for mental health.”

Labour Minister Monte McNaughton called the guidelines “best practices that businesses should be following,” and said inspectors will be enforcing measures in the Occupational Health and Safety Act.

The Premier struck a more optimistic tone on Thursday than he did earlier this week, when his government released an economic “framework” that contained few specifics and no timelines for when businesses might reopen. Mr. Ford said at the time that Ontario will begin loosening restrictions only after the province sees a “consistent” decrease in the number of COVID-19 cases for two to four weeks.

On Thursday, Mr. Ford said “tremendous progress” has been made, with new cases trending downward. Earlier in the day, the province reported 459 new cases, an increase of 2.9 per cent. There were 86 more deaths, the largest one-day total so far.

“I’m feeling more positive over the last four or five days,” Mr. Ford said. “I am laser-focused right now on opening things up as quickly as we can in a safe and measured way.”

According to the economic framework, Ontario will begin reopening with a phased-in approach, focusing on “select workplaces” and outdoor spaces, and allowing small gatherings.

The province has declared a state of emergency until at least May 12, and closed all non-essential businesses, including bars, dine-in restaurants and most industrial construction sites. Parks and recreation centres are also shuttered, and public schools in the province will remain closed until at least the end of May.

Mr. McNaughton said Thursday that the province has added 58 new labour inspectors, for a total of about 500, to communicate the guidelines and enforce safety measures.

David Paterson, VP of corporate & environmental affairs with General Motors of Canada, says that while there are no firm plans yet to reopen two shuttered plants in Ontario, the company is well positioned to meet the new guidelines for the manufacturing sector. GM had been in steady dialogue with the government on the guidelines, including the need to space employees at least two metres apart in plants and the necessity for workers to wear masks.

The company’s Oshawa parts plant has stayed open during the pandemic, operating at reduced capacity with COVID-19 guidelines already in place, and part of the facility will soon start making masks for health care workers.

GM’s engine and transmission plant in St. Catharines will likely be its first shuttered plant to reopen, he says. It closed last month and 1,500 people were temporarily laid off.

The company’s Ingersoll plant, which makes the Chevrolet Equinox, and employs 3,000 people, was also temporarily shut down last month.

Karl Littler, senior VP of public affairs with the Retail Council of Canada, said the new guidelines for the retail sector will simplify matters, especially for large chains that operate provincewide. In particular, it will be helpful, he says, to have one centralized set of guidelines that cover the entire province, compared with the current situation where local municipalities determine the rules.

He added that many of the guidelines announced by the Ontario government on Thursday are already being practised by essential retailers, which have continued to operate during the pandemic, such as grocers and pharmacies.

Those business have been encouraging customers to use tap for payment, versus chip and pin. They’ve also installed "sneeze screens” between cashiers and customers, and put physical-distancing markers on the floor for customers waiting to pay.

For the construction industry, the new guidelines, while necessary to protect workers, will invariably slow down activity and reduce productivity, said Mark Jones, director of project and program management for Canada with Turner & Townsend.

And some of the guidelines will be more challenging than others to put in place.

“If you have to work six feet apart, there are certain activities that become a little more difficult to do," he said. "Lifting a piece of drywall, for example.“ 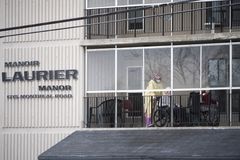 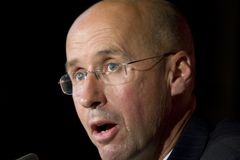 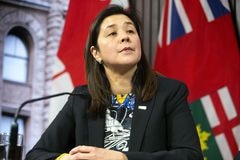 Follow Laura Stone and Niall McGee on Twitter @l_stone @niallcmcgee
Report an error Editorial code of conduct
Due to technical reasons, we have temporarily removed commenting from our articles. We hope to have this fixed soon. Thank you for your patience. If you are looking to give feedback on our new site, please send it along to feedback@globeandmail.com. If you want to write a letter to the editor, please forward to letters@globeandmail.com.
Comments