Prince Edward Island’s Tory government is projecting a $112-million deficit in a budget it is billing as a step on the “road to recovery” from the COVID-19 pandemic.

Finance Minister Darlene Compton provided the estimate today as she delivered a 2021-22 provincial budget with projections of $2.5-billion in spending, and $2.39-billion in revenues.

Compton told the legislature the budget shortfall comes on top of the deficit for the current year, which is now expected to be $120-million by the end of March – about $50-million lower than originally projected.

Compton referred to the pandemic as “the greatest social and economic disruption since the Second World War,” saying funds were needed to help younger Islanders, the health system and the hard-hit tourism sector.

“Our economy has done well, and that has helped us in ensuring that the COVID-19 pandemic will go down in history as an economic shock, and not a dire economic blow,” she told the legislature.

The Island has had its fifth straight year of population growth, reaching 160,000 people, a target originally anticipated for next year. Farm cash receipts increased seven per cent to $605-million, exports grew by one per cent amidst the pandemic and 1,359 new houses were completed in a small construction boom.

However, Compton added that a “successful recovery will require the careful intervention of government and the generous support of Islanders. It will mean paying closer attention to the social and mental health impacts of COVID-19.”

New spending includes more than $14-million for health-care measures that include improvements to primary care, a centre for mental health, virtual care technologies and recruitment of nurses.

There is also $11.3-million for young Islanders in support for pre-kindergarten programs, added school staff, added child care spaces and support to colleges and universities.

If visitors do make it to the province, they may notice more road projects underway.

Delayed infrastructure projects are going to proceed, with $201.5-million planned for transportation and government building budgets, an increase of $30-million from the 2020-2021 budget.

Compton also confirmed the small business tax rate will be reduced to one per cent to fulfill the party’s 2019 election promise to give the Island the lowest rate in the Atlantic provinces.

Meanwhile, debt is climbing. The budget is estimating net debt is projected to increase by $210-million over last year to a projected $2.63-billion.

In a special report last February, parliamentary budget officer Yves Giroux named P.E.I. as one of four provinces that could face huge increases in long-term debt load unless they made significant changes to their fiscal policies.

At the time, Giroux noted the Island faces one of the country’s largest expected increases in health spending as its population ages.

Michele Beaton, the Green party’s opposition house leader, said her party was glad the Tories were relaxing their usual approach of fiscal restraint, but the Greens are seeking a wider economic recovery plan.

“If ever there was a time to spend, this was it,” Beaton told the house. “Many of the programs rolled out were helpful to Islanders, and kudos to the government for doing that.”

However, Beaton added there are “blind spots” in the pandemic response, particularly in terms of spending to help low-income, essential workers and lower-paid health workers. 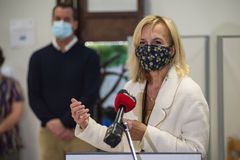 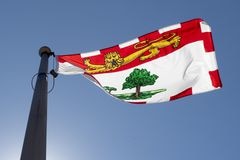 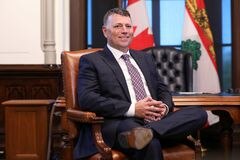