Two new investigations have levelled damning allegations against the manufacturer of the Boeing 737 Max and the U.S. Federal Aviation Administration as family members of 18 Canadians prepare to mark the anniversary of a crash that killed their loved ones last year in Ethiopia.

A report issued by the Ethiopian government on Monday determined that faulty software designed by Boeing Co. – not pilot error, as the manufacturer claimed last spring – forced the plane down. The disaster, which killed 157 people last March 10, was the second crash of a brand-new 737 Max in less than five months.

A report from a U.S. Congressional committee investigation released on Friday said Boeing and the Federal Aviation Administration (FAA), the U.S. civil aviation regulator, “gambled with the public’s safety.”

Boeing withheld crucial information about the plane’s design from airlines and pilots so the plane would be certified faster, the U.S. investigation found, and the FAA approved it despite distinct signs of a safety problem.

“The fact that multiple technical design missteps or certification blunders were deemed ‘compliant’ by the FAA points to a critical need for legislative and regulatory reforms,” the congressional report said. It added that the FAA’s certification of the “fundamentally unsafe” plane shows “an aviation oversight system in desperate need of repair."

The findings were issued as hearings were set to resume in Ottawa to examine Transport Canada’s endorsement of the 737 Max on Tuesday, exactly one year after the Ethiopian crash.

Transport Canada relied heavily on the FAA to scrutinize the plane. The Globe and Mail reported in December that Canadian regulators approved 71 design changes to the new aircraft since the previous model, but did not scrutinize the software. That was left up to the FAA, which, through regulatory changes, had given Boeing more power to approve its own designs.

Some changes are under way. Transport Minister Marc Garneau announced plans last month to overhaul the aircraft vetting process, including a requirement for independent test flights by Transport Canada pilots.

The 737 Max was introduced in 2017 and had been in use less than two years when a plane operated by Lion Air plummeted into the sea off the coast of Indonesia in late 2018, killing all 189 people aboard.

“For two brand-new aircraft, of a brand-new derivative model, to crash within five months of each other was extraordinary and unprecedented in modern times,” the U.S. House Committee investigation said.

Canada and the United States waited nearly four days after the second disaster to pull the plane out of service. Despite data indicating clear similarities between the two crashes that dozens of other countries used to ground the aircraft, Transport Canada and the FAA initially said there wasn’t enough evidence of a problem.

But the Congressional report said the FAA should have pulled the 737 Max out of service after the crash in Indonesia.

“In the time between the Lion Air crash and the FAA’s grounding of the 737 Max, the FAA repeatedly justified its decision not to ground the 737 Max earlier, saying it did not have appropriate data to make that decision,” the report said. “However, there were multiple red flags and clear data points that should have informed the FAA’s decision making.”

Among those red flags was a briefing Boeing gave the FAA after the first crash indicating it had not fully evaluated the effects of a software malfunction on the pilots’ ability to diagnose the problem, and whether they could respond in time.

The software, known as the manoeuvring characteristics augmentation system (MCAS) was designed to stabilize the plane in flight, nudging the nose downward if it began to tilt up. However, faulty sensors produced incorrect data for both planes, and the software forced a nosedive the pilots could not counteract.

The design of the software gave the pilots only 10 seconds to respond before they would have problems controlling the plane, but Boeing concealed this information from the FAA, the U.S. report said.

Another warning sign after the first crash, the report said, was an internal risk assessment the regulator conducted that showed the faulty software could lead to 15 more fatal accidents over the life of the 737 Max fleet.

“However, the FAA permitted the 737 Max to continue flying anyway while Boeing and the FAA worked on designing and validating a fix to the MCAS software. That judgment proved tragically wrong,” the report said.

“The FAA failed to fully exercise its safety oversight," the U.S. report said. “From FAA leadership down, ineffective communication and lack of co-ordination on key certification and safety issues jeopardized the safety of the flying public."

The Ethiopian report said training on the new plane was inadequate, adding that flight simulator sessions for pilots should be mandatory. Mr. Garneau has said Canada will require simulator training for pilots if the Max is allowed to return to service.

Some relatives of the 18 Canadians who died in the Ethiopian crash will be in Ottawa for Tuesday’s hearings, while others are travelling to the crash site in Addis Ababa.

Chris Moore, whose 24-year-old daughter, Danielle, was travelling to work with the United Nations when the plane crashed, said he will attend the hearings in Ottawa while his wife and at least a half dozen representatives of the Canadian families go to the crash site. 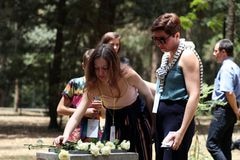 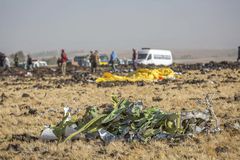 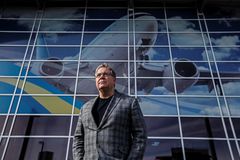