The Liberal government is proposing changes to strengthen laws against bestiality and animal fighting, but advocates against animal cruelty, including a Liberal MP, say these measures are the bare minimum of what is needed.

Justice Minister Jody Wilson-Raybould introduced legislation Thursday that would expand the definition of bestiality to make it clear the offence prohibits any contact for a sexual purpose between a person and an animal.

Current bestiality laws are too narrowly defined and must be broadened to ensure both animals and the general public are better protected, Wilson-Raybould said.

“For many Canadians, animals are an important extension of our families and of our communities. Our laws need to reflect these values and protect animals and provide protection to them that they require from such senseless acts of violence,” she said.

The changes stem from a court ruling two years ago that saw a B.C. man — who was found guilty of sexually molesting his two step-daughters and one count of bestiality —successfully challenged the bestiality conviction in the B.C. Court of Appeal based on the fact the activity did not involve penetration.

The Supreme Court of Canada affirmed that ruling.

Wilson-Raybould says this new bill would address the loophole in the current laws, acknowledging that had these measures been in place already, the B.C. case might have turned out differently.

Another change in the law will also ban a broad range of activities involving animal fighting, including promoting, arranging and profiting from animal fights as well as breeding, training and transporting animals to a fight — activities that have been linked to organized crime.

Two years ago, Liberal MP Nathaniel Erskine-Smith put forward a private member’s bill to address the bestiality loophole and animal fighting, but his bill also included a ban on importing shark fins and cat and dog fur. It also would have made the “brutal and vicious” killing of an animal a new offence and would have changed the standard for animal cruelty from wilful neglect to “gross negligence.”

His bill was defeated after members of his own Liberal caucus voted against it.

Erskine-Smith characterized the changes in his justice minister’s bill as “modest,” and hopes they will mark the first steps in a larger conversation about addressing animal cruelty in Canada.

He was also critical of the “meat and hunting” lobby, which he contends influenced the defeat of his bill by spreading misinformation about the impact on their industries.

“Everything gets politicized in this place (so) even modest measures, and measures that should be non-controversial to end animal cruelty, become a great controversy because of the great disinformation spread by the meat and hunting lobbyists in particular,” he said.

“Getting to a place where we have consensus amongst Conservatives, Liberals, NDP, Greens and the stakeholders here, not just the animal activists, but the meat and hunting lobbyists — it takes time to get that place.”

He pointed to a letter published in December 2017 jointly signed by a number animal welfare, veterinary and meat production advocacy groups, including the Canadian Federation of Agriculture, saying they had reached consensus to support the two changes now included in Wilson-Raybould’s bill.

This letter was likely the licence Wilson-Raybould needed to “act in a way that previously the controversy prevented her from acting,” Erskine-Smith said.

The government’s news release announcing the bill highlights that a “common ground approach” was taken to the proposed Criminal Code changes to ensure the law does not interfere with legitimate farming, hunting and trapping practices.

Camille Labchuk, executive director of the group Animal Justice, which intervened in the B.C. bestiality case, says Ottawa’s attempts to make this “palatable” to animal production and hunting industries is “very disturbing.”

Labchuk says she remains deeply concerned the bill does not address broader promises from the Trudeau Liberals to reform Canada’s animal cruelty laws.

“What we’ve seen today on bestiality and animal fighting is literally the very least thing that they could have done,” she said.

“These provisions are welcome, but they really should have been introduced as part of a larger package of desperately needed Criminal Code reforms.” 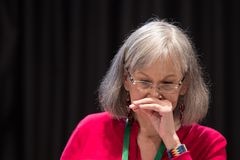 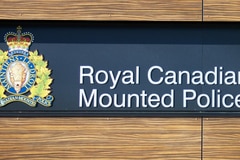 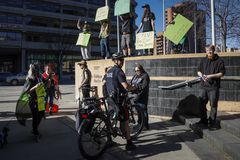