In a study meant to probe whether designating specific areas of the ocean for protection benefits the threatened species living within those areas, a team of Dalhousie University researchers has arrived at the opposite conclusion: The species in the study actually fare worse in protected areas because bottom-trawling fishing fleets are more likely to target those areas, like hungry diners scooping up the most sumptuous offerings at an all-you-can eat buffet.

The study provides some of the starkest evidence yet that the protected status many countries have assigned to large swaths of their territorial waters is meaningless without more stringent measures to curtail industrial-scale fishing.

And while the research was focused on Europe’s Atlantic region, the authors say the results carry a powerful message for policy-makers in Ottawa who are currently trying to set rules for how Canada’s protected waters ought to be regulated.

“The bottom line is if you don’t deal with industry use directly, you probably won’t have your conservation goals realized,” said Boris Worm, a marine ecologist whose lab conducted the study.

The seemingly paradoxical result highlights what may come as a surprise to many – that industrial scale fishing is often legal in territorial waters that have been set aside for protection because the countries that have jurisdiction over them are free to define what protection means.

“We have to come to terms with the fact that ‘protected’ doesn’t really mean protected in this case,” said Kristina Boerder, a postdoctoral researcher and co-author on the study, which was published Thursday in the research journal Science.

The study arose serendipitously, when Manuel Dureuil, a PhD student in Dr. Worm’s group, combined his population data on sharks and rays in the Northeastern Atlantic with tracking data on fishing vessels that Dr. Broerder was working with for another purpose.

The 20 species they included in the combined study include some that are seriously threatened, such at the Common Skate, once an abundant member of the ray family that is now in precipitous decline.

None of the species are sought after by the fishing industry, but they are frequently hauled up as bycatch during bottom trawling.

The tracking data are collected from satellite transponders, which all European fishing vessels longer than 15 metres must carry as a matter of marine safety. While the technology has been in use for several years, data on where specific fishing ships are located at any given time have only recently become publicly available through an online initiative called Global Fishing Watch.

Dr. Worm said that, in some cases, trawlers may be gravitating toward protected areas because companies perceive they may eventually be excluded from fishing there. But it’s also possible that many are simply going to where the fish are most abundant because it is legal for them to do so and because these ecologically rich areas also more likely to be designated as protected.

Nevertheless, the researchers said they were shocked to find species faring more poorly there than in unprotected waters.

“We were flabbergasted to be honest,” Dr. Boerder said.

Canada has created several marine protected areas since 2015, and more are expected as the Trudeau government races to meet international commitments to designate 10 per cent of Canadian waters for protection by 2020. However, the standards that are in place across those areas vary and, in some cases, they permit bottom trawling.

“We’ve been absolutely clear that that hasn’t been enough to conserve biodiveristy in marine protected areas,” said Sabine Jessen, Vancouver-based director of the oceans program for the Canadian Parks and Wilderness Society, an environmental advocacy group

She added that the Dalhousie study should give federal officials good reason to adopt the recommendations of an advisory panel report on standards for Canada’s marine protected areas, which was released in September.

“If this doesn’t give a wake-up call to the kind of protection they need to put in place for marine protection, I don’t know what will,” she said.

In a statement, the federal Department of Fisheries and Oceans told The Globe and Mail that the government is still assessing the panel’s recommendations. The statement notes that, in Canada, “a risk-based approach is currently employed to determine if bottom trawling, and other forms of commercial, recreational and Indigenous fishing, pose a risk to the conservation objectives of the [marine protected area].”

Dr. Boerder said that the study result did not mean that all fishing should be banned from marine protected areas, but that such areas require well-thought out regulation based on science.

“It’s not about excluding all human activity, it’s about managing it properly according to its impact,” she said.

that commercial trawling is more intense in

unprotected waters. Sharks and other species

that are often swept up as bycatch have become

waters. Sharks and other species that are often swept

up as bycatch have become less abundant in MPAs. 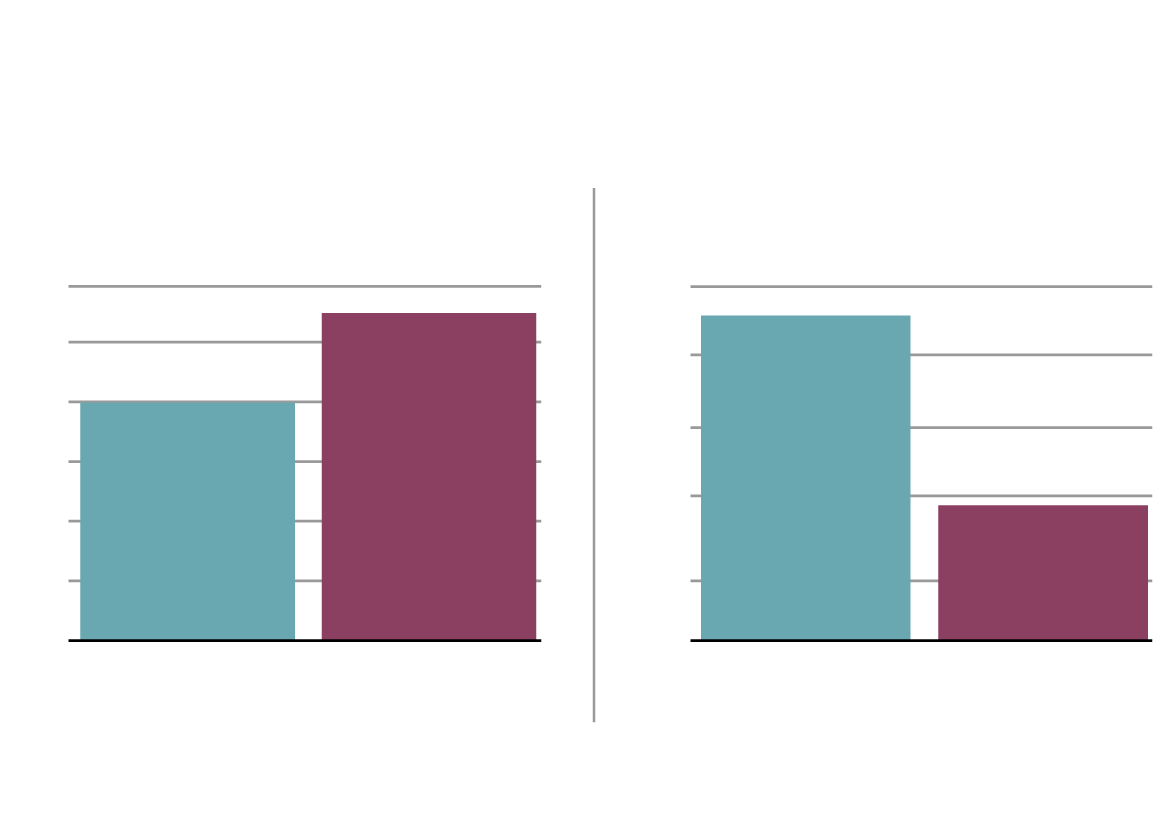 in marine protected areas (MPAs) compared with unprotected waters. Sharks and other

species that are often swept up as bycatch have become less abundant in MPAs.