Some came in Muslim headscarves, Jewish skullcaps and other signs of faith. Some showed up in black lawyers’ robes to show their professional presence. Still others came simply with banners to express their opposition.

Protesters rallied in Montreal on Sunday in the latest of a series of demonstrations in the city against Bill 21, the contentious legislation tabled by the Quebec government that seeks to bar public servants such as teachers and police officers from wearing religious symbols.

On the eve of parliamentary hearings into the draft law, the protests have become the most visible sign that the proposal remains deeply divisive.

The Coalition Avenir Québec government of Premier François Legault says it wants its bill adopted before the National Assembly rises for the summer on June 14. The Premier, who has repeatedly said there is a consensus in Quebec over the religious-symbols issue, has raised the possibility of closure to limit debate and pass the bill into law by his majority government.

But while Sunday’s turnout was modest – a few hundred people – it underscored how the legislation continues to stir passions and opposition in the only city in the province where it will have any real impact.

“Real damage is going to be inflicted on our society [by the law],” said Charles Taylor, a McGill University professor who addressed the rally.

Prof. Taylor co-authored a report that has served as the justification for Quebec’s bid to restrict religious symbols in the public service, but the philosopher has since become one of the most outspoken critics of the government’s bill.

Sunday’s rally, organized by the group Coalition Inclusion Québec, came only 24 hours after another street protest over the legislation; on Saturday, riot police stood guard as supporters of the bill and counterprotesters squared off in eastern downtown. Media reports said the pro-Bill 21 group included some people in paramilitary gear and clothing with the logo of the far-right group Storm Alliance.

The Legault government invited 36 people or groups to appear beginning Tuesday before the National Assembly committee that will study the law, far fewer than the number sought by opposition parties. The government has given choice spots on Day 1 of the hearings to people sympathetic to the bill, part of a number of supporters invited to address the legislature’s institutions committee.

“It would have been wise to have a wide range of opinion,” said Liberal MNA Paule Robitaille, a member of the committee that will study Bill 21, and who attended Sunday’s rally. “We would have liked to hear from more groups, and more of those who are directly affected.”

Since it was tabled in March, Bill 21 has become a lightning rod for criticism. Opponents include all parties at Montreal city hall, numerous academics, Amnesty International, some school boards, Muslim, Sikh and Jewish groups, and legal experts.

The Quebec Bar Association released a letter that said the ban on religious symbols violates fundamental rights in both the Canadian and Quebec charters. The group has raised concerns about the government’s plan to use the notwithstanding clause to shield the law from court challenges.

“It seems clear to us that this use will have a very concrete impact on targeted people, who are being asked to choose between the particular articles of their faith and their professional futures,” the bar association said.

Quebec’s largest school board, the Commission scolaire de Montréal, says the ban would simply be “impossible to manage.” The board oversees nearly 17,000 employees in 191 establishments across Montreal. The board also questioned why the draft law targets teachers in public schools, while private-school teachers as well as daycare workers in schools would not face restrictions on their religious dress.

Some of the lawyers who turned out at Sunday’s protest said that, even if the government uses the notwithstanding clause to get the law adopted, the legislation would be subject to a legal test before the courts once it is passed.

Former Bloc Québécois MP Jean Dorion, who also addressed the crowd, said the Premier was wrong to use popular support for the legislation as grounds for pushing it through. Mr. Dorion said Muslims were the bill’s real target.

“The government thinks it will be the end of debate,” said Azim Hussain, a Montreal civil litigator who turned up at the rally in his black robes. “The debate will not stop until the law is defeated.”

The Quebec government is framing its restriction as a legal effort to enforce religious neutrality on the state. But Prof. Taylor, in an interview, said neutrality should be enforced on institutions, not people. “Individuals can’t be forced to be sacrificed on the altar of neutrality,” he said.

Prof. Taylor is among the people set to address the committee hearings on Bill 21, as is Gérard Bouchard, Prof. Taylor’s co-author on the watershed report on religious accommodations. Mr. Bouchard is also a critic of the Quebec government’s bill. 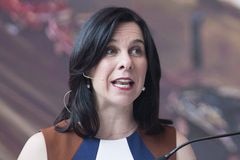 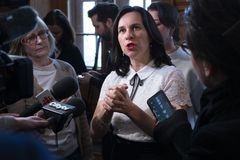 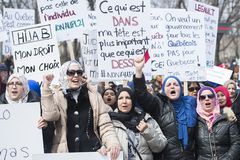