The Canadian military is being forced to adjust and temporarily curtail some aspects of its anti-Islamic State mission in Iraq and Lebanon as anti-government protests rock the two countries and threaten to further destabilize the Middle East.

The protests began weeks ago as anger and frustration over endemic corruption, unemployment and a lack of basic services drove thousands of citizens into the streets to call for change, prompting the Prime Ministers of both countries to announce their resignations this week.

Yet, the protests have also been marred by violence as clashes have erupted between pro-government supporters and protesters in Lebanon, while more than 200 protesters in Iraq have been killed and thousands more injured, many allegedly at the hands of local security forces.

In an interview with The Canadian Press on Thursday, Brigadier-General Michel-Henri St-Louis, Canada’s top commander in the region, said his troops continue to train and support their Iraqi and Lebanese counterparts as part of the global fight against the Islamic State (IS).

Yet, he also admitted the protests have made it difficult at times for the Canadians to move around, and forced them to occasionally pull back or suspend their work until they have a better understanding of the situation or the protests move on.

“We have had to adjust some of our presence in the battlespace, or our road [movement] has had to be slightly adjusted at the peak of these demonstrations,” Brig.-Gen. St-Louis said by telephone from his headquarters at the Ali Al Salem air base in Kuwait.

“So just a matter of continuing to revise our force protection, our measures, the threat and then adjust ourselves accordingly to what’s transpiring on the ground.”

Canada is contributing around 850 military personnel to the international effort to defeat IS.

The contribution includes hundreds of military trainers in Iraq and a smaller number in Lebanon and Jordan. There are also dozens of special-forces soldiers, four helicopters and a combat hospital in Iraq, and two transport aircraft and the headquarters unit in Kuwait.

Brig.-Gen. St-Louis would not speak to what additional security measures have been implemented to protect Canadian troops in Iraq and Lebanon, but promised their safety and protection are his top priority even as he insisted the actual impact of the protests on their mission has been minimal.

“We are in the same tactical infrastructure, we’re in the same bases continuing to deliver on our mission,” he said. “We had some slight adjustments that were put into effect to mitigate that risk, but in essence, there’s no significant impact to the delivery of our mission.”

The protests have nonetheless caused consternation and uncertainty within Iraq, Lebanon and the surrounding region, which has already been in a state of upheaval for years.

Aside from the protests, Turkey’s invasion of northeastern Syria after the withdrawal of U.S. troops has raised fears of more violence even as the death of IS leader Abu Bakr al-Baghdadi signals uncertainty about the extremist group’s future.

“If there’s one thing that we’ve learned over the last eight or nine years about the Middle East – and we knew that before, but it’s been particularly striking now – is that it’s all very unpredictable,” said Thomas Juneau, a Middle East expert at the University of Ottawa.

“Protests can die down. … But they can come back or never die down and escalate, especially when they are greeted with such violence as they are in Iraq. So where are Iraq and Lebanon going? Nobody knows.”

If it isn’t already, the Canadian Forces should be thinking about a plan for evacuating military personnel from Iraq should the situation take a sudden turn for the worse, Prof. Juneau added.

One of the most troubling aspects of the current situation in Iraq has been the killing of protesters, many of whom were reportedly shot by local security forces. In response, Prime Minister Adel Abdul-Mahdi ordered a dozen senior police and military commanders removed and charged.

Brig.-Gen. St-Louis praised the Iraqi soldiers and officers he had met, saying they were extremely motivated and eager to learn. When asked about the senior commanders censured by Mr. Abdul-Mahdi, Brig.-Gen. St-Louis said none of them had a “direct partnership” with the Canadian Armed Forces.

The situation nonetheless raises legitimate questions about the specific military commanders and units the Canadian Armed Forces is working with in Iraq and elsewhere, said Prof. Juneau, who noted the military has been traditionally loathe to share such information.

“That was one big concern in NDHQ and in the government in general, that Iraqi units that we train would commit atrocities, whether in the fight against [IS] or – speaking to the current context – in repressing its own people,” he said.

“The thing is that publicly we have very little information on exactly who the Canadian Forces train down to the details of the units. There are some operational reasons why that is the case, but it also fits with the general pattern of Canada not being transparent about these things.” 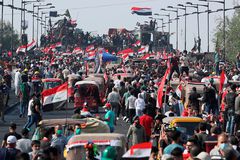 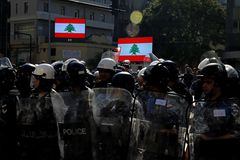 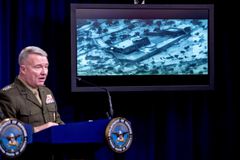