Alberta says it is willing to spend $700-million to return the Winter Olympics to Calgary in 2026 if the city is chosen as host, however, the province’s decision not to cover possible cost overruns leaves the city and Ottawa facing a potential multibillion-dollar tab.

Finance Minister Joe Ceci said on Friday that the province’s funding is contingent on a majority of Calgarians supporting the Games in a plebiscite scheduled for Nov. 13. The province would also require the city’s bid process to fall under provincial freedom of information laws to increase transparency.

“I know there is $3-billion necessary for the public governments and agencies to contribute. And $700-million is a significant amount of money and it gets us a lot of the way there,” Mr. Ceci told reporters in Calgary on Friday afternoon.

The Finance Minister said he felt $700-million was the most the province could contribute as Alberta claws its way out of a long recession and looks to slay its budget deficit.

“It was a number we felt comfortable putting in, relative to the situation we’re in at the provincial government level,” Mr. Ceci said.

A draft plan for the 2026 games estimated the cost at $5.2-billion, with the three levels of government expected to contribute $3-billion. Sponsorships and Games revenue would cover the rest. Calgary officials have said the city could provide $500-million. Friday’s announcement from Mr. Ceci means Ottawa and the city could be asked to cover the remaining $1.8-billion, and the risk of cost overruns.

Calgary Mayor Naheed Nenshi said in a statement that the city is in conversations with the federal government about funding the Games.

“We imagine there will be more to say about the city and federal government contributions in the next few days,” he said.

A spokeswoman for the federal Minister of Science and Sport said Ottawa is working on providing more funding specifics before the plebiscite. “We respect that the citizens of Calgary need to be informed before they vote,” the statement from Science and Sport Minister Kirsty Duncan’s office said.

Calgary city councillor Druh Farrell has been opposed to an Olympic bid from the outset and believes Calgarians have not been given the preplebiscite data they were promised.

“We have a tendency to pursue the unicorn, the one big thing that is going to solve our problems," she said. "We know that with this particular recession it’s very different, very complicated and we’re not just going to rebound because of hosting an event eight years into the future.”

All three of the candidates approved by the International Olympic Committee (IOC) face political challenges.

Stockholm’s bid is at risk because a coalition deal struck on Friday to run the city’s municipal government requires that no taxpayer funding go towards holding the Olympics. The Italian government’s decision to not provide significant financial backing for the combined bid of Milan and Cortina d’Ampezzo has also led to questions about the level of support for the effort.

The most immediate barrier for the Calgary bid is next month’s non-binding plebiscite.

Calgary’s city council has not said what level of voter support it would require to continue the Olympic bid. Mr. Ceci said the province would be comfortable with a simple majority.

Two competing campaigns, YesCalgary and NoCalgaryOlympics, have emerged to shape the debate. Both sides are clashing not only about the amount of money required to fund the Games, but also about whether Calgary would benefit from the infusion of cash a decade after the start of a grim economic situation sparked by a downturn in the oil market.

Emma May, a volunteer for the pro-bid group, said Calgary needs the Games again to recapture the feeling of the 1988 Olympics and the international attention it brought to Alberta’s biggest city.

“I was here in the depression of the 80s. People were losing their homes and businesses were going bankrupt. But in 1988, the town gathered around and lit itself on fire and we had the 1988 Olympics. We underestimate what that did to the city’s consciousness. It shifted us onto a new path and gave us a global outlook that has helped us thrive,” she said.

A month before the vote, she said, there has been a lot of vocal support for the no side. Her biggest challenge will be getting the people who she says want the Games to come out and publicly support it.

Erin Waite, a spokeswoman for the no campaign, said the tone of the plebiscite has “felt panicked” as different levels of government have put forward their commitments only weeks before the vote.

“When this is an IOC-driven process you have IOC deadlines, you get rushed decisions and cost overruns. We’re eight years before the games and already seeing the panic,” she said. 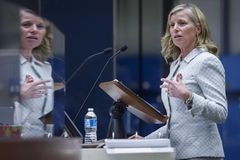 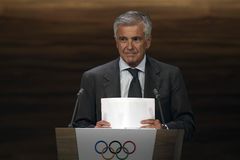 Calgary one of three cities remaining in bid for 2026 Olympics
October 4, 2018 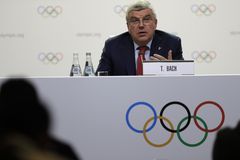