Prime Minister Justin Trudeau faced demands from premiers on Thursday to ensure they have additional doses of the COVID-19 vaccine as case numbers soar and their governments face criticism about the speed of distribution.

Provinces including Ontario, Quebec, Manitoba and British Columbia have said the greatest hurdle for COVID-19 immunization will be the number of doses they receive from Ottawa.

But earlier this week, the Prime Minister expressed frustration about the speed of provincial distribution, saying, “we are all impatient” to get vaccines administered. This prompted Manitoba Premier Brian Pallister to say he didn’t appreciate Mr. Trudeau attacking the premiers.

After Thursday’s meeting, Alberta Premier Jason Kenney said he and his counterparts pressed the Prime Minister to get as much vaccine to the provinces as possible.

“We are concerned that as we pick up the pace of inoculation that the supply will be inadequate,” he told reporters. “Now, I’m not pointing fingers, but the government of Canada is responsible for the procurement.”

The premiers are not alone in raising concerns to the Prime Minister.

Assembly of First Nations National Chief Perry Bellegarde wrote to Mr. Trudeau on Thursday and cited COVID-19 as a matter of grave concern. He said First Nations on reserves have an infection rate five times greater than in the general Canadian population, and leaders will need information and support to dispel myths and inform decisions about receiving vaccines.

“Today, you met with first ministers, and next week you will be organizing a cabinet retreat to discuss COVID-19,” he said. “It is vital that First Nations needs during the pandemic are considered a top priority.”

COVID-19 case numbers are increasing, and Chief Public Health Officer Theresa Tam warned this week that the next months will be difficult, urging Canadians to reduce risks of escalating the pandemic.

Anne McLellan, who was a deputy prime minister and health minister in previous Liberal governments, told The Globe and Mail on Thursday Ottawa should be pressured to get more vaccines into the country and out to the provinces.

But Ms. McLellan, who in government had extensive experience in federal-provincial relations, said the provinces need to show that they are getting the vaccines to their residents.

She added that the provinces are responding to the fact that they face increasing pressure. Serious questions are being asked about why provinces cannot administer all their existing supply, she said, and people were shocked when Ontario halted vaccinations over Christmas.

“I think the provinces are getting a lot of heat,” she said.

Ms. McLellan said it is the responsibility of the Canadian government to procure vaccines, and get them into the country and to distribution points.

“From that point on, it is up to the provinces.”

The federal government has said it is on track to receive more than a million doses of COVID-19 vaccines by the end of January, but continues to push for more and swifter shipments.

Although 424,150 doses were shipped to provinces in December, 194,276 of those doses were reported as injected by the end of Wednesday, according to the COVID-19 Canada Open Data Working Group, made up of researchers in epidemiology and public health at the University of Toronto and the University of Guelph.

A statement from the Prime Minister’s Office late Thursday said the first ministers discussed the rise of COVID-19 cases during their meeting and measures being taken in response. The office also said they agreed to continue to work together on allocation, distribution and the administering of vaccines but made no mention of pressure for additional supply.

Although Canada was one of first countries to start authorizing vaccines against the novel coronavirus, countries such as Israel, Britain, the United States and Germany have inoculated a larger share of their populations.

Israel’s Prime Minister, Benjamin Netanyahu, said on Thursday that his government has signed a new deal with Pfizer that will allow every Israeli over 16 years old to be vaccinated by the end of March.

The country has vaccinated 15 per cent of its population in just over two weeks. However, it has nine million people, about 20 per cent of Canada’s population.

Isaac Bogoch, an infectious diseases physician at the Toronto General Hospital and a member of Ontario’s vaccine task force, said there is no room for excuses, and that vaccine distribution needs to ramp up quickly.

“What I want to see is energy focused on, No. 1, procuring more vaccines for the country, and, No. 2, finding ways to efficiently deliver those into as many Canadians’ arms as possible,” Dr. Bogoch said. “That’s it. Let’s focus the energy on that.”

Kevin Smith, president of University Health Network in Toronto, said on Twitter late Thursday that the UHN has run out of vaccine. He said 3,000 people are booked to receive their shots over the next couple of days and it is urgently needed.

With reports from Carrie Tait in Calgary and the Associated Press 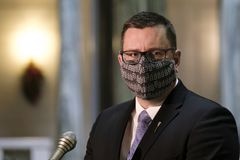 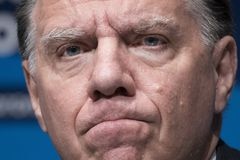 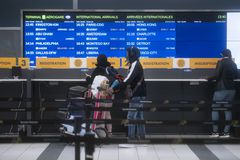