Some provinces have begun moving up second doses of COVID-19 vaccines in anticipation of increased shipments, a move that experts say will better protect more vulnerable populations.

British Columbia Provincial Health Officer Bonnie Henry said Tuesday that the province is set to reduce the interval between the first and second doses, with details to be announced on Thursday. She noted the change after a technical error resulted in a number of people receiving invitations over the weekend to get their second doses between seven and eight weeks after their first – about half of the maximum interval currently recommended.

Canada had extended the interval between the two doses based on advice from the National Advisory Council on Immunization, which said that second doses could be given up to four months after the first to allow for more people to receive their first shots while supply was limited.

Now that the supply is increasing, provinces are looking to move appointments for second shots up. But with the continuing uncertainty around the size and precise timing of some vaccine shipments, it’s not yet clear how quickly the changes can be made.

B.C. received approximately 275,000 doses of the Pfizer-BioNTech vaccine each week in May, and the figure is expected to increase to 327,600 by June. As of Tuesday, about 65 per cent of adults had received their first doses of a vaccine.

“We are honouring those appointments that people already made, but we will be sending out appointments in a structured way starting later this week,” Dr. Henry said Tuesday. “Everybody will be moved up, those appointments will be coming available, we’ll be getting second doses into people quickly.”

Nova Scotia also announced Tuesday that it would speed up the delivery of second doses by two to four weeks.

Saskatchewan announced a full second-dose schedule that began last week with people 85 and up and continues with younger age groups through July, but cautioned that its timeline was contingent on supply.

Quebec has completed second doses for long-term care residents and plans on completing them in retirement homes by the end of the month. Most Quebeckers who have had a first dose already have appointments for second doses four months later.

Health Minister Christian Dubé said Tuesday he wants to accelerate second doses, hopefully starting in June, so everyone can have a second dose by September.

Second doses will be completed by age group, as with first doses, he added.

Ontario and Manitoba have so far opened up second doses only to people with the highest-risk health conditions, such as some cancer patients and organ transplant recipients, as well as Indigenous people and, in Ontario, some health care workers. Ontarians who received an AstraZeneca shot between March 10 and 19 are eligible for a second shot this week.

Ontario on Tuesday also reported its first death, a man in his 40s, from a rare blood clot condition called vaccine-induced immune thrombotic thrombocytopenia, or VITT, associated with the AstraZeneca vaccine.

The Ontario government has repeatedly said second doses will be sped up only when supply increases.

Ontario’s Chief Medical Officer of Health, David Williams, said Tuesday the province wants to complete as many first doses as possible but will be considering shorter intervals for second doses as more Pfizer vaccine arrives.

Isaac Bogoch, an infectious-diseases physician and member of Ontario’s vaccine task force, said the group is meeting this week to discuss plans for speeding up second doses, and an announcement could come as early as this week.

“Several months may actually be quite a long time in terms of their remaining life expectancy,” he said. “They have limited life moments and have been most impacted, in several ways, by the public-health restrictions they have been living under for the last 15 months.”

Numerous modelling studies have explored the impact of delaying second doses as a way to vaccinate more individuals. One recent example, which was posted on the preprint server medRxiv last Thursday, looked specifically at the Canadian scenario of allowing a gap of up to 16 weeks between doses.

“We find that it was a good decision,” said Jane Heffernan, an infectious-disease modeller at York University in Toronto and a co-author on the study, which has not yet been peer-reviewed by other experts.

Even in cases where immunity starts to decline before a second dose can be given, the model projects that overall infections remain lower than if the recommended second-dose schedules are strictly adhered to. But Dr. Heffernan and her colleagues also note: “Delays in delivery of a second dose, when it becomes available, should be minimized to realize the maximum benefit from a two-dose vaccination program.” 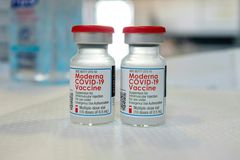 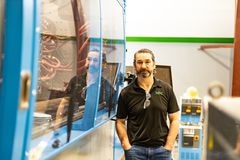 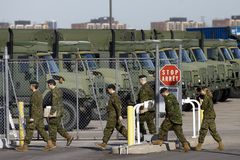 Follow Andrea Woo, Laura Stone and Marieke Walsh on Twitter @andreawoo @l_stone @mariekewalsh
Report an error Editorial code of conduct
Due to technical reasons, we have temporarily removed commenting from our articles. We hope to have this fixed soon. Thank you for your patience. If you are looking to give feedback on our new site, please send it along to feedback@globeandmail.com. If you want to write a letter to the editor, please forward to letters@globeandmail.com.
Comments