Any Montreal parent who wanted to know how many city schools have reported COVID-19 cases as of Thursday had two official sources to check. The city’s public-health department had reported cases in 64 schools. Meanwhile, the province’s official tracking page reported just two.

The discrepancy underlines a data and information gap in Canada’s response to the pandemic, and is a warning for other provinces that are reopening their schools in the weeks since Quebec students started back in late August.

Among the four largest provinces, Quebec, Ontario and Alberta promised to update their data on each school’s COVID-19 infections and outbreaks as new cases are reported so parents can keep themselves informed about the risks their children face. British Columbia plans to publish information on outbreaks – multiple, linked cases – rather than individual cases.

The situation resembles what happened in nursing homes early in the pandemic, when Ontario and Quebec refused to release information about cases, but started publishing lists in April after pressure from families and news organizations.

As with the data vacuum in the spring on care homes, citizen-led efforts on schools have popped up across the country. A Montreal parent started tracking case notifications before any government effort and has reported more than 200 schools with cases provincewide, and at least 51 in Montreal.

Most Canadian schools are just getting into full swing, but Quebec started sending large numbers of students back on Aug. 27. Two weeks in, Quebec parents are still waiting for an official, provincewide data source that is reliable.

The head of Montreal public health, Mylène Drouin, announced on Wednesday that her department was following 67 cases of COVID-19 in 64 Montreal schools – infections that forced 700 people into preventive isolation.

Dr. Drouin said the cases were in line with expectations. Most were contracted within families and in social gatherings. Two schools had a handful of cases that could be described as an outbreak, she said. “The good news is the [Montreal] system is working well. We’ve quickly tracked, isolated and tested cases.”

Meanwhile, the official Quebec tracking list showed just two Montreal schools with cases for several days. The whole province, including Montreal, had cases at 70 schools. Dr. Drouin said the provincial site tallies reports from school divisions, known as service centres, while her department conducts its own investigations with direct links to schools and laboratories. “There’s always a period of adjustment where it will take some time for the information to correspond,” Dr. Drouin said. “The system is in a break-in period.”

Late Thursday afternoon, Quebec’s Ministry of Health withdrew its list of schools and said it “temporarily suspended” data collection until adjustments are made.

The province’s Ministry of Education plans to publish a database, but it wasn’t running on Thursday. Peel District School Board had a dashboard on its website breaking down cases by school, as did others. Peel reported three cases in three schools.

Last week, Alberta Health promised all cases would be reported online daily. By this week, the province said it would update its website on Mondays, Wednesdays and Fridays with numbers for schools that have five or more cases. The threshold dropped to two cases after parents complained before the site’s launch on Wednesday. On Thursday, the province promised updates every weekday. It also announced 21 schools had cases.

Bonnie Henry, the B.C. Provincial Health Officer, said last week information about individual cases will be sent to schools and parents only. “We absolutely will be publicly reporting on outbreaks," she said. "We will be reporting and providing information to the school community on individual cases.”

Jean-Paul Soucy, a researcher in infectious-disease epidemiology at the University of Toronto, said provinces would ideally aim for maximum transparency to keep the public invested in following safety measures and to prevent the spread of inconsistent information.

“No doubt there is some risk people will panic and pull their children out of school if there’s a single case, but transparency helps make the public feel COVID-19 measures are something they are part of rather than something done to them," he said.

"But as we’ve seen from citizen efforts, the information gets out anyway.”

Quebec reopened schools outside Montreal in the spring. On July 18, long after classes had ended, the province reported schools had 44 cases on May 31, at the peak of reopening, with no other details.

As classes resumed in August, Mr. Drouin launched a website to track cases based on school notices forwarded by parents and teachers. His site had counted at least 51 Montreal schools and 210 across Quebec with cases on Thursday.

“There’s an accountability issue,” Mr. Drouin said. “I’ve been asked several times if I’m going to shut down my site. My answer is I will when the province’s data becomes reliable.”

Mr. Drouin described his site, which lists and maps schools, as “high-level" data.

"I would like to see them dig two or three levels down. Which school, how many cases, the evolution in time, contact tracing, source of transmission, in as close to real time as possible.” 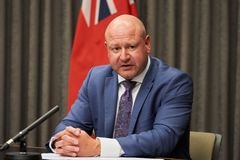 Opinion
A year of waiting, where time has shifted from a luxury to burden
Subscriber content
September 10, 2020 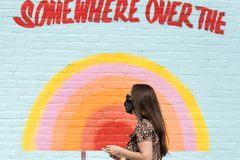