Give Dr. Eric Hoskins credit: He has articulated, with passion and reason, the need to ensure everyone has access to essential prescription drugs, regardless of ability to pay.

“It’s time to close the gap between our values and our reality. It’s time for universal single-payer public pharmacare,” he wrote to conclude “A Prescription for Canada: Achieving Pharmacare for All,” the 184-page report from the Advisory Council on the Implementation of National Pharmacare.

That 7.5 million Canadians have inadequate drug coverage is shameful and, by the panel’s reckoning, trying to fill in the gaps by expanding the mishmash of public and private drug plans that currently exists would be neither efficient nor cost-effective.

Dr. Hoskins, the panel chair, has also given the federal government what it asked for, a blueprint for providing prescription-drug coverage to all Canadians, including:

So, let’s focus for a moment on the latter two points, the cost and the politics of national pharmacare.

The report predicts that the cost of prescription drugs will continue to rise inexorably, from $30-billion in 2017 to almost $52-billion in 2027. But, just as important as the total cost is who pays.

If we continue with our current mix of private, public and non-existent coverage, public plans would cover $23-billion, private plans $19.8-billion and there would be $8.8-billion in out-of-pocket payments, for a total of $51.6-billion come 2027.

If the recommended pharmacare program was implemented, public plans would cover $41.1-billion, private plans $3.2-billion, and out-of-pocket costs would drop to $2.4-billion, for a total of $46.8-billion. (It’s assumed that measures such as centralized purchasing will generate $2.8-billion in savings.)

The catch is that there would be a massive shift of drug costs from private plans to public plans, an “incremental public cost” of $15.3-billion.

The report recommends that these incremental costs be covered by Ottawa with “long-term, adequate, secure and flexible funding” – the Great Wallenda of transfer payments.

Practically, it also means the feds would have to raise taxes by at least $15-billion a year.

That, not poor values, is the single biggest impediment to national pharmacare.

The other related hurdle is that a national plan would require an unprecedented level of federal-provincial-territorial co-operation.

There is no reason there cannot be a national formulary now, but the provinces and territories have made no effort to create one. So why would they suddenly agree to the creation of a National Drug Agency that would decide what is covered and do all prescription-drug buying centrally?

Speaking of which, in recent years, there has been all manner of fevered speculation about Canada lowering drug prices by flexing its purchasing muscle and getting tough with Big Pharma.

The new report estimates 10-per-cent savings, a little less hyperbolic than the 20 per cent and 30 per cent numbers in previous studies.

But there will be trade-offs for lower prices, such as slower access to new drugs, and maybe no access to some drugs. That’s not just bumpf from drug companies. Canada is less than 2 per cent of the global drug market and, at a certain price point, it becomes more trouble than its worth.

Similarly, when you propose cutting private insurers’ revenues by $16.5-billion a year, there will be some opposition – from companies warning of potential loss of other benefits (from massage to semi-private rooms) – and higher costs for supplemental drug coverage.

Make no mistake, pharmacare will not cover everything. The report calls for coverage of “essential medicines” at the beginning (as few as 200 drugs), then a gradual expansion of the formulary.

None of this is a reason to not pursue a national pharmacare plan. But Canadians have to know, upfront, that putting their values into practice will come at a cost, monetary and otherwise.

Finally, when the report calls for a pharmacare system that “works like medicare,” that should give us pause, because the universality, fairness, equity and affordability of physician and hospital care that medicare promises in theory does not exist in practice.

Pharmacare is an opportunity to deliver care better and differently. It shouldn’t just be the expansion of an inadequate, outdated model of care delivery. 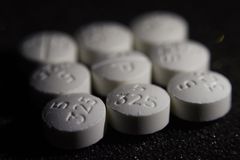 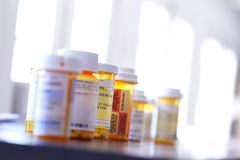 Opinion
Liberals want to build their campaign around pharmacare, but ignore where drugs would end up
May 23, 2019 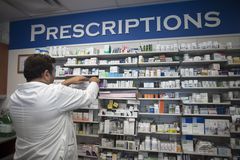