Labour activists in Quebec and Ontario say more transparency is needed around COVID-19 outbreaks in warehouses and factories, many of which are staying open despite upcoming “non-essential” business lockdowns in both provinces.

Noelle Didierjean, with the Coalition Against Precarious Work and a community organizer with the Immigrant Workers Centre in Montreal, said government data hides what’s really going on.

“We know that there are these large-scale outbreaks,” she said of factories and warehouses, “but we don’t have a full grasp of the problem.”

In Quebec, for instance, the government publishes data on outbreaks in workplaces according to the type of business that employs an infected worker, Didierjean explained. For instance, a positive COVID-19 result from a Quebec factory worker who was hired by a placement agency would be listed as an outbreak in the “business services” category instead of manufacturing.

Quebec’s national public health institute says outbreaks in manufacturing have accounted for 23 per cent of all workplace-related outbreaks in Quebec since June – more than any other sector. Retail stores come second, with 20 per cent of workplace outbreaks.

Later this week, “non-essential” businesses, including most retail stores and personal service companies such as nail and hair salons, will be forced to close in Quebec for at least two weeks and at least 28 days in southern Ontario. Manufacturers and warehouses in both provinces, however, will be allowed to remain open.

Quebec’s public health institute says of the 51 workplace outbreaks in the province reported since June involving more than 20 people, 26 have been in the manufacturing sector, which includes meat processing plants. Four outbreaks have occurred in the “business services” category – which includes temp agencies – while four have been reported in retail stores.

People work close together, they may have to shout over loud machinery, and ventilation may not be adequate, she said.

There also socioeconomic issues. Workers at factories, meat-packing plants and warehouses may not be fluent in English or French – the languages used by the country’s health authorities – limiting their ability to understand public health recommendations, Parkes said.

Parkes said she is not surprised that Montreal neighbourhoods with large immigrant populations have also been highly affected by COVID-19. Many people in those districts, she said, can’t work from home because they have jobs in the service sector or in manufacturing, speak a language other than French and English and are more likely to live in multi-generational homes.

Didierjean said she also sees a connection. “A huge part of the workforce doing this kind of low-paid, precarious work,” she said, “are refugee claimants, they are newcomers, they’re people with precarious status, often they’re international students.”

Patty Coates, president of the Ontario Federation of Labour, said many precarious workers can’t afford to take time off to get tested for COVID-19. “A worker has to decide whether they’re going to go into work, so that they can put food on the table, whether they’re sick or not,” she said.

Didierjean said she’d like to see Quebec require employers to go public when there is an outbreak in their company. Some companies, such as meat-packer Olymel, which reported major outbreaks at two of its Quebec plants in October, have been transparent – but others haven’t, she said.

Cameron Mustard, president of the Institute for Work and Health in Toronto, said only five per cent of COVID-19 infections in Ontario appeared to have been acquired in the workplace.

He said the majority of cases where the source of the infection is known are from close encounters in social settings. “It’s inevitable that we’re going to see a rise in the count of workplace outbreaks, just because we’re seeing a rise in the amount of virus circulating in the community,” he said.

Tracking the origin of COVID-19 cases can be challenge, however. Mustard said around 30 per cent of cases in Ontario have no known link to another case.

Quebec reported 74 more deaths attributed to the novel coronavirus Wednesday, 11 of which had occurred in the past 24 hours.

Health authorities also reported a record 2,247 new infections – one day after posting 2,183 COVID-19 cases, which was a record at the time. Authorities said hospitalizations rose by 12, to 1,067, and 142 people were in intensive care, a rise of five.

The province said Montreal and its northern suburb, Laval, were among the regions with the most new cases, with 799 and 210, respectively. 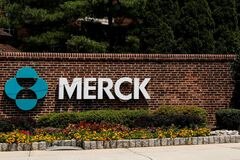 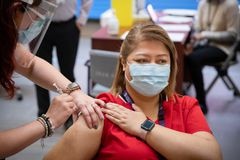