For three nights next week, Marc-Antoine Doré will be sleeping in his grocery shop in old Quebec City. He’ll bed down on his camping mattress near the gourmet granola and made-in-Quebec ciders, a sort of sentry against the protesting hordes expected in town for the G7 Summit.

“I can’t put myself in the head of a protester who decides to smash everything. So I’m staying here, all the time,” Mr. Doré says inside his store, set on a cobblestoned street within view of the grand Château Frontenac.

The Group of Seven summit unfolds next Friday and Saturday in La Malbaie, nearly two hours’ drive northeast of Quebec City. But the remoteness and massive security deployment at the summit site, coupled with the presence of hundreds of international journalists in Quebec City, is fuelling predictions that Quebec’s picturesque capital will take the brunt of anti-summit demonstrations.

Protests – often violent – have become as much a feature of world-leader summits as photo ops and trade talk. And demonstrators of all stripes have a handy target in U.S. President Donald Trump, who will be on his first official visit to Canada.

Quebec City Police Chief Robert Pigeon told reporters last month that the risk level in his city was “moderate.” Law-abiding groups are expected to demonstrate, he said, before adding ominously: “However, we expect these groups to be infiltrated by people with ill-intentioned motivations.”

Those inside Quebec City’s high-risk zones are getting nervous. Ten schools have announced they will shut for two days and daycares are telling parents to keep their kids home. Merchants along Quebec City’s lively commercial streets such as the Grande Allée and rue Saint-Jean – crowded with selfie-snapping tourists one day recently – are bringing in patio furniture for fear that chairs and tables will become projectiles. Other merchants have installed anti-shatter film on their storefronts, or are closing altogether.

Paranoia or wise precautions? It’s impossible to predict whether mass protests will remain peaceful or not. However, preparations suggest police are taking safety risks seriously.

Nearly 70 per cent of the $604-million budget for the G7 is earmarked for security, according to a G7 spokesman. Canada’s security deployment is bringing together the combined forces of Public Safety, the RCMP, National Defence, Canadian Security Intelligence Service and Canada Border Services Agency. The RCMP alone is sending a reported 3,000 officers, adding to thousands of Armed Forces soldiers.

The summit location, the Charlevoix resort town of La Malbaie, has turned into a fortified encampment. Protesters will be relegated to a “free-speech zone,” while leaving limited freedom of movement anywhere else. The high-security “red zone,” which includes the cliff-top Fairmont Le Manoir Richelieu where the heads of state are staying, is protected behind 3.7 kilometres of fencing with closed-circuit cameras. Beyond that is a so-called Green Zone where 600 residents live, but even they require security clearance and cannot enter without passing through police checkpoints. 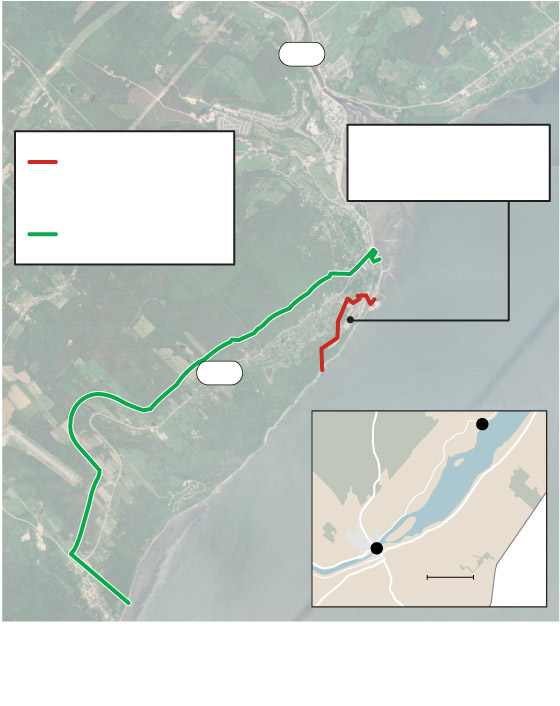 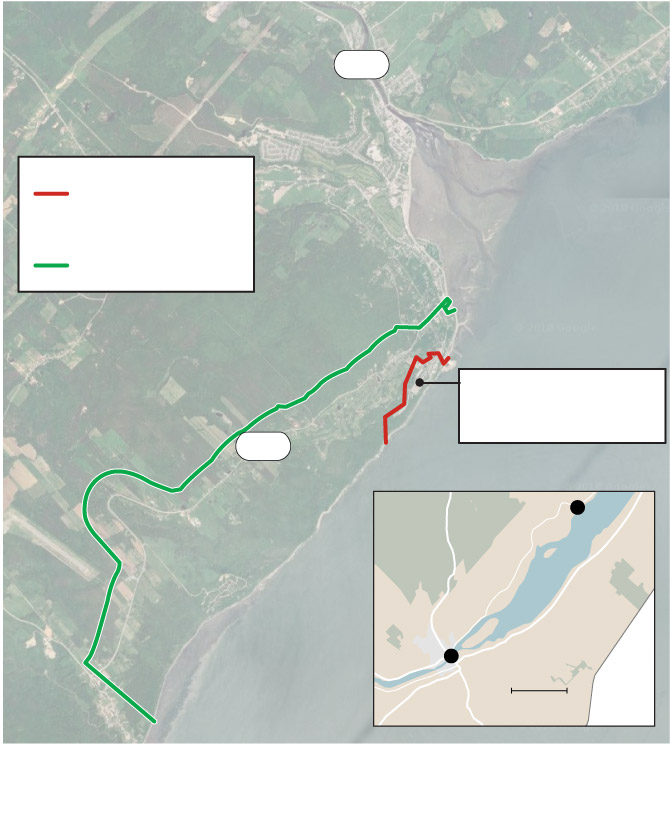 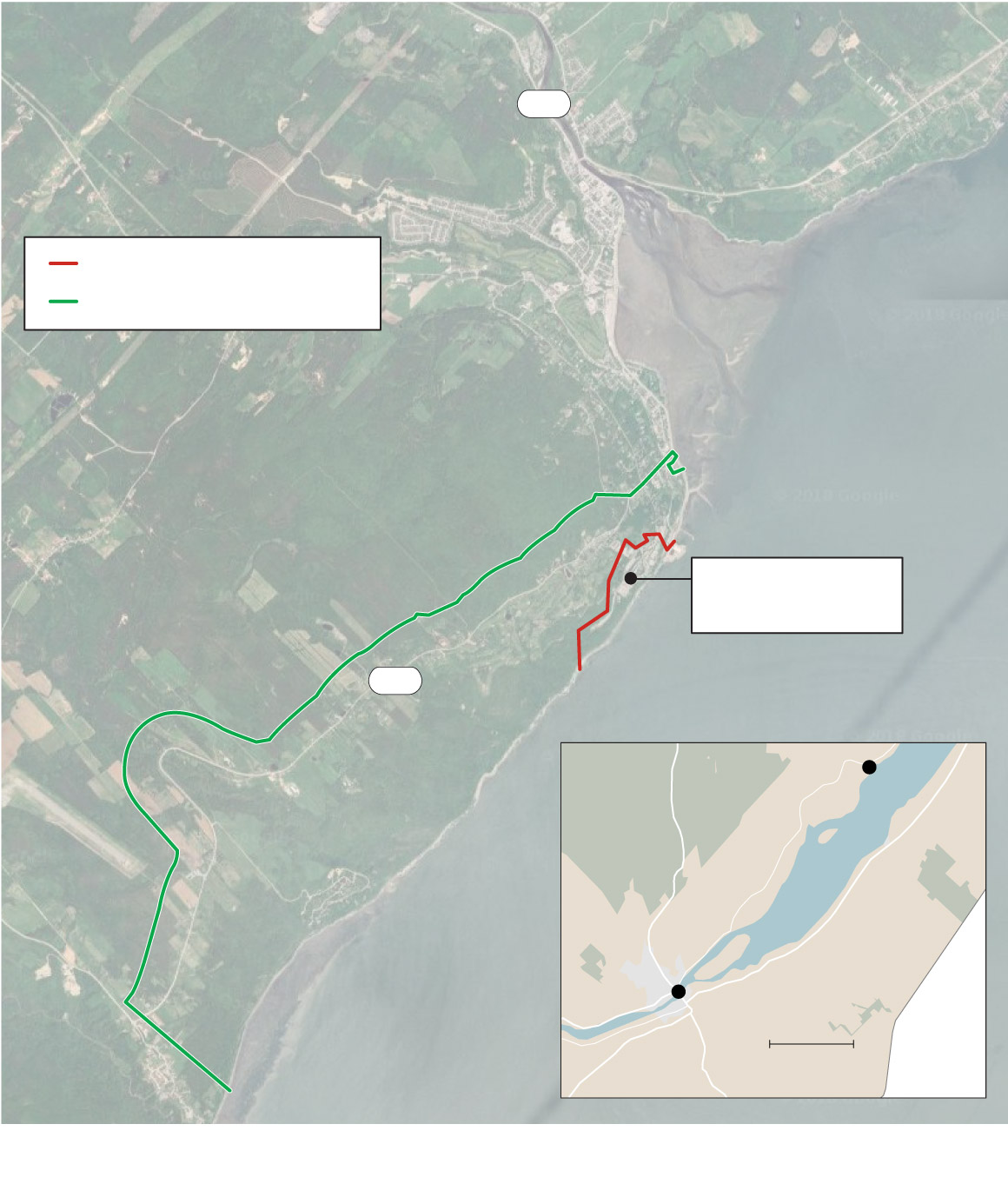 La Malbaie’s relative seclusion was certainly considered when Ottawa chose the town as the summit site. Sure, it’s a charming spot with a long history of hospitality. In the days when it was known as Murray Bay, it was a summertime retreat for Montreal and New York high society and dubbed Newport of the North. American political leaders were no strangers to its appeal: U.S. President William Howard Taft summered there and inaugurated the golf course at the Manoir Richelieu in 1925.

Its bucolic setting is also a security asset. There is only one main road into town. “[Police] are aware that protesters will use an urban environment, as opposed to try to hike the wooded areas around La Malbaie,” says former RCMP commissioner Pierre-Yves Bourduas.

Demonstrators’ plans suggest he’s right. Activists have already announced protests for Quebec City beginning on Thursday, adding to the sense of foreboding in Quebec’s second-largest city. People there suffer from a form of post-summit stress syndrome that dates to the Summit of the Americas in 2001. That gathering turned the historic city into a barricaded encampment that pitted riot police against protesters, put residents into lockdown and choked ordinary citizens with tear gas.

“Residents and merchants were taken hostage,” said Alain Samson, head of a neighbourhood committee in the high-risk zone. “We were tear-gassed, subjected to stun grenades and water cannons. Our neighbourhoods were taken over. And what did it give us?”

“We don’t want to live through it again,” Mr. Samson said.

This time, 1,000 police officers are being put on duty in Quebec City, starting Thursday. Most merchants say they will keep their businesses open.

Mr. Doré, who is board president of the Old Quebec business-development corporation, is philosophical about the G7. On the one hand, the summit will showcase Quebec City “and show the world that we exist, and we’re beautiful,” he says.

On the other, he’s not convinced that images of beauty will win the day during the summit. Besides sleeping in his shop, he’s got extra cleaning staff on standby and is ready to shutter the windows with plywood.

“We all know what happened in 2001,” Mr. Doré said, “so people are afraid. They’re worried that something unfortunate will happen. We have to be ready.”

U.S. decision on tariffs heightens tensions ahead of G7 leaders’ summit
May 31, 2018
Canada insists G7 talks going well as questions mount over what Trump will support
May 30, 2018
opinion
Ahead of G7 summit, will Trudeau sidestep the many potential pitfalls?
May 30, 2018