Ten minutes after he fled the Quebec City mosque in his father’s silver SUV, leaving the dead and wounded at the front entrance and in the prayer room, Alexandre Bissonnette called 911 and confessed.

Operator Simon Labrecque had been dealing with a flood of reports about the shooting on the evening of Jan. 29, 2017, when he picked up Mr. Bissonnette’s call and answered “911, Ville de Québec.” A recording of the call was played on Thursday afternoon at Mr. Bissonnette’s sentencing hearing. Superior Court Justice François Huot must decide if the man who admitted to the first-degree murder of six people will be eligible for parole in 25 years, or more, or never.

“Um, yes, it’s me who was at the mosque earlier,” were the first words from the killer. “Pardon?” Mr. Labrecque replied, forcing him to repeat what he had said.

Over the next 50 minutes, Mr. Labrecque talked to Mr. Bissonnette, finding out that he was driving on the eastern outskirts of the city, and telling him he was in contact with police. Meanwhile, the Quebec City officers set up a security cordon and sent the heavily armed tactical team.

Mr. Labrecque advised Mr. Bissonnette to pull over to the side of the freeway. He asked questions clearly intended to help police: Did he have any guns, and where were they? A Glock pistol, in the back seat. How many did he have? Two, including one he left at the mosque, plus four more at home.

The operator also asked questions designed to keep the caller on the line, about his studies, books, chess, his job at Héma-Québec, the province’s blood agency, and the fact he once took the test to be a 911 operator. How did he come to own all those guns, anyway, Mr. Labrecque asked. Mr. Bissonnette was a licensed and trained legal firearm owner with the required gun club membership for his pistols, court heard.

Several times, Mr. Bissonnette said he would kill himself. Each time, the operator distracted him and kept him on the line.

The court also heard evidence on Thursday about the seizure of Mr. Bissonnette’s guns at his parents’ home: a shotgun, two rifles and a pistol.

Police also found a doctor’s note for sick leave from Héma-Québec. Mr. Bissonnette had been off work because of anxiety and was due back the next day.

A ballistics report showed that the number of victims could have far exceeded the six dead and eight wounded. The killer started with a Czech Small Arms VZ58 Sportster rifle, a .223 calibre semi-automatic with a five-round magazine that is legal in Canada. Mr. Bissonnette had two illegal 30-round magazines loaded and 58 rounds.

The first shot misfired. He abandoned the weapon and used a far less powerful and accurate 10-round pistol, which he had to reload four times to fire 48 shots.

In the 911 call, the operator got other information from the killer as he cried and hyperventilated. While he admitted the shooting, he also seemed to be in denial: “I hope I didn’t hurt anyone?” he asks, repeating versions of the same question at least three times. He expresses relief when the operator tells him ambulances were sent.

Just before the arrest, the operator asks the killer to remain calm and listens to the officers to make sure it all “goes well.”

The operator replies: “Of course not. I’ve passed along the message.” 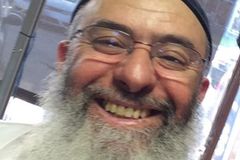 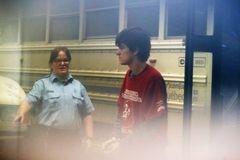 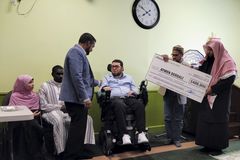