The Quebec government has recognized the Arvida neighbourhood in the Saguenay-Lac-Saint-Jean region as a heritage site.

The status protecting former the industrial town – now a historic neighbourhood that falls within the limits of the City of Saguenay – was announced Sunday by Culture Minister Nathalie Roy.

The area, located about 250 kilometres north of Quebec City, was founded by Arthur Vining Davis, the U.S.-born head of the Aluminum Company of America, who developed the remote area in the 1920s to welcome employees of the first Alcoa aluminum plant, later known as Alcan.

The name Arvida comes from the first two letters of the first, middle and last names of its founder.

Its distinctive architecture, urban planning and landscaping as well as its historical character led the federal government to declare Arvida a national historic site in 2012.

Lucie K. Morisset, an urban planning professor at the Université du Quebec a Montreal and author of a book on the town, said part of that richness is how the town was designed and built. It was an ambitious project constructed in three phases between 1925 and 1950.

“Over 25 years, they constructed over 2000 homes using 125 different models,” said Morisset. “They were constructed with technological means quite innovative for the time, which allowed, for example, for the first district in the city of Arvida to build 270 houses in 135 days.”

Arvida was much more than an urban planning and housing project – it was also a societal project built on equality among its residents, Morisset said.

“What is so rich is the urban project which was put in place in order to develop, to create a new society, a society based on the equality of the people living in Arvida – the equality of the workers, of the engineers, whatever their race, their social class or their position in the company,” she said.

Arvida also has historical significance because it houses an aluminum factory that played a major role in world history as the largest aluminum plant in the world between 1943 and 1975.

“That’s where we produced two-thirds of the aluminum that was used in the war effort by the Allies during the Second World War,” Morisset said.

Josee Bergeron, director of the Arvida History Centre, a virtual museum, said in an interview that she intended to open an actual centre in Arvida in the near future and said the recognition was long in the making.

“It has been a very long time, it was a moment we were waiting for,” Bergeron said.

In 2010, the community set up a committee to pursue the status. In 2012, Parks Canada declared the area a national historic site, calling it a “well preserved example of a Canadian company town,” as well as being tied to the growth and development of Canada’s aluminum sector.

The previous provincial Liberal government had already begun the process to designate Arvida as a heritage site in 2016.

The City of Saguenay had also hoped the neighbourhood would be recognized as a UNESCO World Heritage Site, but it was not chosen from the list of proposals made to the federal government in 2017.

Roy said in a Facebook post following her announcement that the province needs to do more to protect heritage properties. She cited the demolition last week of The Maison Boileau, a heritage property in Chambly, Que., that had ties to a civilian uprising against British rule in the 1800s.

Roy said such a loss reinforces the urgency of taking action, and she added all measures are being considered, including creating a master list of heritage properties at risk.

“Our government wants to act and not react. We are doing it so that unfortunate cases like that of Maison Boileau do not happen again,” Roy wrote.

Arvida becomes the 13th heritage site recognized by Quebec, a list that includes Perce in the Gaspe region, Ile d’Orleans and Mount Royal, the famed mountain park from which Montreal gets its name. 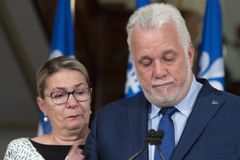 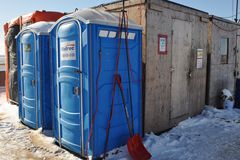