The Quebec government launched a wide-ranging independent commission Thursday to look into youth protection in the province, prompted by the death last month of a seven-year-old girl who had been followed by child services and whose case fell between the cracks.

Premier François Legault and Lionel Carmant, the minister who oversees youth protection, were joined by representatives of the three opposition parties in Quebec City for the announcement of the commission’s 18-month mandate.

Mr. Legault said it was urgent to act.

“What I hope is that there’s a before Granby and an after Granby,” he said. “That all of Quebec says that from now on, we’ll do things differently.”

The commission will be led by Régine Laurent, a nurse and former labour leader, and will include one lawmaker from each of the four main political parties as well as five outside experts and two vice-chairmen.

“I am here because I want things to change,” Ms. Laurent said. “I’m determined to identify concrete solutions for our children so that we never again lose a child in distress.”

Ms. Laurent said the case of the girl from Granby, who according to the government had been in the protection system since birth, shocked and saddened her. Then came a sense of shame that something such as this could happen, in Quebec, in 2019, she said.

Numerous factors need to be considered, including making sure the province’s 40-year-old Youth Protection Act is equipped to deal with the current conditions and realities of families in Quebec. The review will look at funding and organization of youth protection services and their ability to provide timely, responsive services to children and families.

The committee will look at how the education sector, child care, community organizations, health and social services, legal services and how police interact with the protection system. It will also study the experience of Indigenous children and their families within the system.

Some hearings will be public while others will be held behind closed doors to allow intervenors to speak freely.

Ms. Laurent said she had three conditions going in – that the commission have an open-ended mandate, that her team be reinforced with the proper experts and that she have a firm commitment from the Coalition Avenir Québec government that her report wouldn’t be tucked away in storage.

“It’s what I told the Premier during our meeting, and he assured me it wouldn’t be shelved,” Ms. Laurent said. The commission will issue a final report with recommendations by Nov. 30, 2020 at the latest.

Mr. Legault first proposed such an inquiry in the days after the Granby case came to light.

The government was well aware of a backlog of cases and a lack of resources in the youth protection system in general when they took power last fall and added funding in its last budget.

“But I think Granby showed us it was urgent for us to go faster and to look at the entire problem, not just youth protection,” Mr. Legault said.

While the girl’s death may have sparked the probe, her case won’t be central to it, Mr. Laurent said.

“There are already many investigations, so the commission will look at the issues from a larger perspective,” she said.

Several investigations have already been ordered into the handling of her case, including a coroner’s inquest, an internal probe by the regional health authority that oversees youth protection in the Eastern Townships region, an investigation by the Quebec Human Rights and Youth Commission and a police probe.

The girl’s father, 30, and stepmother, 35, were each charged with unlawful confinement while the woman was also charged with aggravated assault.

Granby police found the girl at her home in critical condition and she died April 29 after her guardians had appeared in court. The Crown is looking at the evidence to see if they’ll be upgrading the charges the pair face.

They return to court separately next week in the town about 80 kilometres east of Montreal.

Case of Quebec couple charged in seven-year-old girl’s death put off until June
May 24, 2019 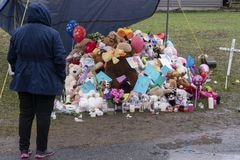 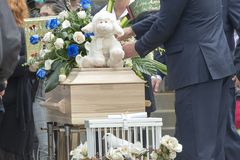 Quebec social workers decry working conditions following death of Granby girl
May 3, 2019
Report an error
Due to technical reasons, we have temporarily removed commenting from our articles. We hope to have this fixed soon. Thank you for your patience. If you are looking to give feedback on our new site, please send it along to feedback@globeandmail.com. If you want to write a letter to the editor, please forward to letters@globeandmail.com.
Comments are closed