Quebec’s statistics institute has published data showing that the province had hundreds more deaths than anticipated in the early weeks of the pandemic that are not accounted for by the official COVID-19 death toll.

The province had 451 deaths on top of the reported COVID-19 deaths and the historical average for a four-week period ending in mid-April. The preliminary data showed fatalities were 8.5-per-cent higher than might have been expected after accounting for COVID-19.

The data show that Quebec sits far below pandemic hot spots, such as Britain, Spain and Italy, in percentage of unaccounted excess deaths but close to New York and Sweden, according to a database kept by The Economist.

Quebec’s death figures come with caveats. For one, Quebec’s population is slowly growing each year, meaning its death figures are also growing each year. Additionally, the province does not currently note causes of death in its data, limiting analysis of excess mortality. The weekly numbers will also be adjusted as slower cases such as those handled by the coroner are added.

The data still raises important questions about whether COVID-19 cases have gone uncounted, whether sick people have gone untreated, or what other unidentified factors may be causing additional deaths. 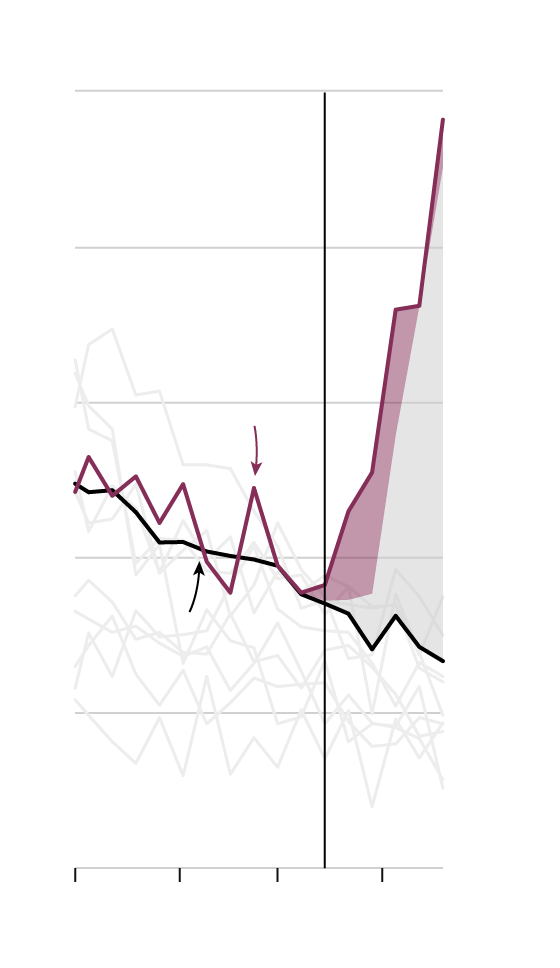 Deaths in Quebec each week, 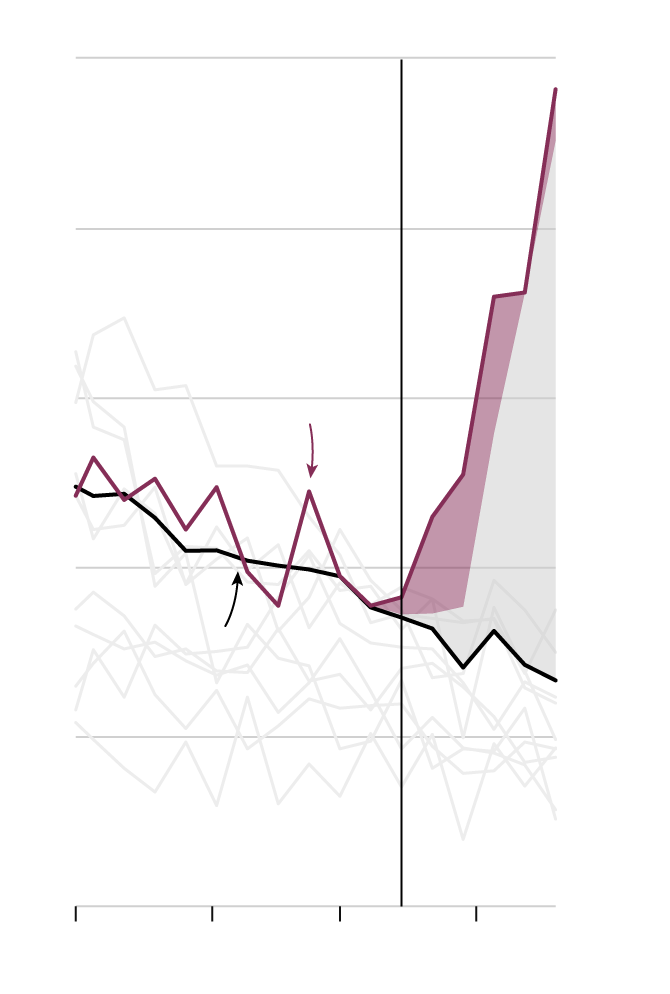 Deaths in Quebec each week, 2020 vs. past years 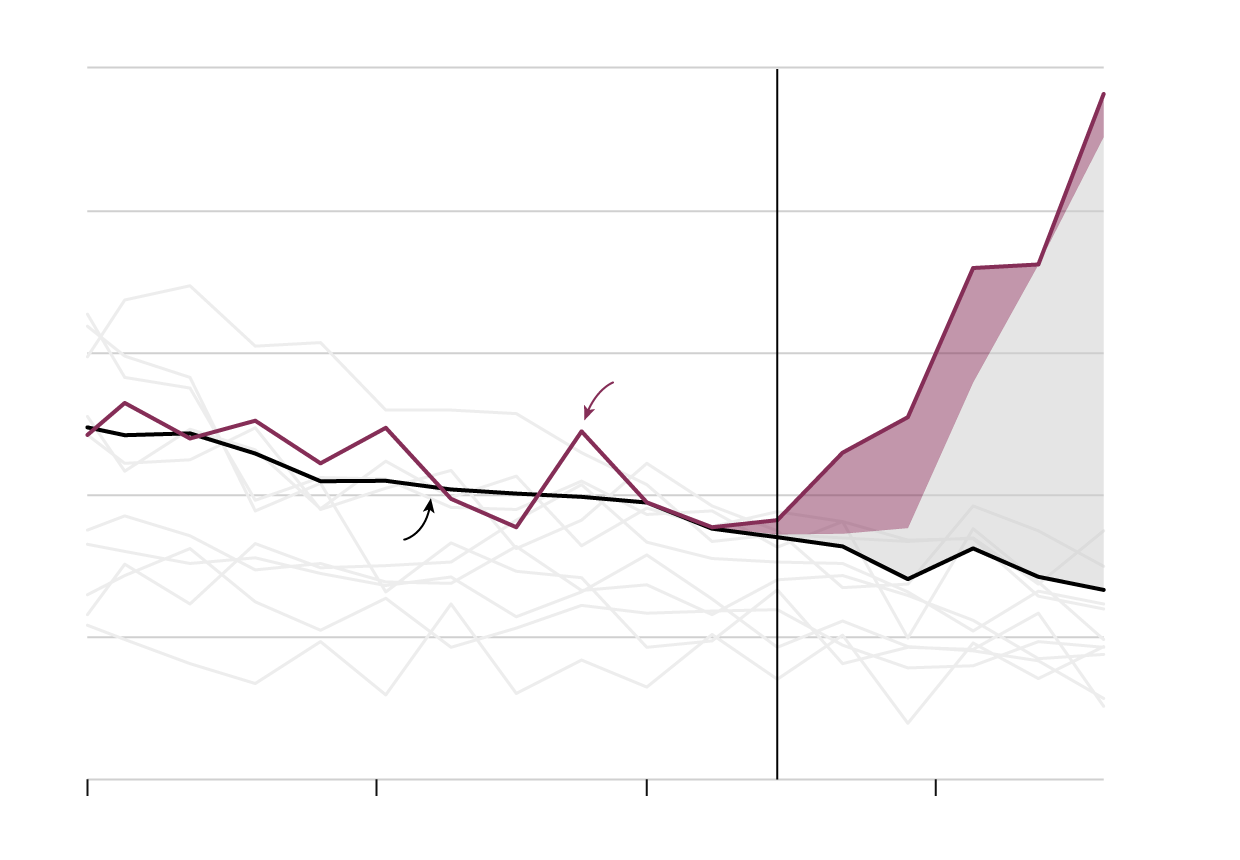 Deaths in Quebec each week, 2020 vs. past years

The mere existence of the preliminary data, published in this format for the first time in Quebec, puts the province far ahead of others, such as Ontario, in tracking and releasing the information.

“We’re trying to get a sense if excess or indirect deaths are a big thing or not. Here we have an indication there may have been a little bit of excess mortality early on, it’s certainly interesting,” said Pierre-Carl Michaud, an economist who specializes in demography and health at HEC Montréal.

“But you have to be careful with this kind of analysis. It has a methodological problem, which is getting the counterfactual right: What would have happened in the absence of the pandemic? This is a really tricky thing, a nightmare in some sense.”

The Globe and Mail used the data to compare Quebec’s weekly death statistics for 2020 against those in past years, going back to 2010. Starting in mid-March, when Quebec’s COVID-19 started to rise dramatically, the number of fatalities in the province trended sharply upward.

Quebec saw a 15-per-cent increase in overall deaths during the first four weeks of the pandemic, but deaths from COVID-19 did not entirely account for the higher totals when compared against the average over the past five years. There were 451 more deaths during a four-week period from mid-March to early April than what could be expected based on the average, according to The Globe’s analysis.

Experts who have called for better, more rapid access to Canadian death data have said excess mortality trends could be a result of people dying of COVID-19 before being tested, which could exclude them from official tallies. In Quebec, deaths can be added to statistics based on symptoms, even without a test.

“In the current context it’s a complimentary tool that allows us to see in a general way what is happening in recent weeks and months," ISQ demographer Chantal Girard said. “What is causing death to go up and down, the analysis, will require more time. It’s a first glimpse and first comparison.”

Access to up-to-date death data has become a rallying point for researchers hoping to better understand the pandemic’s impact in Canada, but who have been stymied by a significant data gap – most provinces do not publish death tallies in a timely fashion.

Last week, Statistics Canada began publishing provisional death figures. Ontario, the province hit second-hardest by COVID-19 after Quebec, was conspicuously absent from the agency’s report, and has yet to make death data available.

“We need these kinds of data by week so we can really look at the effectiveness of policy in the lockdown,” Dr. Michaud said.

Rights groups say Montreal inmate’s COVID-19 death highlights need for action
May 21, 2020
opinion
Where is all the testing and tracing our politicians keep promising, but haven’t delivered?
May 21, 2020
opinion
It’s the provinces that will emerge from this crisis weaker, as power shifts to Ottawa
May 22, 2020