Residents of two Quebec nursing homes will be the first in Canada to receive the Pfizer-BioNTech vaccine this week, the initial steps in what will turn into a massive immunization drive against COVID-19.

While other provinces say the vaccine’s handling requirements make it hard to immunize nursing home residents immediately, Quebec is starting in those facilities, where the disease continues to tear through at an alarming rate.

Doses of the first COVID-19 vaccine approved for use in Canada arrived in the country on Sunday, Prime Minister Justin Trudeau said on Twitter.

The province will test the logistical challenges of the new vaccine at the Saint-Antoine long-term care home, in Quebec City and at the Donald Berman Maimonides Geriatric Centre on the west side of the island of Montreal.

In Quebec City, the first person to be vaccinated has been selected: Gisèle Lévesque, an 89-year-old former bank employee who had moved to Saint-Antoine just as the pandemic started. In Montreal, a special freezer has been delivered, teams of nurses with crash carts set up and consent forms e-mailed.

Which COVID-19 vaccines are in development or approved for use in Canada? Here’s everything you need to know

The anticipation was also felt in Manitoba, where half of the 900 appointments for the province’s first vaccination clinic were quickly booked Sunday morning. Manitoba is giving priority to older health care workers in direct contact with patients.

Ontario is also starting by vaccinating front-line health personnel, at University Health Network in Toronto and at Ottawa Hospital.

The first shipment of vaccines will be sent to 14 sites across 10 provinces this week. But Quebec will be the only place starting immunization in care homes.

The vaccines arrive as the second wave of COVID-19 forced lockdowns in many parts of the country and pushed health facilities to the brink. Maimonides, for example, has an outbreak that infected 40 residents and killed 15.

“Some of us are relieved. There are people who believe the vaccine will protect their loved ones. But there also concerns,” said Joyce Shanks, whose 81-year-old father, Harvey Stoliar, lives at Maimonides.

Ms. Shanks, a member of the centre’s family advocacy committee, said some relatives worry about adverse reactions from the vaccine. However, she said families have been assured the vaccination will be done at bedsides, with extra nurses, doctors and a pharmacist on hand.

The rollout at Maimonides will start gradually in each ward, said Lucie Tremblay, director of nursing for the West-Central Montreal health board. “We want to make sure we can handle the postinjection monitoring. … We don’t want to have to keep an eye for side effects on 70 people. It’s more sensible with smaller groups of about 10 residents.”

About 250 of the 327 Maimonides residents agreed to be vaccinated. Legal representatives for those not mentally competent were contacted by e-mail and phone. Ms. Tremblay said some relatives didn’t consent because their parents were already in palliative care.

In Quebec City, the Saint-Antoine facility said most of the 229 residents are expected to be vaccinated. The second wave had spared Saint-Antoine until last week, when eight residents were infected.

Nearly 7,000 Canadian seniors living in long-term care (LTC) centres have died from the novel coronavirus since the start of the pandemic and the country has the one of the highest rates of nursing home deaths connected to the disease in the world.

The vaccine can protect those who get it from COVID-19 but there is no conclusive data yet on whether it makes asymptomatic carriers not shed the virus.

With that possibility of postvaccination viral spread, the Quebec National Institute of Public Health (INSPQ) advised the government that it was more prudent to adopt a “direct strategy” of immunizing vulnerable people rather than the “indirect strategy” of injecting those likely to be viral carriers.

That is why Quebec gave priority to LTC residents, followed by front-line health care workers, then people living in seniors’ residences.

For the initial phase, Pfizer says shots can only be administered at the sites where the vaccine was dropped off. Health Minister Christian Dubé said there will eventually be 20 sites, half of them nursing homes. Some remote regions might have to wait for the Moderna vaccine.

Each carton of vaccines holds 975 doses, in 195 vials. “When you open a box, you cannot transfer those doses to another place. So you have to have [nursing homes] or places where you can use at least 975 doses,” Premier François Legault told reporters.

Each vial yields five shots that have to be injected within six hours after preparation. So even if a site is in an LTC home, the vaccine may be administered to other high-priority people outside the facility rather than waste leftover doses.

Ms. Shanks remained troubled by chronic issues with Quebec’s care homes that she fears will undermine the impact of the vaccination.

While staff and residents will get shots, relatives who act as caregivers have not been given priority. And employees are not systematically screened for the coronavirus. (Carl Thériault, a spokesman for the local health board, said personnel cannot be legally compelled to get tested.)

“That makes me very upset, very concerned. Because it doesn’t matter if you’re vaccinated because you might still be spreading the virus in the community,” Ms. Shanks said.

The INSPQ said the province should aim to vaccinate three-quarters of its 8.5 million population.

Mr. Legault said his government hopes to have immunized all people living in nursing homes and seniors’ residences – a total of 176,000 elderly people – by the end of January. “It would be a major change in this situation,” he told reporters.

Major-General Dany Fortin, who is leading the distribution of vaccines across the country, told the CBC on Sunday that he expects the Moderna vaccines to be delivered to Canada in early January but planning is under way now to get ready.

“I really want us to be ready at the end of next week,” he said.

How the Pfizer-BioNTech COVID-19 vaccine is prepared for injection

The first vaccine to be certified for immunization against COVID-19 requires ultracold storage and a two-shot regimen, but also needs some extra preparation before it can be injected.

Unlike common versions of the flu shots, the Pfizer-BioNTech vaccine doesn’t come in prefilled syringes but in cartons of 195 multidose vials.

The vials first have to be thawed for two hours in a refrigerator, or 30 minutes at room temperature. Afterward, they need to be gently flipped over 10 times but not shaken.

The vials have to be carefully flipped again 10 times to mix the solution. The time of preparation is recorded, because the vaccine has to be used within six hours.

The vaccine is injected in the shoulder muscle, with a second shot required 21 days later. 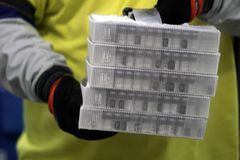 AstraZeneca to buy Alexion for US$39-billion to expand in immunology
Subscriber content
December 14, 2020 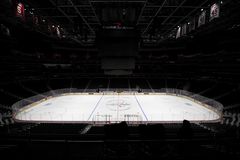 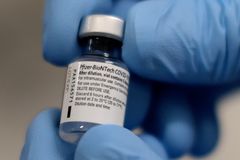