Ontario set out benchmarks including a consistent decrease in the number of COVID-19 cases before some workplaces and public spaces open. Quebec, meanwhile, is facing hundreds of new cases and dozens of deaths each day but still set May 11 as the start for opening elementary schools and daycare centres.

Quebec expects to have all elementary schools and daycares open on May 19, including in the hot spot of Montreal, and will introduce a plan for relaunching business on Tuesday. Ontario’s plan doesn’t even mention schools, which are closed until at least the end of May.

“The framework is about how we’re reopening – not when we’re reopening,” Ontario Premier Doug Ford said Monday as he unveiled the province’s 12-page plan. “This is a road map, it’s not a calendar.”

Quebec Premier François Legault said the situation is stable outside nursing homes and the province has achieved its main objective of protecting the hospital system, which has 5,500 empty beds.

“We are opening our schools for social reasons and because the situation is under control, particularly in hospitals.”

While the growth of new cases and deaths has gradually slowed in both provinces, Quebec still announced 84 new deaths Monday, bringing the total to 1,599, compared with 892 in Ontario. Ontario reported 424 new cases of COVID-19 – a 2.9-per-cent increase. Quebec reported 593 new cases, an increase of 4 per cent. (Comparisons must be used cautiously. Quebec has a wider definition of COVID-19-related deaths and tests more than Ontario.)

Mr. Legault said the province has increased its capacity to test for COVID-19 but did not announce a systematic testing plan to accompany school openings.

Quebec high schools, colleges and universities will remain physically closed until the next school year. Parents who don’t want to send their children to elementary school will not be forced, Mr. Legault said, and teachers older than 60 or with health problems can stay home and work online.

“I realize some Quebeckers will have some worries and questions,” Mr. Legault said during a news conference. “This is not compulsory. You can proceed at your own rhythm.”

Mr. Legault said children are suffering side effects from confinement with little evidence they are at high risk of getting sick from COVID-19. Up to a quarter of Quebec students get food, counselling, screening and other extra help through school.

“I wish we had a better handle on the role of kids in transmission of COVID,” said Dr. Fisman, an epidemiologist at the University of Toronto’s Dalla Lana School of Public Health. He described the Ontario Premier’s road map as “pitch perfect. Our control efforts decide the timeline, it’s that simple.”

Ontario’s plan outlines three phases for reopening the economy – protect, restart and recover – which will be monitored by public health officials for two to four weeks. The government could change course at any time.

Mr. Ford said he wants the economy to get going again, but not at the expense of health and safety. “Let me be crystal clear: Long as this virus remains a threat to Ontario, we will continue to take every precaution necessary,” he said.

During Stage 1 of the restart phase, Ontario will open select workplaces and allow small gatherings, followed by allowing more workplaces and outdoor spaces to open. Small funerals might be allowed.

In the second stage, Ontario will open more workplaces – such as service industries – as well as office and retail stores. The third stage allows all workplaces to open and loosens restrictions on large gatherings, but says concerts and sporting events “will continue to be restricted for the foreseeable future.”

The document says Ontario’s Chief Medical Officer of Health, David Williams, will advise the government on reopening based on four criteria, including a decrease in the number new COVID-19 cases in hospitals; sufficient acute and critical care capacity, including access to ventilators and availability of protective equipment; ability to trace 90 per cent of new COVID-19 contacts within a day; and a shift to “new and other ways of testing” to track cases.

Quebec announced no detailed criteria Monday, other than to say it will closely monitor hospital capacity and local outbreaks.

Horacio Arruda, Quebec’s Director of Public Health, cautioned that Quebeckers should not take the school openings as a signal that life can now go back to normal. Physical-distancing measures must continue, he said. “It’s still not the time for parties or dinner parties,” Dr. Arruda said. “Do not interpret this as a time to start moving around freely.”

Some Quebec daycares have stayed open through the lockdown to provide care for about 6,000 children of essential services workers. At least nine daycare workers and six children tested positive for COVID-19 in the past seven weeks, including one caregiver who was admitted to hospital. Centres will limit occupancy to 30-per-cent capacity to start. Daycare workers will wear masks.

For schools, Mr. Legault said the goal will be to maintain two-metre distancing and limit class size to a maximum of 15 students. ​School teachers will not wear protective gear, but those older than 60 or in other higher-risk categories will be allowed to continue working remotely.

Quebec parents will have to let principals know one week in advance whether they plan to send their children to school.

Fiona Burke, a hotel restaurant chef currently laid off and the mother of an 11-year-old boy who lives in Lennoxville, Que., said she likely won’t send her child to school in the spring. Too much is not known about the disease, she said.

“I can understand it from an economic perspective; I understand the value for mental health and the value of routine, but I’m not sure if six weeks of school will hinder or help,” she said. “I think continuity is important at a time like this, and maintaining the continuity we have is valuable, too. I’m hesitant to disrupt it again.”

Mr. Legault stressed his goal is not herd immunity. The Premier caused an uproar in Quebec last week when he spoke at length about reopening schools in part so a significant portion of the population would be infected and develop immunity. The concept is unproven when it comes to COVID-19 and would be a long process with high risk of numerous deaths.

Quebec’s federation of teachers’ unions said the government’s plan was drawn up without consulting them and is full of holes that defy science.

Education Minister Jean-François Roberge said schools will have the flexibility to sort out many of those details. 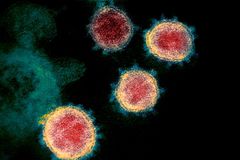 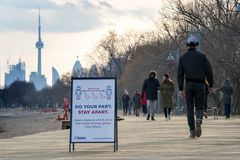 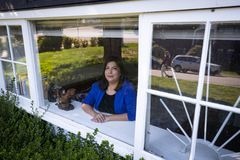 Coronavirus information
The Zero Canada Project provides resources to help you manage your health, your finances and your family life as Canada reopens.
Visit the hub
Follow Les Perreaux and Laura Stone on Twitter @Perreaux @l_stone
Report an error Editorial code of conduct
Due to technical reasons, we have temporarily removed commenting from our articles. We hope to have this fixed soon. Thank you for your patience. If you are looking to give feedback on our new site, please send it along to feedback@globeandmail.com. If you want to write a letter to the editor, please forward to letters@globeandmail.com.
Comments