Sidhartha Banerjee
MONTREAL
The Canadian Press
Published May 19, 2021 Updated May 19, 2021
For Subscribers
Comments
Text Size
Please log in to listen to this story. Also available in French and Mandarin. Log In Create Free Account

A former Quebec orderly who was caught on video making derogatory comments about an Indigenous woman insisted she was trying to motivate the patient, a coroner’s inquest heard Wednesday.

The orderly, one of two hospital employees fired after the death of Joyce Echaquan last September, was filmed on a Facebook Live video asking the patient what her children would think of her and saying she had made bad life choices.

“In all my comments, I was trying to be benevolent,” the orderly, whose name is protected by a publication ban, told the inquiry Wednesday. She insisted there was no malice in her words and that she was advised against apologizing formally to Ms. Echaquan’s family.

Coroner Géhane Kamel responded that those comments were anything but well meaning and were full of judgment.

The inquest is investigating the death of Ms. Echaquan, a 37-year-old Atikamekw mother of seven who broadcast herself in a Facebook Live video at the hospital northeast of Montreal as two female staff – an orderly and a nurse – were heard insulting and mocking her not long before she died on Sept. 28, 2020.

Ms. Kamel ordered the seven-minute video shot by Ms. Echaquan to be played in the courtroom for the first time.

The orderly defended herself, saying her comments reflected a technique frequently used with a person in crisis to get them to focus on something, in this case, Ms. Echaquan’s children.

Earlier Wednesday, a nurse in training who was assigned to care for Ms. Echaquan the morning of her death told the inquiry the patient fell twice from her hospital bed and was restrained to keep her from harming herself.

She said once it became clear that Ms. Echaquan’s vital signs had worsened, she tried in vain to get her in the reanimation room, but said she was told the room would take 10 minutes to clean.

The nurse in training was paired with a veteran nurse – who was caught insulting Ms. Echaquan in the Facebook video – but the young woman ended up alone because the older nurse had to attend to other patients.

The young nurse said better support is needed for nurses in training. She said she had never cared for a patient who was in restraints, adding that she felt as though she was going to be blamed for what happened to Ms. Echaquan.

“My clients want to tell you that they don’t blame you at all,” Patrick Martin-Ménard, the Echaquan family lawyer, told the young nurse.

A different hospital orderly told the inquest Wednesday that the nurse who insulted Ms. Echaquan told her she deleted the video taken on the patient’s phone.

The orderly, whose identity is protected by a publication ban, said her colleague confessed to deleting the Facebook video in the hours before Ms. Echaquan’s death.

The orderly was present the day Ms. Echaquan died and told the inquest the patient’s condition changed rapidly that morning. Ms. Echaquan was calm around breakfast before allegedly yelling and repeatedly hitting her head against a wall by midmorning, she said.

She said Ms. Echaquan was given a sedative and transferred to a private room.

“You could see in her eyes, they were empty, she wasn’t there,” the orderly said.

She attended to other patients and around 11 a.m., she returned to find Ms. Echaquan restrained by all four limbs to the hospital bed. The orderly said she was asked to get a fifth restraint to secure Ms. Echaquan’s abdomen.

A restrained patient, she said, is supposed to be under constant surveillance, but Ms. Echaquan was left alone.

“There was no one with her,” the orderly testified.

The orderly said after Ms. Echaquan was restrained, the nurse, in a state of panic, told her she had been filmed and had deleted the video. She said the colleague told her: “She filmed everything,” referring to Ms. Echaquan, before adding, “I deleted it.”

The orderly said she told her supervisor about the nurse deleting the video.

To this day, the orderly said she doesn’t know how Ms. Echaquan died. The cause of death has not been made public.

The orderly said since Ms. Echaquan’s death, there has been fear between the Indigenous Atikamekw community and hospital staff. “They are afraid of us and we are afraid of them.”

She said it’s sad it took a death for something to change, adding she believes hiring more Atikamekw staff at the hospital would be helpful.

“It’s been a long time that we’ve been hearing this, it’s about time we deal with it.” 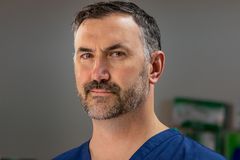