Montreal
The Canadian Press
Published February 14, 2020 Updated February 16, 2020
For Subscribers
Please log in to listen to this story. Also available in French and Mandarin. Log In Create Free Account

A fringe religious group in Quebec has complied with a court order to release the names of 135 children the provincial government claimed were being taught in illegal schools run by the group.

The religious order, called Mission de l’Esprit-Saint, still faces a contempt of court charge in relation to two injunctions dated Nov. 6 and 18, which ordered them to provide the information to the Education Department.

It was revealed in court on Friday that the order had released the names of the children and their parents to the government at the end of November.

But the group will still be required to defend itself in court because the contempt charge was filed against it before the religious order released the names.

The group, founded in 1913 by Eugene Richer, a former Montreal policeman, is to be back in court on May 26.

Several former members of the secretive group have spoken to the media, alleging it encourages girls to get married as young as 14 and provides little proper education. 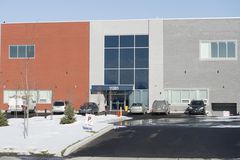