Quebec posted its highest number of confirmed COVID-19 infections in more than a month on Tuesday as the provincial government said it was watching the situation closely.

The 180 new confirmed cases were the most the province has seen in a single day since June 12, when it reported 181 infections.

“More screening may lead to more cases,” Health Minister Christian Dube tweeted alongside the daily tally. “We are monitoring the situation closely, especially in Montreal.”

On Monday, the province’s deputy premier said the pandemic in Quebec was under control and that increased tests were likely to bring about more positive cases, adding the percentage of positive results remained stable at about two per cent.

Dr. Matthew Oughton, assistant professor of medicine at McGill University, said it might not be shocking that more testing is revealing more positive cases, but, he added, it’s important to dig deeper into what the numbers mean.

“If you take a step back and look at what’s happening across Canada, it’s certainly notable that Quebec is not the only province that’s having increased numbers of new cases,” said Oughton, who is also an infectious disease specialist at Montreal’s Jewish General Hospital.

“The common thread in all of these is that, by and large, a much higher proportion now of these new cases are happening in people that are younger and not only younger, but they appear to be connected to higher-risk activities,” he said in an interview Tuesday.

Quebec has ramped up testing, reaching about 15,000 tests for three consecutive days last week. On Sunday, the last day for which data is available, the province conducted 10,501 tests.

The spike in tests came after health authorities in Montreal on July 11 urged anyone who had worked or visited a bar since July 1 to get tested. More recently, authorities said community spread is occurring through house parties as opposed to bars.

“In terms of the bigger picture, what this is telling me is we need to be careful about relaxing too much and engaging in these activities,” Oughton said. “As we’ve seen time and time again with this pandemic, what happens is you get the disease into one segment of society.”

In Quebec, the virus started with returning travellers from spring break, spread to long-term care residents and then to health-care workers. Those infected workers brought the virus home to their families and neighbourhoods.

“If we’re seeing more and more cases in young people – they don’t live in a vacuum,” said Oughton. “They will have contact with all other segments and this is just the next step in how this could spread.”

Slightly more than half the cases reported Tuesday were registered in Montreal, and the majority of the rest of the were in surrounding regions such as the Laurentians, Lanaudiere, Laval and Monteregie. The province has reported a total of 57,796 confirmed COVID-19 cases, 50,298 of which are considered recovered.

Other indicators have remained stable: authorities reported one new death for a total of 5,658, while hospitalizations declined by four to 247, with 15 people treated in intensive care, a reduction of two.

And while bars were initially identified by public health authorities as a concern, contract tracing led them to conclude spread is happening elsewhere. The government has also tightened rules for bars, limiting operating hours and the number of people allowed in an establishment.

On Monday, authorities said out of 924 bars on the Island of Montreal, only three were identified as having had COVID-19 cases, in addition to one other establishment on the city’s south shore.

“Maybe what’s happening is at bars, there are still rules,” Oughton said. “Maybe people who don’t want to wear a mask, perhaps they are doing this in a private setting rather than a bar because the rules aren’t enforced.” 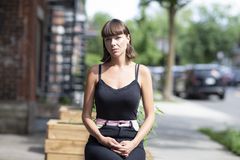 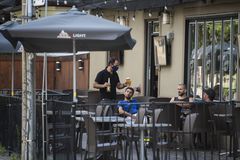 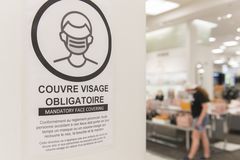