Some business owners in the Montreal area said Sunday that they’re preparing to find a new normal as Quebec prepares to further relax measures aimed at curbing the spread of COVID-19.

Masks, Plexiglas barriers, frequent disinfecting and no-touch browsing are some of the measures being put in place by retailers beginning Monday as the city becomes the final region in the province to be allowed to reopen retail stores, as long as they have a door to the outside.

Josee Madore, the owner a clothing boutique in Pointe-Claire village, west of Montreal, said she feels excited and just a little bit worried.

“It’s the unknown,” said Madore, as she put the finishing touches on Kiva Boutique.

Madore plans to open for private appointments on Monday and Tuesday, before opening to the public beginning Wednesday.

She’s limited opening hours, installed Plexiglas shields at the cash, and is planning to disinfect surfaces frequently. Rather than trying on clothes in store, customers are being encouraged to buy first and simply return items that don’t fit.

Madore said she didn’t have any concerns about her health ahead of reopening.

“I’m not worried at all, but I know my customers can be, so by respect for them I’m going to wear a mask and do whatever I can so they can feel safe,” she said in a phone interview.

The province also announced 44 COVID-19-related deaths, bringing the provincial death toll up to 3,984, while 14,331 people have recovered.

Emilie Bordat, the owner of Karibu boutique, says she has “mixed feelings” about reopening her gift shop in Montreal’s St-Henri neighbourhood. While she’s excited to see her customers, she’s not sure how much their habits will have changed.

Already, she says there’s been an increase in people browsing online and asking for contactless pick-up and delivery methods. She expects that many of her repeat customers will do their research beforehand, and come to the store once they know what they want.

At the same time, she’s hoping to draw some new customers through the door with a display of locally-made face masks offered for sale.

To keep people safe, she’s asking everyone to use hand sanitizer at the door, and is asking customers to avoid touching the products unnecessarily. She’ll also open Wednesday, to give herself two more days to prepare.

“It will be a very different way of doing business,” she said.

Despite Quebec’s high numbers, she doesn’t think it’s too early for Montreal to relax restrictions. She trusts her customers to be careful, and doesn’t see why small businesses should have to remain closed when big stores, such as Walmart, have stayed open all along.

Just as importantly, she says small businesses often provide an important bit of personal connection for their regular clients, some of whom are feeling isolated due to the pandemic.

“Just taking five minutes to talk, we can change a bit the loneliness of some people who can feel very (isolated),” she said.

“I think the role we have also is a social role, as a local business.”

The province has been gradually loosening restrictions, allowing outdoor gatherings with a maximum of 10 people from three families with social distancing in place as of Friday. 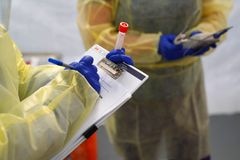 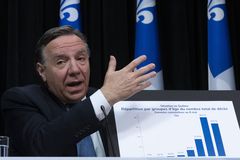 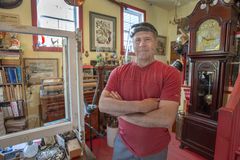