Quebec Premier François Legault said Thursday he is concerned by the rise in COVID-19 infections as the province reported the highest single-day increase in confirmed cases since June.

Mr. Legault said the province’s director of public health is analyzing the situation and will make a recommendation soon about whether to close bars and nightclubs after a recent string of outbreaks in the Montreal area linked to those venues.

“At this moment, we haven’t ruled out closing the bars,” Mr. Legault told reporters in Carleton, Que., in the Gaspé region.

Quebec reported 142 new cases of COVID-19 Thursday and 10 new deaths, nine of which occurred in the previous 24 hours. The province has now reported a total of 57,001 COVID-19 cases and 5,646 deaths since the pandemic began.

Hospitalizations continue to drop in the province, however. The number of patients being treated in hospital fell by eight, for a total of 277, including 20 people who are in intensive care, the same number as Wednesday.

Authorities said they conducted 12,887 COVID-19 tests Tuesday, the last day for which data is available.

The rise in infections comes after authorities recently identified at least 30 cases of COVID-19 linked to nine Montreal-area bars, prompting health officials last weekend to instruct anyone who had gone to a bar in the city since July 1 to get tested.

Quebec last week tried to reduce COVID-19 exposure at bars by ordering them to limit capacity to 50 per cent and stop serving alcohol at midnight.

“We tightened the rules,” Mr. Legault said Thursday. “But yes, I have concerns.”

The government was criticized this week after people said they had to wait several hours to be tested for COVID-19 at drop-in clinics in Montreal.

Quebec said late Wednesday it would increase testing capacity in the city by 1,000 additional tests a day to meet demand.

The province’s Health Minister, Christian Dubé, said Thursday that he had not yet seen a definitive link between the increase in COVID-19 cases and bars.

But he said he asked the public-health agency for more information to understand where the cases are coming from and what further action may be needed.

“I want to be careful between perception and the facts, but I can tell you that in the next few days we’ll have a very clear idea of our decision,” Mr. Dubé told reporters.

Bar owners and bar owners’ associations have raised concerns about another potential shutdown, saying hundreds of establishments across the province could be forced to close.

Dr. Horacio Arruda, Quebec’s Director of Public Health, said the province is mulling several options, from leaving things as they currently stand to closing specific bars only, ordering a shutdown of bars in a particular region or closing establishments across Quebec.

“All those hypotheses are possible,” Dr. Arruda said at a news conference on Thursday.

But he said public-health officials need to do a thorough analysis of the data before making any recommendations on the bars, because there may be other sources of COVID-19 infections, such as private parties.

“We can’t wait until it’s too late. But we also can’t act too soon and penalize a sector that isn’t necessarily the only source of the problem,” Dr. Arruda said.

Gopinath Jeyabalaratnam, a senior policy analyst at the Canadian Federation of Independent Business, said one in 10 small and medium businesses in Quebec faces bankruptcy as a result of the pandemic.

A recent study by the federation found that the average debt burden these businesses have accumulated so far because of COVID-19 is $127,000, Mr. Jeyabalaratnam said in an interview.

Bars were among the first businesses to close in Quebec and among the last to reopen, he said, and many are already struggling to pay their rent, bills and employee salaries with the existing restrictions.

“If they have to shut down again for a couple of months during the summer – the most [busy] period for them – it would be catastrophic,” he said.

Mr. Jeyabalaratnam said that if the Quebec government orders the bars to close, it should provide the businesses with economic support in the form of subsidies and tax deferrals to help them stay afloat.

“[The bars] are responsible for a lot of jobs in Quebec … so it is important for the government to keep that in mind.” 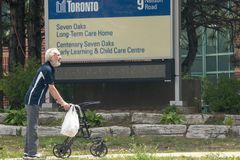 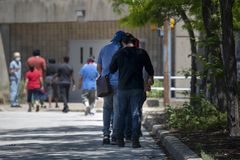