There is no perfect time to reopen schools during a pandemic.

But there are right ways and wrong ways of doing so, and the way Quebec is proceeding doesn’t feel right.

Primary-school students outside the greater Montreal area returned to class Monday. Those in Montreal won’t come back to school until May 25 at the earliest, if at all.

Montreal is the epicentre of the outbreak in the province and the country, while the number of COVID-19 cases in the outlying regions is minimal, so a staggered approach makes some sense.

What’s not clear is why Quebec is bothering at all with barely a month left in the school year.

Most provinces – British Columbia, Alberta, Saskatchewan, Manitoba, New Brunswick and Nova Scotia – have decided that the academic year is toast and classes will resume in September. Others, such as Ontario, are simply dragging their feet until it’s a fait accompli.

When Quebec Premier François Legault announced the reopening of schools and daycare, he said there were five reasons:

· For children’s own good, to ensure their development, especially children with learning disabilities;

· The health risks are minimal;

· The situation is under control in hospitals, so if there is a spike in cases, treatment will be available;

None of these arguments is particularly convincing.

If returning to class was essential for kids’ health, it wouldn’t be optional. In its own plans – which include no more than 15 students a class – the province is actually hoping that fewer than half of its students show up.

The government has done nothing for high-needs children in the two months that classes have been suspended, so this seems like a calculated epiphany. (Quebec could follow PEI and create specific programs for high-needs students.)

The jury is out on health risks. Children who get infected with the novel coronavirus appear to not get that sick – except when they do. Whether young people are efficient vectors for transmission to adults is still up in the air.

“If the return to school results in a spike in cases, there will be hospital beds available for the sick,” is probably the least compelling argument that could be put forward. The latest projections suggest that it may not be true, either.

Mr. Legault initially argued that school reopening would bolster “natural immunity” in the population, but that was so widely condemned that he dropped it.

It is true that months of confinement is bad for children’s physical and mental health (and that of their parents and caregivers.) But that doesn’t mean returning to class is the only deconfinement option.

By making attendance optional, Quebec is treating the rest of the school year as a glorified babysitting service. If that’s the case, then say so. Open summer camps instead of classrooms. At the very least, have classes outdoors, where the risk of disease spread is lower than indoors because physical distancing is easier.

The other troubling aspect of Quebec’s return-to-school plan is that it seems very seat-of-the-pants.

Children are returning to classes all over Europe, but in a much more organized manner. The rules are slightly different in every country, but all quite regimented.

Primary-school students returned in Denmark three weeks ago. By all appearances, it has gone well, so now high-school students are coming back. But Danish kids travel by bike, not school bus, and the country tends to have smaller schools.

In Germany, classes have also returned, but, in most institutions, they keep the doors and windows open. Students are also routinely tested.

Most importantly, in the European countries where school has resumed, community spread of the coronavirus is minimal.

Quebec has a continuing horror show in long-term care facilities. But, like neighbouring Ontario, it also has significant community spread.

Worse yet, after eight weeks of lockdown, it’s unclear where – beyond the meat-packing plants - or why that community spread is occurring.

When schools return and the economy opens up, there will be more cases. That’s inevitable, but also manageable – if we’re able to detect new infections quickly and do contact-tracing swiftly, within 24 hours.

Until Quebec – and other provinces – can do that sort of containment, school reopenings should certainly not be a priority. 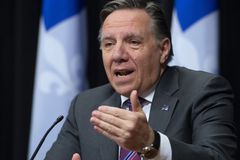 Quebec cautiously reopens some elementary schools and daycares after coronavirus shutdowns
May 11, 2020 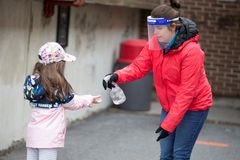 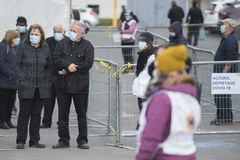