Quebec is closing all daycares, schools, colleges and universities for at least two weeks, sending 2 million students and younger children home in an attempt to avoid wide community spread of the novel coronavirus.

Experts in public health applauded the move Friday, while parents scrambled to find alternate child-care arrangements. The measures came on top of the province’s moves Thursday to ban large gatherings of 250 people or more, halt travel for public servants and impose quarantine on those already out of the country.

Many of the province’s municipal hockey rinks, pools, recreational centres and libraries are also closed.

Premier François Legault’s decision to close schools was a sudden reversal from one day earlier, when he and his public-health officials said they would not close them until they had confirmed cases of community transmission.

The number of confirmed cases of COVID-19 in Quebec stood at 17 Friday afternoon, the same figure as 24 hours earlier, after 600 additional tests. All of the confirmed cases came from travellers.

“We had foreseen perhaps doing this. Sometimes you might have the impression we are a little late, sometimes we are moving too fast,” Dr. Arruda said. “Everything has to be re-evaluated as we go.”

Experts in public health said the province made the right move. While children are the age group least likely to be made seriously ill by COVID-19, they spread viruses readily.

“I’m quite satisfied because I think this is the right moment,” said Alex Carignan, a physician and associate professor in microbiology and infectious diseases at Sherbrooke University. “Right now in Quebec there is no reason to panic, there is no sustained transmission happening. We can prevent catastrophic situations from happening like they have in Italy.”

Matthew Oughton, Director of the Royal College Training Program in Infectious Diseases at the McGill University Health Centre, said these social-distancing measures are important to avoiding quick spikes in cases.

“We can handle a lower number over a longer period of time much more readily than sudden increase. It’s like having a mortgage on your house instead of buying it in one shot,” said Dr. Oughton, who was a resident in Toronto during the SARS outbreak in 2003. “It spreads out the pain.”

Dr. Oughton said Quebec’s hospitals, like many in Canada, are already at or near maximum capacity. "If our remaining capacity is used up, you lose manpower, beds, intensive-care beds, ventilator machines. Then you can’t deal with day to day things like people who have a heart attack and need a ventilator machine. Then all kinds of people start dying from lack of resources.”

Quebec has about 1.2-million children in primary and secondary school, 300,000 in daycare and 500,000 postsecondary students. Most of them and their parents were scrambling to find a plan Friday.

“I’m in a real pickle,” said Alain Kuhn Von Kuhnenfeld, a 33-year-old father of children aged 12, 10 and 4. Mr. Von Kuhnenfeld works as an insurance adjudicator. His partner is a federal civil servant. Neither have answers about getting time off.

Mr. Von Kuhnenfeld says he can work at his east-end Montreal home, but it’s hard with three young children yelling in his ear .

His mother-in-law, who would usually keep the children under such circumstances, returns next week from El Salvador, but will be expected to go into 14-day quarantine. “I’m not sure what we’re going to do yet, but it’s going to be a challenge, that’s for sure,” Mr. Von Kuhnenfeld said.

Mr. Legault urged people to remain calm, adding there is no need to fear food shortages in the province. Quebec, like other places, has seen long lineups at supermarkets since COVID-19 cases and closings ramped up this week.

Quebec is moving from having all testing done in a central laboratory to having results analyzed at hospitals The province’s 600 results Friday marked a dramatic increase from the hundred or so conducted each day early in the week. 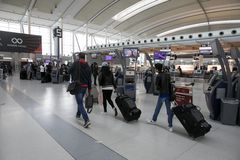 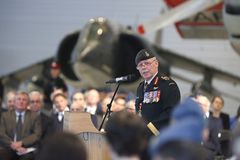 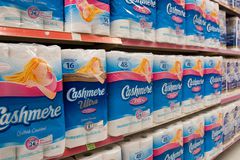