Quebec Premier François Legault often uses the word “audacious” to describe how he will govern but he chose a cautious path for his first fall fiscal plan.

Mr. Legault and his Finance Minister Éric Girard described unexpectedly strong economic growth and an increasing surplus in Quebec’s fall financial update on Monday, but said they will save their most ambitious plans for the money in the spring budget.

In contrast with the last Liberal fall update in Quebec in 2017 that included a billion-dollar tax cut, the Coalition Avenir Québec’s headline announcements Monday will give $200 more a year to low-income seniors over the age of 70 and $500 more per child annually to families with a second and third child. The child-allowance increase will drop off for families making more than $108,000 a year. The combined measures will cost about $350-million a year when fully implemented, about one-quarter of that this year.

“It was important to move quickly but you have to remember in finance the big budget comes in the spring,” said Mr. Legault, who took the unusual step of publicly delivering the fall update himself instead of leaving it to the Finance Minister. “It’s just a start. We’ll be putting more money back in your wallets.”

The province announced it will spend about $320-million a year to boost fiscal measures to encourage businesses to spend more on equipment such as computer hardware as well as manufacturing and processing equipment. Quebec lags behind Ontario and the national average in business investment.

The spending will be covered by the $4.5-billion surplus the province is forecasting before setting aside $2.9-billion for debt repayment for the fiscal year ending April 1 – a hefty increase from the $900-million surplus the previous Liberal government had projected. Higher-than-expected tax collection driven by economic growth is boosting the surplus. The Quebec economy is expected to grow by 2.5 per cent this year.

In an opening address to the National Assembly last week, Mr. Legault promised billions of dollars in education spending during his mandate; plans for schools dominated his opening address but his fiscal update contained nothing on that front. Last week, he also promised to reduce school taxes and public daycare surcharges.

The opposition parties criticized the government for sitting on the surplus instead of investing in health and education. Carlos Leitao, the former finance minister who is now the Liberal finance critic, pointed out $1.7-billion is available for services now.

“They’re being too cautious. It’s a missed opportunity. They had the room to go further with their priority items like education,” Mr. Leitao said. “There’s nothing in here to match their campaign promises.”

The province will accelerate Liberal plans to repay about $10-billion in debt from the Generations Fund, Quebec’s debt repayment investment fund that receives Hydro-Québec royalties and alcohol taxes. The Liberals had planned on making the payments over five years while the CAQ government will complete the payments this fiscal year and next.

In answering reporters' questions, Mr. Girard said he will reduce interest costs by about $332-million over five years by speeding up repayment. Mr. Leitao said the Caisse de dépôt et placement du Québec that manages the money may have trouble liquidating assets so quickly. 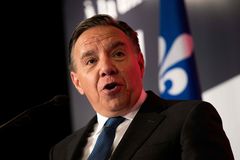 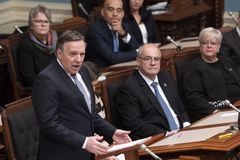 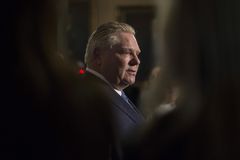