The town of Asbestos, Que., has finally chosen a new name: Val-des-Sources.

The former mining community two hours east of Montreal, long synonymous with the carcinogenic substance it produced for more than a century, will make the change pending provincial approval.

Municipal officials decided to rechristen the town last year as a way of spurring economic development, long stalled by the grim associations of its namesake mineral.

The new moniker, which refers to the valleys and bodies of water of the surrounding landscape, as well as the figurative source of future hopes, received 48 per cent of first-place votes in a ranked ballot with six options.

In a special session of council, where the change was unanimously approved, Mayor Hugues Grimard called the decision “historic.”

“With the new name, I’m confident that we will be prosperous and happy,” he said.

Cutting ties with a word seen as repellant in much of the world may seem like an obvious decision, but it has outraged a segment of the population that see the move as a repudiation of their history.

Local miners were once proud to excavate the so-called “white gold," but a shift in scientific consensus and public opinion about the product has left some feeling resentful of their pariah status.

The cottony fibres of chrysotile asbestos were used for decades in insulation and fireproofing, at a time when half of the world’s supply came from Quebec. Another point of pride was the famous 1949 Asbestos strike, seen by some scholars as a spark for Quebec’s Quiet Revolution, which modernized the province in the 1960s.

But in more recent decades, overwhelming evidence of the mineral’s cancer-causing properties turned a reputable name into a stigma, and later a dark joke. Having Asbestos as a mailing address also repelled new investment that was sorely needed once the mine finally shut down for good in 2012.

The word’s connotations were always less sinister in Quebec, where the substance usually goes by its French name, amiante. But Yan St-Hilaire, co-owner of the microbrewery Moulin 7, said being from Asbestos hurt local entrepreneurs in the international market.

“Americans are like, ‘What the hell, a town called Cancerville?’ ”

After an abortive attempt to rename the municipality in 2006, residents haltingly debated the question for years, before finally staging a five-day popular vote last week.

The six choices presented to voters were Jeffrey-sur-le-Lac (a reference to the name of the old mine), Trois-Lacs, Larochelle, l’Azur-des-Cantons, Val-des-Sources and Phénix, like the bird that rises from the ashes.

Critics objected to the format of the ballot, however, which did not include “Asbestos” as an option. Some residents are preparing a petition asking the provincial government to block the rechristening.

Resident Éric Dion opposes the change because the name Asbestos is so full of history. He believes the process was carried out "in the shadows,” without enough consultation.

In any case, he said, “This won’t change anything … People are still going to know it’s Asbestos.”

After years of debate, Asbestos, Que. is getting a new name in hopes it will help the economy
October 19, 2020 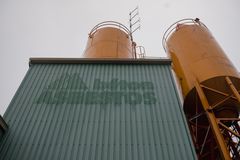 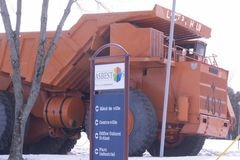