Quebec on Monday walked back a plan to offer medical aid in dying to those suffering severe, incurable mental illness and will now consult widely before making a final decision on the controversial issue.

Health Minister Danielle McCann made the announcement in Montreal at the opening of a one-day forum on changes to the province’s medical aid in dying law.

“We will, first, continue our consultations with the population,” McCann told reporters in Montreal. “We’d already announced that we would have a consultation at the end of February or early March, but we’ll go further and we’ll take the time we need to make sure we have a real social consensus.”

The consultation must continue in order to ensure Quebecers feel confident and comfortable with the choices that will be made, McCann said.

She said she’s been preoccupied by concerns that have been raised since she announced last Tuesday that, as part of changes to the province’s legislation to abide by a Quebec Superior Court ruling, the procedure would be made available to people suffering from severe mental illnesses that can’t be treated.

Last week, the province announced it would comply with last year’s court ruling that struck down part of its medical aid in dying legislation – specifically the requirement that someone seeking medically assisted death be “at the end of life.”

But amid criticism following that announcement, the province decided to roll back the measure offering the procedure to patients suffering from only mental ailments.

“I have been very sensitive to what has come out in the last few days,” McCann said.

She said the consultation process – originally expected to last at least a day – will now last “as long as it takes, because we need to have a social consensus around this question.”

But she assured those who suffer from serious degenerative diseases causing significant physical suffering that cannot be resolved by doctors and who meet the other criteria of the law can have access as so ordered by the court.

The case was brought by two Quebec residents – Nicole Gladu and Jean Truchon – who suffered from incurable degenerative diseases but did not meet the criteria for assisted death.

“The people who have neurodegenerative problems just like Madame Gladu and Monsieur Truchon will have access to medical assistance in dying on March 12, and we’ll see what happens with the federal government,” McCann said.

The Parti Quebecois’ Veronique Hivon welcomed the decision, saying the government had listened to concerns.

Hivon, who started the legislative process for medical aid in dying years ago while the PQ was in office, has said a fragile social consensus has been built on the highly controversial issue and going too fast with severely mentally ill patients would put that at risk.

“I sincerely thank Minister McCann for having reviewed her position, for having heard that society wants to be heard on this very sensitive and very complex issue,” Hivon said.

Jean-Pierre Menard, the lawyer who argued on behalf of Gladu and Truchon, also said extending consultation was the right decision.

“Consulting for the time that is necessary is desirable, we can never consult too much in this area,” Menard said on the sidelines of the Montreal forum. “But we shouldn’t use the consultation to evade the issue.” 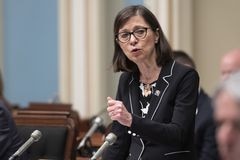 Quebec to comply with ruling that struck down parts of federal, provincial laws on medically assisted death
Subscriber content
January 22, 2020 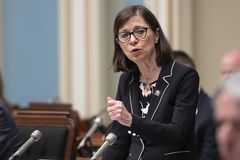