Quebec will take $10-billion from its debt-repayment investment fund over the next five years to pay off loans when Finance Minister Carlos Leitao reveals his budget later this month, marking the most substantial debt repayment the province has made since the Duplessis era in the 1950s.

While Quebec has had a series of budget surpluses in recent years, much of that money has gone into the Generations Fund, an account created in 2006 to offset provincial debt and get larger investment returns than Quebec was paying in loan interest. The announcement by Mr. Leitao and Premier Philippe Couillard Wednesday marks the first time in the fund’s 12-year existence the money will be used to directly pay down debt.

“It’s a historic moment for Quebec, and is a direct result of our good management of public finances and the good performance of our economy,” Mr. Couillard said, adding the move will save about $1-billion in interest payments over five years.

The Generations Fund currently has about $13-billion in assets and will continue to get annual contributions from budget surpluses, Hydro-Québec royalties and booze taxes, Mr. Leitao said. The fund is expected to receive $2.5-billion from those sources this year, rising to about $4-billion in 2020-21. The province has paid an average of 2.8 per cent in interest on its debt since 2012, compared with the 9.5-per-cent average return it has gained on the Generations Fund.

The transfer of money from the fund sets a new marker for the province’s financial health heading into the March 27 budget, but also illustrates the government’s view that investment markets and the hot Quebec economy may be nearing the end of a sustained run of growth.

“It’s possible we’re at the end of an economic cycle that includes a risk of a recession. We have to be prepared,” Mr. Couillard said. “There is a lot of uncertainty on the financial markets right now.”

Mr. Couillard was also sending a message to New York: The announcement was timed in advance of the budget and conducted partly in English to make sure the message reaches bond-rating agencies, he said.

Those agencies have praised Quebec for several years of solid financial management and rewarded the province with improved credit ratings. The move to pay down debt is a recognition low-interest rates may not last and an aging population remains a big concern, according to Douglas Offerman, senior director of Fitch Ratings Inc.

“Quebec is recognizing the tremendous debt burden it represents and making a material change going forward,” Mr. Offerman said. “It’s probably something to be seen as a small step in the right direction.”

The move in advance of the next provincial election on Oct. 1 also has a political purpose: The governing Liberals are facing stiff competition from the conservative opposition party, the Coalition Avenir Québec, which has promised to make debt repayment a priority. “I fear they will empty the bank account before the election,” said François Bonnardel, the Coalition party’s house leader.

More left-leaning opposition parties such as the Parti Québécois criticized the government for putting cold financial calculations and electoral survival over public services.

While recent budget surpluses have mostly been split between the Generations Fund, tax breaks and new spending on services, the province also paid off $610-million in debt in 2016, marking the first loan payback for Quebec since 1959. Quebec’s net debt remained steady at $185-billion in 2017 but has shrunk steadily relative to the size of the economy since 2015.

Quebec’s current debt-repayment plan still pales compared with the benchmark set in 1959, when finance minister John S. Bourque announced Quebec had paid back $22-million in debt, or nearly 9 per cent of the province’s total debt of $247-million. By comparison, the measure announced by Mr. Leitao will reduce Quebec’s debt by 1.1 per cent next year. 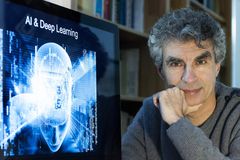 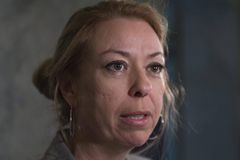