A Canadian woman is accused of threatening the life of U.S. President Donald Trump through a ricin-laced letter addressed to the White House. In it, she is alleged to have vowed to poison or shoot him while saying that “I don’t want the next 4 years with you as president.”

On Tuesday, the U.S. Department of Justice released these details as part of a unsealed criminal complaint against Pascale Ferrier, a 53-year-old resident of suburban Montreal who is being held in Buffalo.

The software developer, who was arrested crossing from Canada to the United States on Sunday, faces one count of uttering threats against the President, which is a criminal charge in the United States.

In a brief court hearing in Buffalo on Tuesday afternoon, a not-guilty plea was entered for Ms. Ferrier, who will remain detained. She said she would use a court-appointed lawyer because she cannot afford to hire one. A hearing is scheduled for Sept. 28.

On Tuesday, an affidavit filed in court from the U.S. Federal Bureau of Investigation special agent Jonathan Preston was released. It says Ms. Ferrier had a loaded gun in her waistband and was carrying a knife when U.S. border guards arrested her at the Peace Bridge.

Special agent Preston alleges Ms. Ferrier this month mailed at least seven similarly worded letters containing threats and white powder. One was addressed to the White House. Six were addressed to justice officials in Texas who jailed her for at least two months last year.

The U.S. Secret Service advised the FBI about the suspicious letter on Sept. 18, when it surfaced at a White House mail-sorting facility.

“I made a ‘Special Gift’ for you,” the letter to the President reads in part. “The gift is in this letter. If it doesn’t work, I’ll find better recipe for another poison, or I might use my gun when I’ll be able to come. Enjoy!”

The FBI says the writer called the President an “Ugly Tyrant Clown” and told him that “I don’t want the next 4 years with you as president. Give up and remove your application for this election.”

Ms. Ferrier this month referred to Mr. Trump as an “Ugly Tyrant Clown” on her public Twitter account, where she has also written “#killtrump.”

The FBI says they have determined that the letter sent to the White House had Ms. Ferrier’s fingerprints on it. The bureau said that is also true for several other threatening letters sent this month to officials in Hidalgo County, Texas.

The county sheriff’s office released a statement on Tuesday describing these letters.

“The author clearly stated a desire to harm Sheriff [Eddie] Guerra and three female detention officers as they too were sent letters,” the statement said. It added that “the FBI was able to confirm the substance found in all four letters received was ricin, a potentially deadly poison.” It is not clear who received the other letters.

No one is known to have been poisoned by any of the letters. The FBI has not laid any charges against Ms. Ferrier in connection with the Texas letters.

FBI special agent Preston’s sworn statement says the Texas correspondence was similar to the White House letter in that the writer also referred to poisons, having a gun and sending “special gifts.”

Records and social media show that Ms. Ferrier declared bankruptcy in Montreal before driving a motorhome to Texas in the spring of 2019.

While in Hidalgo County, she was arrested by local police and charged with unlawfully carrying a gun and using a fake driver’s licence.

Ms. Ferrier was detained in the Hidalgo county jail for at least two months. But the 2019 criminal charges against her were dropped when she was deported to Canada. 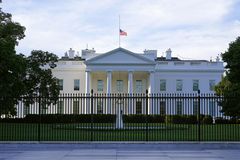