She said she found her mother semi-comatose after not being properly fed for days at the Herron nursing home. The ailing woman was taken to the Montreal General Hospital but, there, the staff was overworked, supplies were lacking and she had to share her room with two men with dementia.

What Susan Bartlett witnessed during her 94-year-old mother’s final days didn’t occur during the current COVID-19 outbreak. It was a year ago. And she is no neophyte to the hospital world but a medical school professor.

Dr. Bartlett shared her story to illustrate how the Quebec medical system was already stretched and its employees demoralized beforehand, so there was no slack left to deal with the pandemic.

Premier François Legault echoed her feelings on Friday when he acknowledged that “we got into this crisis poorly prepared.”

Half of Quebec’s 688 deaths from COVID-19 took place in seniors’ homes. “It’s been a few days and nights that I asked myself what I could have done differently in the last few months,” Mr. Legault told reporters.

He conceded his government should have acted more promptly to raise wages for orderlies. “I take full responsibility."

Dr. Bartlett said her experience last year showed her that care for the elderly in Quebec had already eroded so much that “it takes the slightest little thing to tip the system over and then it can’t function at all."

She is a senior scientist at the Research Institute of the McGill University Health Centre (MUHC), a network that includes the hospital where her mother spent her last weeks. “It wasn’t until it was my own mother and I was sitting by her bedside up to 18 hours a day that I understood how far our system has fallen,” she said.

Asked for comments, the Montreal General said it encouraged Dr. Bartlett to file a complaint with the hospital’s ombudsman. ”We are sorry that we did not meet the expectations of Dr. Susan Bartlett and her family,” MUHC spokeswoman Gilda Salomone said.

Dr. Bartlett’s mother, Betty, lived in Toronto and had Alzheimer’s disease. As her condition got worse, Dr. Bartlett decided to transfer her mother to a nursing home in Montreal.

Betty moved to the Herron in September, 2018, and at first things seemed fine, as long as Dr. Bartlett was able to visit frequently. In November, Dr. Bartlett left for a five-day business trip. On her return, she was about to attend her daughter’s graduation at McGill when the nursing home called to say her mother wasn’t well.

She found Betty semi-comatose, dehydrated, lying in soiled bedding. She was told her mother had not had any food or liquid in four days. An ambulance took her mother to the Montreal General.

Herron’s owners didn’t answer a request from The Globe for comments. Dr. Bartlett said a Herron manager told her at the time that they had fired a nurse and put two nursing assistants on disciplinary leave.

Dr. Bartlett didn’t pursue the matter further with the nursing home since “my mother was never going back there again” and because she now had to worry about the care dispensed at the Montreal General.

She was shocked that neither the staff in the emergency room, nor those on the geriatric floor, where her mother was transferred, expressed surprise at what had happened in a nursing home.

Her mother shared a room with two men with dementia who screamed continuously for hours. One of the men also kept throwing objects within his reach so Dr. Bartlett had to talk him into tossing softer items, like Styrofoam cups.

She saw there were empty rooms but was told her mother couldn’t be relocated there because those were already allocated. They also turned down her request to pair her mother with another female patient, who also had Alzheimer’s and was terrified of her male roommates.

The staff looked overworked. Patients were left for long stretches in their soiled diapers, and relatives would be sent to other floors to scavenge for blankets, diapers or lotion to relieve bedsores. Dr. Bartlett brought glass cleaner to scrub the dirty windows. She purchased thickening agents so her mother wouldn’t choke on her liquid food.

"They would come and put a tray in front of her and, you know, poke a straw into the juice container and leave. Well, she was in such a condition at that point, she couldn’t lift the cup … So if I wasn’t there to feed her, she would not have eaten.”

As her mother’s condition declined, Dr. Bartlett tried to get her admitted to palliative care but was turned down because Betty was not considered in sufficient pain or distress.

In the last three or four days of her mother’s life, Dr. Bartlett struggled to find some privacy with her mother in the room while the men with dementia screamed and one kept pulling back Betty’s bed curtain. The commotion made it impossible for Dr. Bartlett to call Betty’s sister so they could have some last words.

In the last 24 hours, her mother was taken to a private room. She was now actively dying, the phase closest to death. Her breathing became laboured and noisy. “It’s extraordinarily distressing to hear,” Dr. Bartlett recalled.

The day before her mother died on Jan. 10, 2019, she sent an e-mail to the geriatrician who treated Betty, with proposals to improve end-of-life care.

“I think what totally devastated me in the end was not the endless hours that I was captive with the delirious roommates chanting for help ... but the utter total disinterest and disengagement of the staff,” she wrote.

“It was the default of the rote ‘There’s nothing I can do, you’ll have to talk to X tomorrow’ from nurses, unit clerks, residents … that crushed my soul.” 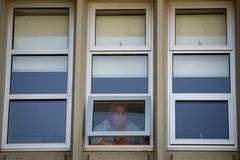 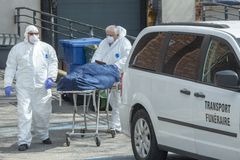 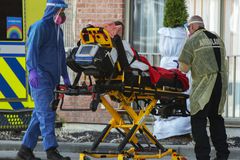