A slow but steady rise of COVID-19 cases in Quebec’s private seniors residences in recent weeks is causing concern among experts and authorities, who want to avoid the disaster that befell long-term care homes during the first wave of the novel coronavirus.

As of Wednesday evening, there were 39 private residences in Quebec with 180 COVID-19 cases between them listed on the government’s website. Four among them were described as “critical” because more than 25 per cent of their residents were infected.

In comparison, only 20 long-term care homes were listed as having cases. One facility was listed as critical.

Yves Desjardins, the head of a group representing hundreds of seniors residences, says the number of facilities affected and the total number of COVID-19 cases in the network remains low. He said, however, managers are watching the trend carefully.

Unlike the first wave of the virus, which was concentrated in long-term care, the second has the virus spreading throughout the community, according to health officials. Mr. Desjardins says community spread poses a risk for people living in seniors residences because they are generally more active than residents of long-term care homes.

“We have a clientele that is much more autonomous, that move around, families coming to visit, workers coming to the residence,” Mr. Desjardins said in a recent interview. “The virus is circulating in the community, and we’re in the community.”

Health Minister Christian Dubé has expressed concern about cases appearing in private seniors homes, known as RPAs. On Sept. 15, he tightened health directives in those facilities, mandating that masks be worn in common areas such as hallways and elevators.

Seniors residences must record the names of guests, who are required to wear masks. Despite the rules, there have been some outbreaks.

The four seniors residences listed as critical are located in the Quebec City area and in the region to its south, called Chaudière-Appalaches. The RPA called Villa Ste-Rose in Laval, north of Montreal, has seen cases jump from four to 18 in recent days.

Mr. Dubé said this week that while some cases in seniors residences are unavoidable, public health is contacting each place to ensure infection-control measures are being followed.

By raising the salaries of orderlies in long-term care homes, he said the government may have lured people away from the public sector. That attempt to reverse critical staff shortages in long-term care has the potential to increase seniors residences' dependence on employment agencies.

“If your personnel is insufficient, and you have to choose between not giving a woman a bath, or giving one by someone who might have the virus, what do you do?” he said in a recent interview.

A major issue that contributed to hundreds of deaths in long-term care homes in the spring was the fact employees worked in more than one facility, often carrying the virus with them to vulnerable and captive populations.

Mr. Desjardins said it’s nearly impossible to “100 per cent” ensure staff only work at one residence, especially when some health professionals come in and out to provide services.

He said, however, that owners of residences generally ask staffing agencies to ensure personnel don’t rotate between facilities. When it comes to professionals providing medical services, they are asked not to visit multiple places in the same day, he explained.

Both Mr. Demers and Mr. Desjardins said private seniors residences are better prepared to face a second wave than long-term care homes were prepared to face the first wave of the novel coronavirus last spring.

Owners have a set of clear guidelines explaining which measures to impose based on the alert levels in their regions, covering everything from visitors to cafeteria dining. Infection-control measures are now known and understood, and personal protective equipment such as masks are available, Mr. Desjardins said.

Mr. Demers said the population in seniors residences are healthier than in long-term care homes and generally live in their own small apartments, which makes distancing easier. They’re also less likely to suffer from cognitive problems such as dementia.

He believes the government’s biggest challenge when it comes to private seniors homes is to find the right balance of measures that will protect people from the virus while allowing them the social contact that’s essential to their mental health.

After witnessing the hardships caused by the restrictive measures placed on seniors homes last spring – such as including banning all visitors and limiting movement – there’s little appetite for another lockdown, he said. 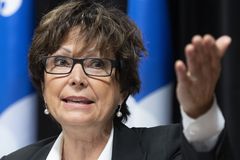 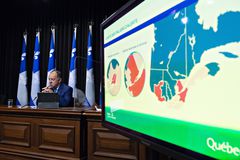 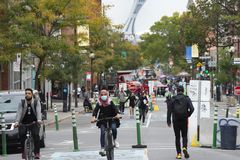