The Quebec government will boost program spending and plans to pour billions of dollars into improving schools, hospitals and transit lines, according to a budget unveiled on Tuesday that was written before the global economy darkened.

Finance Minister Eric Girard projects a balanced budget, including a $2.7-billion payment into Quebec’s debt repayment fund, but relies on robust projected economic growth of 2 per cent. The budget does not address the recent crash in the stock market, and barely mentions the COVID-19 outbreak that has sickened and killed thousands, put cities around the world under quarantine, broken supply chains, disrupted industries and wilted investor confidence.

However, Mr. Girard, considered a fiscal conservative in the Coalition Avenir Québec government, said an increase in program spending of 5.1 per cent and long-term infrastructure investment will stabilize the economy. “Our timing couldn’t be better,” he said. “It may be the virus will have an impact on the confidence of consumers. When private demand weakens, public administration has a role to play.”

Mr. Girard strayed from his budget documents to point out that economists have recently downgraded their global economic growth projections to 2.5 per cent from 3 per cent. Quebec relies heavily on exports and the global economy, but “this is manageable,” he said. “Our public finances are in excellent shape, our financial framework remains solid.”

Mr. Girard said extra money would be available if the COVID-19 outbreak affects Quebec in a major way. He declined to say if he would allow the budget to go into deficit.

“What we’ve seen in the past with health crises is, if it is contained early, we will see a bounce-back,” Mr. Girard said. “The economy was doing well in February, we had record employment. March was more severe. We will see what the evolution of the virus is.”

Among other projections, the budget document predicted stable interest rates, oil prices and a steady Canadian dollar – all of which were proven wrong just in the past week. These factors are not necessarily negative for Quebec’s finances, because the province is heavily indebted, buys oil and drives its economy with exports, which are more competitive with a weakening Canadian dollar.

Carlos Leitao, the Quebec Liberal finance critic, said the government projections are too optimistic. The plan pushes at least half of new spending beyond the current mandate and demonstrates a lack of urgency, he said.

“The Finance Minister is minimizing the threat of an economic slowdown,” Mr. Leitao said. “The signs have been there since the start of the year, the North American economy was slowing down. It’s very dangerous.” The growth projection, he added, “lacks rigour. It’s unrealistic.”

Mr. Leitao has called on the government to set aside $1-billion that could be “deployed rapidly” in an economic shock. “There is just an enormous amount of uncertainty right now,” he said.

While the budget plan promises an additional $5.9-billion in spending on schools and $3.3-billion on public transit, those sums are spread over a 10-year infrastructure plan and would not kick in until 2023. Christian Dubé, the Quebec Treasury Board President, said the timeline is necessary to allow studies, planning and competitive bidding processes.

The CAQ government has made a priority of increasing Quebec’s standard of living to be competitive with that of Ontario and to get the province off federal equalization payments.

Mr. Girard said Quebec’s standard of living as measured by real GDP per capita was 13.6 per cent behind Ontario’s in 2019, an improvement of nearly two percentage points from the year before. In 2019, Quebec’s standard of living was $47,853 in GDP per resident compared with $54,360 for Ontario. Quebec will receive $13.2-billion in equalization payments from the federal government for this budget year, a $100-million increase over last year.

Environmentalists criticized Premier François Legault during his 2018 election campaign and since because his party lacked a detailed climate change plan.

Green initiatives unveiled on Tuesday include $265-million this budget year in spending on projects such as the electrification of public and private transport, including incentives to buy electric cars. The sum is expected to increase to $1.35-billion a year in 2025. The government has promised to hit the greenhouse gas emissions reduction target of 37.5 per cent by 2030.

Nature Quebec, a conservation group, condemned the measures as demonstrating a “lack of ambition in addressing the climate crisis and nature protection.”

“This is not a green budget,” said Manon Massé of the left-wing Québec Solidaire. “This is an accounting exercise in greenwashing. The targets are modest, the sums are minimal, many of them are not new, many reach beyond the government’s mandate.” 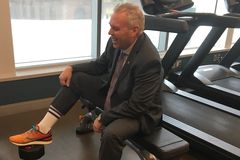 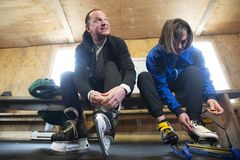