Queen’s University has dismissed a long-time track and field head coach, who said he was terminated Wednesday because he was outspoken about how the University of Guelph handled allegations against a star coach.

The firing of Steve Boyd, the reigning cross-country coach of the year who led the women’s cross-country team to a national title in November, was met with shock by the athletic community.

Earlier this month, The Globe and Mail reported that Dave Scott-Thomas allegedly had a sexual relationship with a young athlete, Megan Brown, and had a “win-at-all-costs” attitude that was detrimental to many athletes.

The story also revealed that the University of Guelph was made aware of the relationship in 2006, and did little to punish its coach. Ms. Brown was subsequently ostracized from the university and community.

Mr. Scott-Thomas’s lawyer has said that the allegations were unsubstantiated and inaccurate.

Mr. Boyd, who has coached at Queen’s since 2010, has been a vocal critic of the alleged behaviour of Mr. Scott-Thomas, and how the University of Guelph has handled its knowledge of the coach’s actions.

Mr. Boyd said Leslie Dal Cin, Queen’s University executive director of athletics, provided him with a verbal warning in a meeting last week. “She said I couldn’t talk about Dave Scott-Thomas or the University of Guelph in any matter – I could think about it, and that’s about it,” he said.

Mr. Boyd said he was also informed by Ms. Dal Cin that the complaints first stemmed from University of Guelph athletics director Scott McRoberts, who told Queen’s that his school had been made aware of posts by Mr. Boyd on a message board that were critical of the 2006 investigation of Mr. Scott-Thomas.

Neither Ms. Dal Cin nor Mr. McRoberts responded to requests for comment.

According to Mr. Boyd, the complaint from Guelph came before The Globe report was published. After The Globe investigation came out, Mr. Boyd also entered into an exchange with a group of Guelph alumni on Facebook.

In those posts, he suggested that a potential punishment for Mr. Scott-Thomas’s alleged behaviour, and what he called the University of Guelph’s initial lack of action, could be to vacate the school’s cross-country and track national titles. A group of athletes allegedly complained to Queen’s University about Mr. Boyd’s comments, according to the coach.

“It took 13 years for Guelph to fire their coach for what he did, and it took two months for Queen’s to get rid of me for having an opinion about it,” Mr. Boyd said.

“Mr. Boyd has repeatedly engaged in public commentaries that do not reflect the values expected by representatives of Queen’s University," the statement read. "The university is committed to ensuring a safe and respectful environment for its student athletes, and other members of the broader sporting community, of which Queen’s University is a member.” The school said it would not comment further on the matter.

In a separate statement to student athletes from Ms. Dal Cin and Sean Scott, director of high performance sport in athletics and recreation, they said: “We appreciate that this information will be very unexpected and disappointing to you … however immediate action was required and we needed to communicate this information to you as quickly as possible.”

In his defence, Mr. Boyd said: “This isn’t just a university issue – [Mr. Scott-Thomas] had the power to make and break people’s careers. Lots of people have made careers behind him. Queen’s refused to acknowledge that this is the biggest story in our sport, maybe since Ben Johnson. And it is silence that kept this story from coming out years ago, so it’s ironic that I’m now being fired for talking about it.”

In response to questions over the firing of Mr. Boyd, the University of Guelph told The Globe that it does not “comment on human-resource decisions made by other universities.”

The shameful truths behind the Megan Brown story

The current Queen’s track team was stunned by the news of the coach’s dismissal. Marley Beckett, a co-captain of the track and cross-country teams, said she learned of the news when the school called a 12 p.m. meeting with student athletes.

“There was no context to the meeting,” she said. "They just told us that comments were made by [Mr. Boyd] that didn’t reflect the university.” She said she even had a follow-up call with a member of the athletics department, who declined to provide any further detail. "We were told that if we wanted answers, we could go to the dean of students affairs or the provost,” she said.

Ms. Beckett said it seemed as though the decision was rushed, as there is an indoor track meet this weekend that the team is supposed to attend, but no plan in place with the dismissal of their coach.

Ms. Beckett said Mr. Boyd promoted a safe, healthy environment for athletes. “I don’t think that the university should punish him for advocating for safe sport and women’s safety,” she said.

“Some on the team have said that if he isn’t coaching, they’ll consider leaving Queen’s and going elsewhere,” she said. “Steve is a key to keeping us all honest.”

Gavin Hatheway, who was the Queen’s cross-country team captain in 2016, says Mr. Boyd helped develop him as a runner. “I found it a welcoming environment,” Mr. Hatheway said of Mr. Boyd and his coaching.

Mr. Hatheway said he was not shocked by the coach’s firing. “He is opinionated. But I’m disappointed in Queen’s because he’s had a significant impact in a positive way,” he said.

Reid Coolsaet, who ran at Guelph and has represented Canada at the past two Olympics, says he feels that Mr. Boyd was being insensitive to those in the Guelph running community who were grappling with the Scott-Thomas news.

“His timing was bad,” said Mr. Coolsaet, who participated in the heated exchange between Mr. Boyd and several Guelph alumni on the Facebook thread. “But I didn’t think he would get fired.” 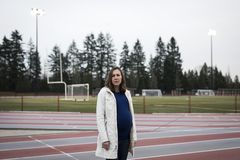 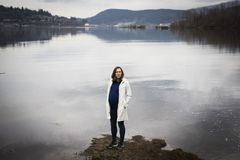 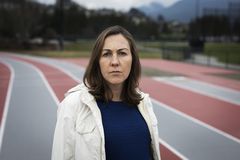