Frances Wesley said a sense of relief could be felt in the room at the first vaccine clinic held for off-reserve First Nations members living in Thunder Bay. The smell of sage burning from the smudge bowl used to bless the Pfizer COVID-19 doses and the nurses administering them also filled the room with reassurance as a lineup formed outside of people scheduled to get their first shot.

Ms. Wesley, the executive director of the Matawa Health Co-op, an organization that serves nine First Nations communities in Northern Ontario, said close to 200 doses were administered to its off-reserve members in a clinic that first opened this week. She said the Matawa group prioritized vulnerable people including those older than 60, the homeless or precariously housed and those with mental-health illnesses.

Thunder Bay moved back into the province’s grey lockdown zone last week as it continues to struggle to get a handle on the virus, which has spread significantly among the city’s homeless and precariously housed, many of whom are Indigenous and First Nations.

Chief Chris Moonias from Neskantaga, one of the Matawa First Nations, declared a state of emergency last month after an outbreak infected 12 members living in the city. Chief Moonias said most of those cases have been resolved, however one of his nephews remains in the ICU.

According to a 2018 community report, close to 500 people are in homeless situations, such as couch surfing or accessing emergency shelters in Thunder Bay.

Ms. Wesley said the doses for Matawa’s clinics are being provided by the Thunder Bay health unit based on how many people register. She said Matawa was able to move quickly because it has extensive health care resources, including nurses and physicians on staff.

She said Matawa worked with health directors from each of their communities to get a list of those living in the city for registration. There are about 4,000 members from the nine Matawa First Nations who live in Thunder Bay, according to Ms. Wesley.

“Some people will say no,” she said. “Others are so excited they can hardly wait.”

She said they’ve already been approached by other First Nations and groups about holding clinics for their off-reserve members and communities accessible by road. Remote Indigenous communities were given immediate priority because of their isolation and inadequate access to health care.

Nishnawbe Aski Nation, a political organization representing 49 mostly remote First Nations, said more than 9,000 members living in remote communities have been vaccinated so far as Operation Remote Immunity nears completion. Meanwhile, public-health units and regional health authorities are leading the rollout in urban Indigenous and road-access communities. Nishnawbe Aski Nation noted there’s a sense of urgency for those close to hot spots such as Thunder Bay as COVID-19 cases and outbreaks in the city continue to put lives at risk.

Ontario Regional Chief RoseAnne Archibald is a member of the provincial vaccine task force and says the goal is to vaccinate all First Nations in Ontario by April 30.

She said clinics to vaccinate people 55 years and older have already begun in some urban locations such as Anishnawbe Health Toronto and Shkagamik-Kwe Health Centre in Sudbury.

The Thunder Bay District Health Unit says it’s already vaccinating the homeless population in the city with partners at different clinics and that many road-access communities in the district have received their first doses. The health unit said it is still in the planning stages with Indigenous organizations for vaccinating off-reserve members in the district.

Ontario announced Friday its plans to move to Phase 2 of its vaccine rollout plan based on age and risk, focusing on ages. Indigenous communities and people were identified as a priority group at the beginning of the pandemic and vaccine rollout because of higher rates of poorer health outcomes and higher risk of COVID-19 infections and transmission.

Thunder Bay wasn’t listed as a COVID-19 hot spot region slated to get additional doses in the province’s transitional plan. Dr. Dirk Huyer said it was based on historical, not current, data of hot spots such as Peel and Toronto. 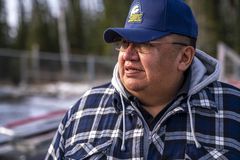 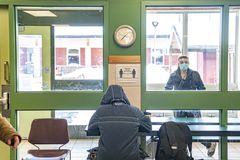