Canada’s top police officer is voicing lukewarm support for a nationwide handgun ban at a time when the country’s two largest cities are pressuring Ottawa to bolster its proposed firearms legislation.

RCMP Commissioner Brenda Lucki hedged on the question of whether an outright prohibition on handguns is the way to go.

“I’m not sure if a complete ban is the answer or tweaking the legislation to ensure more accountability. That’s definitely something we need to study,” Commissioner Lucki said on CBC’s The House.

She added, “In some of the bigger areas that we police, handguns are definitely an issue and it’s something that our members are always aware of.”

Montreal city council is to vote on a motion Monday calling on Ottawa to strengthen its gun-control bill, C-71. The motion, which seeks a countrywide ban on handguns as well as assault rifles, is being tabled by Alex Norris, a councillor with the governing Projet Montréal party and chairman of the city’s public security committee.

“These are weapons principally designed to kill people and we’re convinced we need to do the utmost to restrict access to such weapons,” Mr. Norris in an interview said on Sunday. “The more that circulate in our society, the less safe we are.”

Montreal has traditionally been a leader in pressing Ottawa on gun control measures, spurred by shooting tragedies such as the 1989 Polytechnique massacre, and Mr. Norris said he is hopeful Monday’s motion will obtain unanimous support on city council. His party holds a majority of seats, ensuring its passage.

Montreal’s move builds on a motion adopted by Toronto last month urging Ottawa to ban handguns in the city as well as prohibit assault rifles and semi-automatic weapons. Toronto proposed the ban after the handgun deaths of a 10-year-old girl and 18-year-old woman in a mass shooting on Danforth Avenue.

“It’s important to listen to the voice of Canada’s big cities in this debate,” Mr. Norris said.

Prime Minister Justin Trudeau has shown openness to the idea of a ban, and said last week his government is “listening attentively” to the motions from Canada’s two largest cities.

“There have been a number of events over the past weeks and months, tragedies that have people reflecting on what more we can do to protect citizens and keep communities safe,” he said in Quebec.

“We’ve moved forward on significant measures in Bill C-71 that will keep our communities safer, but we know there are further discussions about the next steps that can be taken.”

Bill C-71, tabled in March, would widen the scope of background checks for those seeking to acquire a gun. Companies that sell firearms would have to keep records of each one they sell, including details on purchasers. The new law would also enhance background checks people must undergo to obtain licences to acquire and possess firearms.

Commissioner Lucki indicated her force is prepared to consider various options for dealing with handgun violence.

“The bottom line is one life taken by one handgun is one life too many, so we definitely need to look at alternative ways of dealing with that situation.” 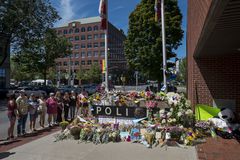 Gun makers up in arms over Shopify’s ban on certain firearms sales
August 15, 2018 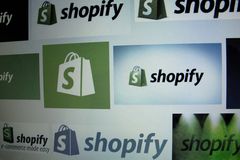 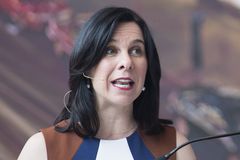