A Quebec photographer wants a judge to order the RCMP to destroy all the images of Canadians it obtained through a controversial facial-recognition tool.

Ha Vi Doan’s proposed class-action lawsuit in Federal Court seeks unspecified damages for her and other Canadians whose photos and related information were allegedly part of a massive database compiled by U.S. firm Clearview AI and used by the Mounties.

Clearview AI’s technology worries many privacy advocates because it allows for the collection of huge numbers of images from multiple sources with the aim of helping police forces, financial institutions and other clients identify individuals from photos.

The federal privacy commissioner said this month the company will stop offering its facial-recognition services in Canada in response to an investigation by the commissioner and three provincial counterparts.

Clearview’s retreat includes an indefinite suspension of the company’s contract with the RCMP, its last remaining client in Canada.

The Mounties said in February that their National Child Exploitation Crime Centre had two licences for the Clearview AI application and had used it in 15 cases, resulting in the identification and rescue of two children.

The RCMP said a few of its units were also using Clearview AI on a trial basis to determine its usefulness.

Doan’s proposed class proceeding says the RCMP became a Clearview AI client even though the company’s services entailed a “large-scale invasion of privacy of residents and citizens of Canada,” as well as infringement of copyright.

Doan is passionate about photography and takes pictures of herself and others, posting a significant number on her own website and online platforms such as Facebook and Instagram, the filing says.

She alleges her “personal biometric information” and photos have been collected, copied, reproduced, stored or used by Clearview without her knowledge or consent.

The class action would cover three types of plaintiffs:

– people in Canada whose images are in the Clearview AI database,

– those who were the subjects of targeted database searches by the RCMP, and

– those holding copyright and moral rights with respect to photos.

It seeks a court order that the RCMP destroy all documents and information from Clearview in response to searches of the database. The court action also wants the Mounties to be barred from future use of the database “or similar services of other providers.”

The RCMP “should have known better” and verified compliance with Canadian laws and regulations before using Clearview’s services, said Lev Alexeev, a lawyer for Doan.

Cpl. Caroline Duval, an RCMP spokeswoman, said the force was reviewing the filing, but declined further comment since the matter is before the courts.

Doan has filed a second planned class-action suit in Federal Court against Clearview AI, alleging privacy and copyright infringements. It seeks an order that Clearview destroy all personal information about Canadians and be forbidden from doing business in Canada.

On its website, the company says it aims to help law-enforcement agencies solve the toughest cases, and its technology comes with strict guidelines and safeguards to ensure investigators use it only for its intended purpose.

Dozens of groups and individuals working to protect privacy, human rights and civil liberties recently wrote to Public Safety Minister Bill Blair urging a ban on the use of facial-recognition surveillance by federal law-enforcement and intelligence agencies.

No federal directives on the use of facial recognition technology have been given to law enforcement, said Mary-Liz Power, a spokeswoman for Blair.

“Canadians can continue to be confident in the important work performed by our agencies to keep our communities safe.” 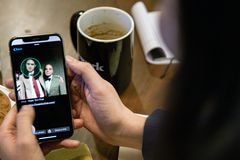 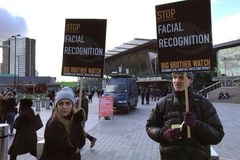 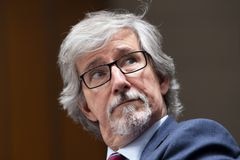