The head of Canada’s national police force apologized to the families of missing and murdered Indigenous women Monday while pledging improved relations with aboriginal communities.

“On behalf of myself and my organization, I’m truly sorry for the loss of your loved ones and the pain that this has caused you and your families and your communities,” RCMP Commissioner Brenda Lucki testified in Regina at the national inquiry into missing and murdered Indigenous women.

“I’m sorry that for too many of you, the RCMP was not the police service that it needed to be during this terrible time in your life. It is very clear to me that the RCMP could have done better and I promise to you we will do better.”

The inquiry has been holding hearings from more than a year and time and again stories have surfaced of police not taking the cases of missing Indigenous women seriously. Victims were frequently seen to be written off by investigators as sex workers or addicts.

Commissioner Lucki said the RCMP have made changes to the cadet training curriculum to include more Indigenous material.

One of the added modules includes a scenario involving an 18-year-old Indigenous girl whose backstory is constructed from testimony heard at the inquiry.

Commissioner Lucki said that she wants the cadets to get exposure to those situations.

“Given some of the things that have come out of the testimonies, it’s important that they have recognition of the cultural sensitiveness of these investigations and the importance of knowing what to expect with these investigations,” Commissioner Lucki said.

Another addition to RCMP training includes a blanket exercise in which cadets are taught to better understand the different issues facing Indigenous people. That program has been introduced over the past four to six months and Commissioner Lucki participated in the first one.

Heather Bear, a vice-chief with the Federation of Sovereign Indigenous Nations, said there must be oversight to see if this new training changes attitudes.

She said that it’s going to take time to notice a difference, noting she still gets calls from Indigenous women who have experience police violence.

“By having this training, the awareness, for our people, the measuring is going to be when the harassment stops. Then we’ll know it has succeeded,” Ms. Bear said. “Today, these are words and these are attempts, so I guess the test of time is what I’ll be watching.”

In Commissioner Lucki’s cross-examination, she said that two officers went through a restorative type process in consultation with the Indigenous community after allegations of a racist Facebook post, that reportedly said Colten Boushie deserved to die, were founded.

Mr. Boushie was an Indigenous man who was killed at Gerald Stanley’s farm in Biggar, Sask., in 2016. Mr. Stanley was charged with second-degree murder but found not guilty.

Commissioner Lucki added the RCMP has to work to have better trust with the communities they serve. That includes being more inclusive and more tolerant.

“Are we going to eliminate racism? I don’t know if we will,” Commissioner Lucki said. “But we can hold those to account and make sure it doesn’t happen again and use those as examples.”

I think it’s certainly a good beginning,“ Ms. Buller said. ”The proof will be in what happens on the ground.“

Commissioner Lucki became the RCMP’s new commissioner in April and is the first commissioner from the Mounties to be a witness at the inquiry.

She said that an aboriginal and First Nations awareness course is mandatory for cadets to take within two years. It’s also mandatory training for officers in some northern parts of the country. 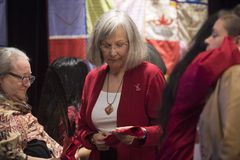 Opinion
Why Manitoba chiefs don’t support an extension of the missing and murdered inquiry
April 12, 2018 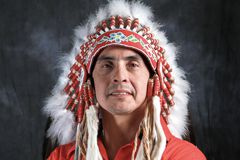 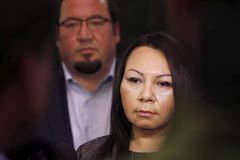