A recent recall of pre-cooked roast beef due to possible contamination from Listeria is being expanded.

The agency now says the roast beef produced by Erie Meat Products Ltd., of Mississauga, Ont., has been sold elsewhere in Ontario in addition to Alberta, Quebec and Newfoundland and Labrador, and may have also been sold in other provinces or territories.

The CFIA says the product may have been portioned and sold without a label, coding or under a different brand. The beef carries best-before dates of April 10 and April 17.

Consumers and establishments such as hotels, restaurants and hospitals are advised to throw out the meat or return it to the location where purchased.

Food contaminated with Listeria monocytogenes may not look or smell spoiled but can still make you sick. Symptoms can include vomiting, nausea, persistent fever, muscle aches, severe headache and neck stiffness. 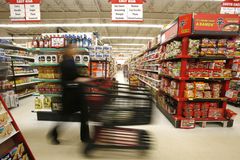 Harvest Creek Chicken Nuggets linked to salmonella outbreak
March 29, 2018
Health Canada warns about dangerous USB chargers as more than 1.5 million units recalled
March 27, 2018
Report an error
Due to technical reasons, we have temporarily removed commenting from our articles. We hope to have this fixed soon. Thank you for your patience. If you are looking to give feedback on our new site, please send it along to feedback@globeandmail.com. If you want to write a letter to the editor, please forward to letters@globeandmail.com.
Comments are closed