The announcement came as the military prepares to pull out of the homes, despite repeated requests from Premier François Legault to keep at least 1,000 Forces members there until the fall.

Mr. Trudeau said 150 Red Cross workers would arrive before July 6, with the balance in place by July 29.

The Red Cross workers headed for Quebec will remain at the homes until Sept. 15, by which time thousands of workers hired by the province are expected to be trained and ready to take over the jobs.

Mr. Trudeau said a small number of Canadian Armed Forces personnel will remain at four of the care homes until the COVID-19 situation is stable, while 10 teams of seven will be ready to deploy in the case of an emergency.

He praised the work of the soldiers, who were deployed to 47 Quebec care homes, known as CHSLDs, as well as to several homes in Ontario.

“Over all, the situation in the CHSLDs has greatly improved,” he said at a visit to an Ottawa craft brewery. “The needs are no longer the same as they were two months ago.”

More than 3,730 people have died of COVID-19 in Quebec’s care homes, which have long suffered from a lack of staff.

Mr. Trudeau said the replacement of Armed Forces personnel with civilians was part of a “transition plan” created in conjunction with the province that would allow the soldiers to return to their regular duties.

The workers will be paid from the $100-million in federal funding the government announced for the Red Cross in May to help it meet the demand created by COVID-19.

Conrad Sauve, the president and chief executive of the Canadian Red Cross, said the first 150 workers have already been recruited and their training will begin next week.

Mr. Sauve said he is confident the group will find 900 people to help in Quebec’s care homes by the end of July, but he didn’t offer any guarantees.

“There is nothing that makes us believe we won’t reach those figures as we move ahead,” he said.

Public Safety Minister Bill Blair said there is “strong and growing evidence” that the crisis in Quebec’s long-term care homes is under control.

But he said there is still work to do.

“I want the people of Quebec to understand that we, the Quebec government and the Canadian Red Cross remain absolutely committed to the health and safety of those citizens,” Mr. Blair said.

The novel coronavirus has hit Quebec the hardest of all provinces, and the government’s decision earlier this week to report case numbers weekly instead of daily caught many by surprise.

Health Minister Christian Dubé announced on Twitter on Friday that he had listened, and starting Monday the province will resume daily updates on the numbers of COVID-19 cases and deaths.

“Since the beginning of the pandemic, our government has always been transparent. We are going to continue to be so,” Mr. Dubé wrote. 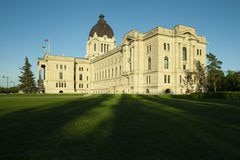 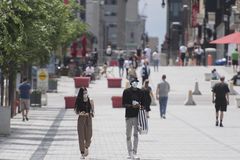 Opinion
Why is Canada dragging its feet on mandatory masks?
Subscriber content
June 25, 2020 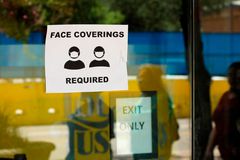