When Regina parent Kathleen Eisler learned her children’s school would close to in-class instruction this week, the only emotion she felt was relief.

“It made me not the bad guy,” she said. Ms. Eisler and her husband had planned to pull their children early anyway fearing the rise in COVID-19 infections in Saskatchewan.

It will be challenge to have three of her children learning at home, but Ms. Eisler believed that for schools to have a chance of reopening in January after the holidays, her district made the right decision.

Regina Public Schools was the first major school division in the country to make a local decision – rather than following a provincial directive – and move all its prekindergarten to Grade 12 students from in-class learning to remote learning, starting Monday. It is the second-largest school division in Saskatchewan, after Saskatoon Public Schools.

The district has added one week of remote learning to either side of the scheduled holiday break, which means students won’t be returning to the classroom until Jan. 11. Its Catholic counterpart – Regina Catholic School Division – followed suit.

The decision to extend the holiday break amid a second wave of the virus has weighed on politicians, educators and public-health officials across the country. Students struggled with online learning in the spring when schools closed abruptly during the first wave of the pandemic. Since then, several provincial governments have been reluctant to close schools, even temporarily, pointing to the social and emotional well-being of children.

However, as the pandemic caseload in communities increases, educators and doctors worry how this will affect classrooms and what it could mean for the academic year.

Nova Scotia, Alberta, Manitoba and Quebec have all taken some measures to temporarily suspend in-person classes for some, if not all, of their students. Meanwhile, Windsor-Essex County’s Local Medical Officer of Health ordered all schools in the Southwestern Ontario region to close this week and students to learn remotely as concern deepens about rising COVID-19 infections.

Greg Enion, director of education for Regina Public Schools, said the announcement last Monday to temporarily suspend in-class learning was a “difficult decision.” However, as of Dec. 7, the division had had 39 out of its 57 schools affected by cases of COVID-19, and 56 classrooms closed.

Further, the school division has been concerned about not having enough substitute teachers to fill in the gaps when classroom teachers are absent. It recorded more than 8,400 employee absence days so far this academic year, 24 per cent more than at this point in a typical year.

“There’s no doubt that this interruption will have some negative connotations for learning. But we are hoping that by doing this interruption that we will be able to return full time in January,” Mr. Enion said.

Some families had requested help with technology, he said. Others have asked for paper packages of learning materials. Mr. Enion said the division is being as flexible as it can over this temporary period of remote learning.

Ms. Eisler has children in Grades 6, 4 and 1. Her youngest is in daycare. She and her husband work from home and will try to balance their jobs while helping their children with their learning.

Patrick Maze, head of the Saskatchewan Teachers’ Federation, said the extended time away from in-classroom learning was welcome by educators. He said teachers were being pulled in many directions, trying to teach children in their classrooms and those who were self-isolating at home, while at the same time putting their learning materials online.

He said that he expected other districts to move in a similar direction as Regina.

Jerome Cranston, dean of education at the University of Regina, said that unlike the spring, when schools shut down abruptly, this temporary closing has been better planned. Many families and educators are more familiar with online learning tools.

“The resources that have been created to accommodate and to support families are better than the ones that everybody was rushing to put together in a very short time frame,” Dr. Cranston said.

Still, he said he was worried about how this disrupted school year would affect children not only in Regina, but also in many parts of the country.

Dr. Cranston said that school boards, educators and faculties of education need to start planning for a recovery learning cycle. “I think now is an opportunity to move beyond dealing with the immediate and starting to look six, eight, nine months down the road,” he said. 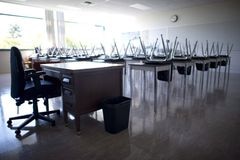 Windsor to shut all schools until new year due to coronavirus fears
February 3, 2021 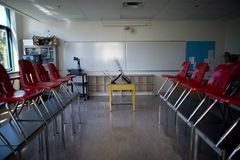 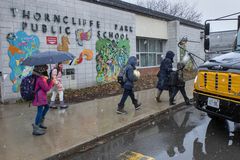