Federal regulators overseeing the technology for Canada’s national public-alerting system are contending with high turnover and poor records management as they try to ensure that Canadians get life-saving, localized warnings about imminent threats.

Canadian Radio-Television Communications commission records released to The Globe and Mail speak to governance issues around the system, which issues warnings to Canadians through radio, television and – since 2018 – direct-to cellphone alerts.

Because there is no ministry in Ottawa in charge of managing the national public alerting system, the CRTC – an independent regulatory body that sets rules for public airwaves – plays a crucial central role by overseeing its evolving technology.

“Everyone currently responsible for the Alert file … were assigned to the file in 2019 so there is currently no corporate history on the matter,” CRTC manager Paul Richer wrote in an internal e-mail in July.

In another message released under the Access to Information Act, Mr. Richer said CRTC oversight of the alerting file lay within its “financial multi-platform technology analysis” team. “It does not really roll off the tongue,” he said. “… I guess it sounds better than the leftovers that don’t fit anywhere else.”

Mr. Richer was discussing with colleagues how to respond to questions that The Globe and Mail had sent the CRTC about a 2017 “fact-finding” report that the regulator commissioned highlighting governance gaps in the alerting system.

The CRTC does not control how the alerting technology is used by government officials. That job belongs to provincial emergency-management officials.

Problems in these operational uses of the system came to public attention in Nova Scotia in April, when a gunman rampaged through that province’s rural regions for 13 hours. While local police and public-safety officials had access to the system’s technology to send cellphone alerts to people in the affected regions, they did not do so.

The gunman’s massacre of 22 people was Canada’s deadliest mass shooting. A commission of inquiry will explore which government officials should bear the brunt of the blame for public-safety failures.

For years, insiders have pointed out that Canada’s national alerting system has no central governance. The federal government has passed no laws shaping it, it pays nothing into it and it has put no civil servants in charge. Instead, operational agreements are hashed out by informal meetings of federal and provincial officials, who have adopted alerting technology at starkly different rates.

The technological platform was created by the CRTC through the regulatory body’s powers to tell telecommunications corporations what to do. This infrastructure costs taxpayers nothing. The CRTC has instead been diverting cable-TV revenues toward a public-private partnership with Pelmorex, the company that controls the Weather Network and which has been entrusted by the CRTC to run the alerting technology.

In 2017, the CRTC commissioned what it called a “fact-finding” report. The regulatory body conducted interviews with “key stakeholders,” including representatives of broadcast and telecom corporations and also federal and provincial public servants. Their voices were quoted but not named by the CRTC in a bid “to encourage openness and the sharing of information.”

”No one is ‘boss’ of public alerting in Canada,” one stakeholder said in the 16-page report. “The CRTC has authority over broadcasters but not over federal, provincial‐territorial users.”

The Globe first reported on the document in July, and later followed up by using the Access to Information Act to request e-mails generated in response to questions.

The released e-mails indicate the CRTC lost track of its own 2017 report. “Can you find a copy?” senior CRTC official Scott Hutton asked after The Globe’s story. “I have been scouring to try to find the report. I know that I saw the report at one point but have not been able to locate it,” Mr. Richer replied.

An alerting system needs careful central stewardship, observers say. “It is an essential service – let’s call it what it is,” says Ernest MacGillivray, who retired in 2017 as New Brunswick’s director of emergency management.

He credited the CRTC for creating a crucial piece of infrastructure that governments across Canada now rely upon but which they could never themselves agree on paying to build. “The only reason this got done was because of the CRTC,” Mr. MacGillivray said.

But he stressed that the system’s capabilities are not cohesively governed. “We don’t really have an appropriate national governance framework – we’ve done it in dribs and drabs and bits and pieces through the regulator and through collaborations and through gentlemen’s agreements.”

“Where do you get the authority for a person and a salary and an operating budget if you don’t actually have a program?” Mr. MacGillivray asked.

During the massacre in April, Mounties discussed sending a cellphone alert to the public. But police decided instead to use Twitter to issue bulletins about the gunman, just shortly before RCMP officers located and shot him dead.

RCMP commanders are now in the midst of province-by-province negotiations for heightened police access to the national alerting system.

The CRTC first took on responsibility for building up the technology for Canada’s national public-alerting system in 2009. In 2018, the commissioners released a ruling saying they would like to offload this responsibility to “a single, nation-wide authoritative policy-making body.”

The regulatory body did not answer questions about how much staff and resources it devotes to managing the alerting technology.

“The CRTC has resources dedicated to ensuring the communications system safeguards Canadians, which includes public alerting,” spokeswoman Patricia Valladao said. She said her organization commissioned the 2017 fact finding report – which was never released publicly – “to gain a fulsome view of a wide variety of stakeholders.” 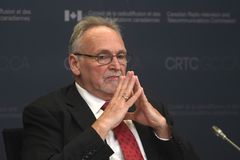 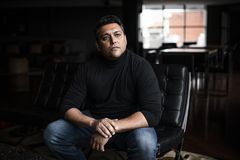