“Absolutely!” there will be tears on Oct. 2 when Vivienne Poy begins the slow, circling climb up to the Hill 70 Memorial in the small town of Loos-en-Gohelle in Northern France.

Many tears will be shed for the young Canadian men, often still in their teens, who fought here for 10 shockingly brutal days in the middle of August, 1917. It was a ferocious battle, in which 1,877 Canadian lives were lost – each ultimate sacrifice now marked on the concrete pathway of the new memorial with a small and poignant maple leaf.

And there will be tears, as well, for the sheer folly of such violent conflict, perhaps never quite so sharply illustrated as in what became known as The Great War.

“They were so young,” Ms. Poy says of those who fell here. “They thought going to war was glorious to them. That’s what’s so sad.” Ms. Poy, 78, is a retired Canadian Senator, a past chancellor of the University of Toronto and a successful fashion designer who founded her own company. Today, she is one of hundreds of donors who have made possible the completion of the Hill 70 Memorial in Loos and, on Oct. 2, she will stand among those who will gather there for a special ceremony, complete with wreath laying, an antique aircraft flyover, pipe bands from Belgium and France, and representatives from regiments across Canada. The remains of three Canadian soldiers, recently unearthed and identified, will be laid to rest in a nearby military cemetery. Families of the deceased will be invited to the burials.

In prayers and speeches, those who gather here on Oct. 2 will honour those who fought in this pivotal battle and pay tribute to the generosity of the donors, who made the memorial possible – an ambitious, $8.5-million project, in which there is not one penny of Canadian government money.

THE GLOBE AND MAIL, SOURCE: TILZEN; 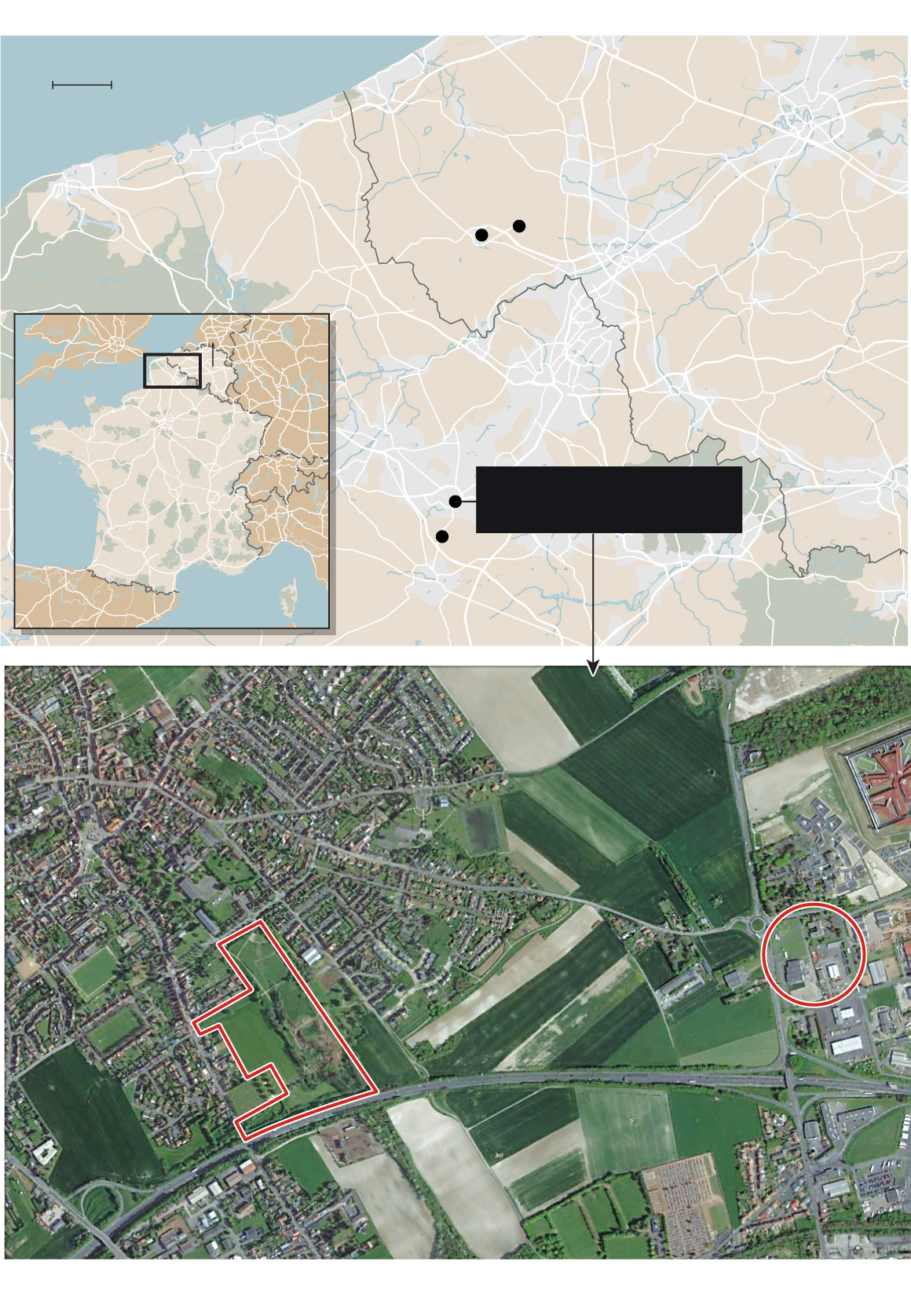 Ms. Poy, like virtually every other donor, many of them anonymous, had never heard of Hill 70 when she was first asked to help. As a Senator, however, she had worked hard, and successfully, for recognition for the nearly 2,000 Canadian soldiers – 291 of whom died – who fought to defend Hong Kong in late 1941; the British colony ultimately fell to the Japanese. In 2009, a memorial wall for these soldiers was erected in Ottawa.

Ms. Poy was still a baby when the battle for Hong Kong was fought. Her family would spend the next four years rootless and homeless.

Her husband, Dr. Neville Poy, a retired plastic surgeon and brother to former Canadian governor-general Adrienne Clarkson, was also in Hong Kong. He remembers being six years old and helping take down the laundry on the roof of the building, in which his family lived when the planes flying low over the city began dropping bombs. He watched them fall; he saw what they did.

The Battle for Hill 70 – known as “Canada’s Forgotten Battle” to the more than 80 volunteers on the project – was fought between August 15 and 25 in 1917. It took place on the outskirts of Lens, a key coal supply city in the Nord-Pas-de-Calais region of occupied France. The Canadian Corps took on four divisions of the German 6th Army, which no other ally had been able to crack.

It marked the first time the Canadian Corps were under the command of a Canadian, Lieutenant-General Arthur Currie, a portly real estate agent from Victoria, who is today acknowledged as a military genius, having never lost a battle and having played a key role in the victory at Vimy Ridge earlier in the spring. Currie’s reaction to his very first order – to take Lens – had been to tell his British superiors he had a better idea.

If the Canadians could take nearby Hill 70 – so called because it was 70 metres above sea level – then from the hill they could at least keep the Germans holed up and prevent them from sending reinforcements to German forces under significant siege elsewhere along the Western Front.

British Command listened and, out of respect for Currie’s growing battle reputation, let him have his way. He mapped out his strategy, planned the attack intricately and executed it brilliantly.

It was, as Currie knew it would have to be, an unbelievably horrific fight. A journal kept by Arthur Lapointe, a signaller serving with the 22nd Battalion, describes the initial assault in graphic detail: “We reach the enemy’s front line, which has been blown to pieces. Dead bodies lie half buried under the fallen parapet and wounded are writhing in convulsions of pain. … A section in the second wave has come up a communications trench and opened fire with a machine-gun on the Germans. … Now they lie in a mass of grey, with blood splashed all around. One lifts a hand to his chest and falls in a dugout entrance. I shall never forget his face, a mask of tortured agony. … The sun is spreading golden rays over all this carnage and destruction, as though mocking at the strange folly of mankind."

The Canadians took, and held, the hill. And they held it through a remarkable 21 German counterattacks – a number that only underscored how important the Germans considered the position.

Victory at Hill 70 came at a heavy cost, however. There were close to 9,000 casualties, nearly 2,000 killed, and more than 1,000 Canadians suffered from mustard gas poisoning. German losses were far worse. Many of those who fell in battle were never found.

The Frederick Lee Walkway leads off the rise to the monument and is named in honour of the 21-year-old from Kamloops, B.C., who died here.

One of the most generous donations came from Robert Ho, who was born in Hong Kong in 1932, survived a difficult war experience to run a successful newspaper business and became a Canadian citizen in 1993. Now living in Vancouver with his wife, Greta, he decided to contribute a significant sum because of such sacrifices as that of Frederick Lee. “As a Chinese immigrant, he had no rights in Canada at the time,” says Mr. Ho, whose son, Robert, will represent him at the Oct. 2 ceremony. “He nevertheless managed to volunteer and enroll in the Canadian troops. He fought bravely for Canada and gave his life for our country. The Battle of Hill 70 has been forgotten by many, but the story of Lieutenant-General Currie, of Frederick Lee and their compatriots who fought for Canada needs to be remembered.”

That is exactly what struck Col. Mark Hutchings back in 2007, when the 27-year veteran of the army attended the 90th anniversary of Vimy. A friend, Peter Hill, showed Hutchings some of the Canadian tunnels around Loos and they stopped, stunned, at an inscription signed by John McBean of Carey, Man. He would die on the first day of the battle. He was just 16.

“Where is the memorial?” Mr. Hutchings asked as he left the tunnel. “Precisely,” Mr. Hill responded. “There is none.”

Mr. Hutchings later was named Honorary Colonel of the Princess of Wales’ Own Regiment and began reaching out for support to get a proper memorial built. Then governor-general David Johnston agreed to serve as patron. Commander Chris Hadfield, whose great-grandfather and great-great-uncle fought at Hill 70, would be a spokesman for the project. Ms. Poy would help.

First they had to find a suitable location. The actual Hill 70 is now suburbs, but the ridge extended to Loos and the town was happy to offer eight hectares of parkland for the price of a single Euro.

The French were so accommodating to the Canadians that an accountant in Lens referred them to an old French law that exempted such projects from value-added tax. The French ambassador to Canada, Nicolas Chapuis, took up the cause and the French government agreed to the exemption, saving the group hundreds of thousands of Euros in taxes.

For design of the memorial, they turned to Nicholas Caragianis Architect Inc., of Ottawa. Consulting architect Sarah Murray says the most challenging part of the project was simply educating herself about the First World War. She finally had to stop reading history books – “It is devastating.”

Ms. Murray’s company did the designs and local firms under a French project manager completed the construction. The rising walkway stops at an amphitheatre named after Arthur Currie, with a rising obelisk that sits exactly 70 metres above sea level.

“It is a particular human theme that inspired the design,” Ms. Murray says. “The effort to rise [above oneself], and simply punctuate the earth and sky to say, ‘We were here.’ ”

Under direction of Susan Everett, a retired superintendent with several Ontario school boards who now lives in Kingston, an extensive educational component was launched. It includes a website (www.hill70.ca), a history book with contributions by well-known military historians, educational kits that have been delivered to 3,500 Canadian schools, a travelling museum exhibit and ingenious graphic novels that tell some of the Victoria Cross stories.

“I think it is safe to say that the Battle of Hill 70 is no longer forgotten,” Ms. Everett says.

There were, not surprisingly, a few hiccups along the way. The original landscaping used extensive prairie grass as a note to Canada, but a very wet 2018 spring and hot summer saw the grass explode to a point where many locals thought the unfinished memorial had been abandoned. Now, they mow the grass along the pathways.

As well, the town of Loos insisted they have a paved parking area and washrooms which, as soon as they were completed, were taken over by Roma and their caravans. That has led to an unexpected additional €64,000 cost for a barrier system to prevent future squatters.

But it is finally complete. The French government, so generous in so many ways, has honoured Mr. Hutchings with the Knight of the National Order of the Legion of Honour, the republic’s highest distinction. The Canadian government has furnished nothing.

“We have offered it to the Canadian government a number of times," Mr. Hutchings says. “This is a part of Canadian history that is inclusive. Apart from the commonwealth, there were 22 other countries with connections to Hill 70, from Russia to Japan, as well as many Indigenous soldiers who fought here.”

The project group factored in maintenance costs with their fundraising. “We’re not asking the government to take over the costs,” he says. “It’s fully funded. This government could get points if they would accept it.”

Ms. Poy remains baffled by the lack of interest shown by Ottawa. She was able to arrange meetings with various officials, but so far there has been no response.

“It’s very frustrating,” she says. “It doesn’t seem to be going anywhere.

“I don’t understand it.”

Watch: The First World War battles at Vimy Ridge and Passchendaele are well-known in Canadian history. Less so is the battle for Hill 70. Here's a primer on what happened there.

The Battle of Hill 70: Canada’s remarkable victory remembered
August 20, 2017
The longest moment of silence as memorial for Canadians’ sacrifice at Hill 70 unveiled in France
April 8, 2017
Hill 70’s hero, Parliament Hill’s janitor: Filip Konowal’s journey from heroism to hard times
April 4, 2017
Your war stories: Globe readers on loved ones who fought at Hill 70 and Vimy Ridge
April 3, 2017
A look back at how the Globe covered the battles of Vimy Ridge and Hill 70
April 1, 2017